In 1767 the Hudson Bay Companyâs supply of fur had been going down at their forts on Hudson Bay because the NW company operating from Montreal increasingly set up forts closer to the native people who gathered the furs across what was to become Western Canada. Some of this competition took place in the Elk Point â Lindbergh region. Two fur traders in the area competed constantly for each company to manage the fur trade battle.

Angus Shaw worked for the North West Company. By 1789 he was working managing the competition as that year he built a post at Moose Hill Lake (Moose Lake, Alta, northwest of Muriel Lake), where operations involved twenty men and four canoes.  The drainage patterns here allowed him to travel from Moose Lake along the Thin River to Bangs Lake, on to Kehewin Lake, over a few sloughs to Simmo Lake and to get on the sand plains and get to the North Saskatchewan River. Here three years later in 1792 he established Fort George (near Lindbergh), high up the banks of the North Saskatchewan River. This major trading post employed more than 100 men and more than 15 canoes. 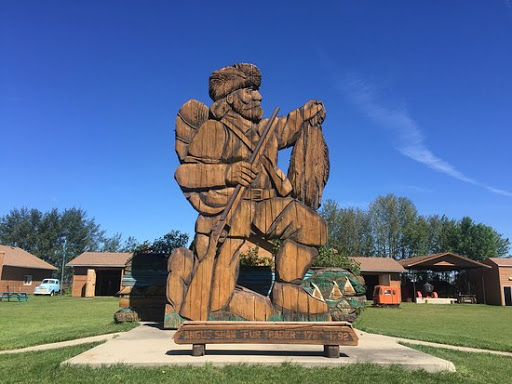 In 1795 Shaw had Fort Augustus (near todayâs Fort Saskatchewan) built farther up the river. As a wintering partner with Donald McTavish in the English River department, he established a post at Lac la Biche in 1799, and from there sent 20 men to build another at the mouth of the Slave River. During these years Shaw was caught up in fierce rivalry with the Hudsonâs Bay Company and its employees, who included William Tomison.

A dominant figure in the western fur trade for over 30 years, the Orkneyman William Tomison joined the Hudson's Bay Company as labourer in 1760 and, seven years later became one of the Company's first inland travellers from York Factory. He led the competition against the North West Company by developing bases in many areas where the fur trade could be carried on.

By 1778 he took charge of Cumberland House. As "inland master" from 1786 to 1803 he led the effort against the North West Company along the Saskatchewan. He was responsible for establishing Buckingham House (1792) near Lindbergh and Edmonton House (1795), each his company's most westerly post of its day. Tomison retired to Orkney in 1811.

As well the trail established by John Rowand, from Winnipeg to Edmonton, passed through our area (often called the Carlton Trail or the Victoria trail for the main forts located on the trail) was a main pathway into the west for almost a century. It was created north of the North Saskatchewan River because the land to the south of the river were the scene of fierce rivalry between native bands, especially Cree and Blood tribes.

Attached to these pages are a Yearly Journals page from each of the HBC forts usually compiled by the chief trader and his apprentices. The journals were microfilmed by the Hudson Bay Archives in Manitoba as past of an arrangement with the Hudson Bay Company and the province of Manitoba. We provide the written journals for those who have an interest in reading the original works. 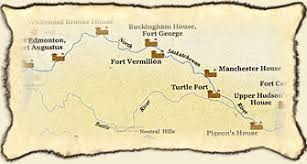