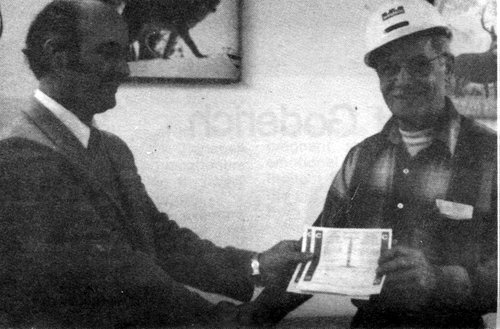 George and his wife Maude have lived on the Company Townsite since 1949, where they raised their family of three daughters and one son. Their three daughters are married, two living in Edmonton and one in Ft. McMurray. Their son is residing in the Elk Point area. They are the proud grandparents of six children. 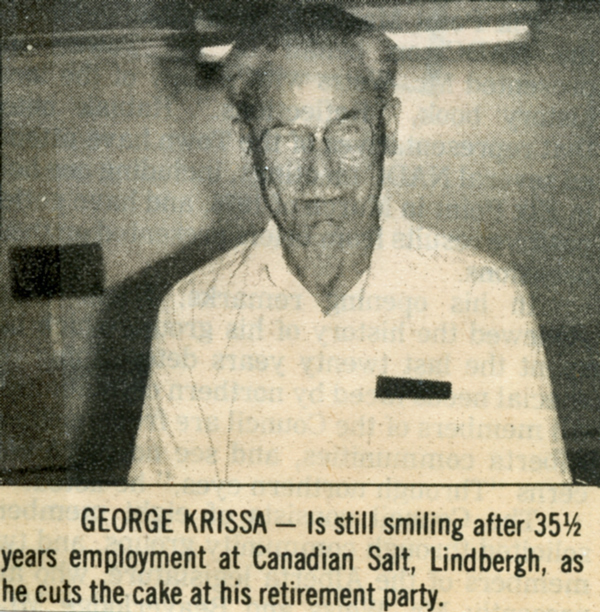 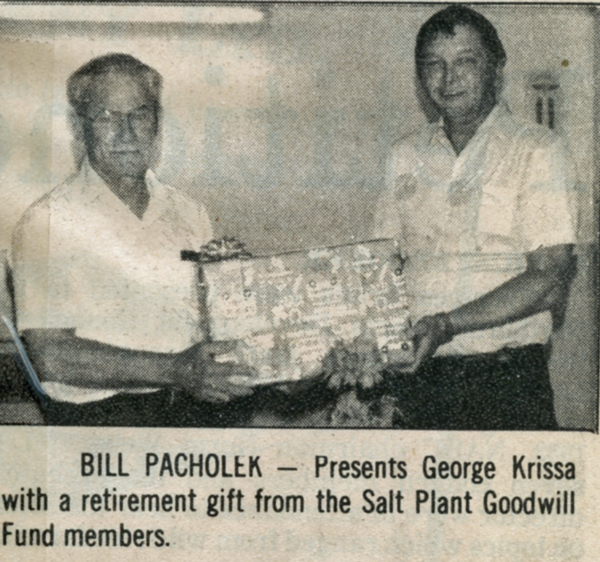