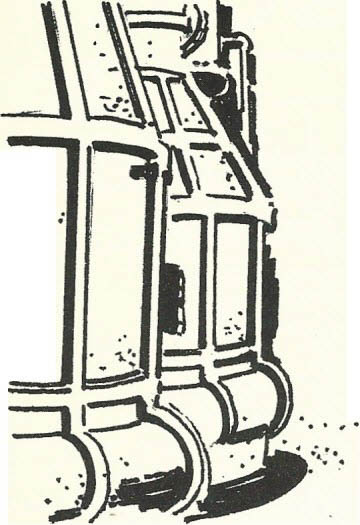 The annual children's Christmas party on December 12th featured a program of recitations, songs and skits done by the children. The climax of the afternoon, of course, was the visit from Santa Claus. Both children and grown-ups enjoyed the afternoon immensely, and many thanks are due to the ladies who worked so hard with the children to make the concert such a resounding success.

The adults' party, on December 18th, was equally successful in its own way. The evening began with a pot luck supper, and continued with dancing to the music of the Heinsburg Old Timers. "A good party", was the comment of all who were there.

The curling season began well, with a mixed-up bonspiel. This was open to all comers 12 years and over, and teams were picked out of the list of entries. Eight teams participated, playing six games in a point system of play. After a week of enjoyable curling, the final results were as follows:

The third annual ladies' Windsor Club Bonspiel was held January 8th and 9th, with the winning teams lined up as follows: 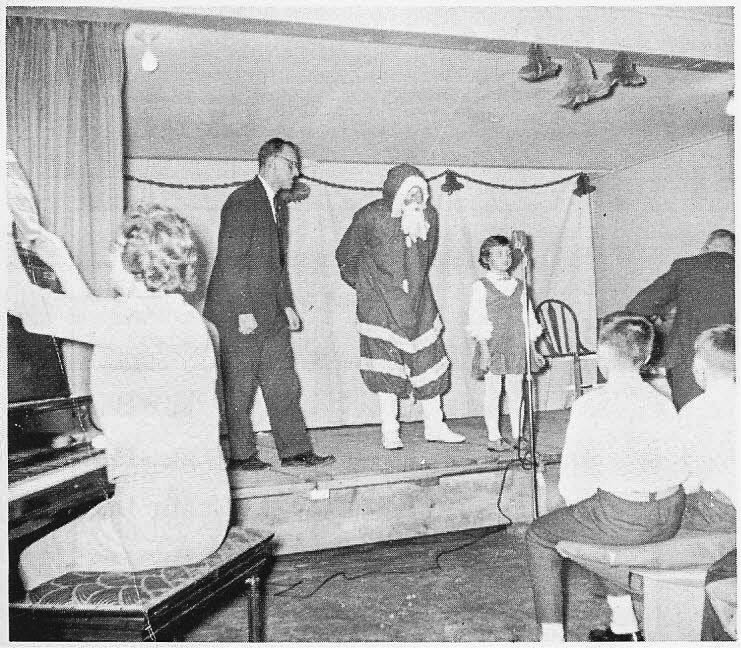 Most of the adults' fun at a children's party is watching the kids. Here, Ernie Schulz and a friend (who shall be nameless) stay right up on stage to watch a solo rendition. 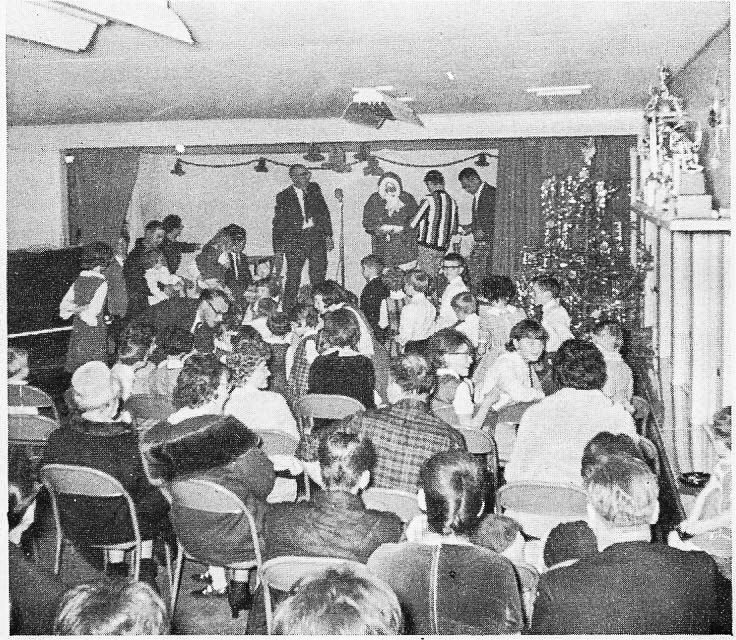 The grown·ups watch as children receive their gifts from Santa Claus and his helpers.