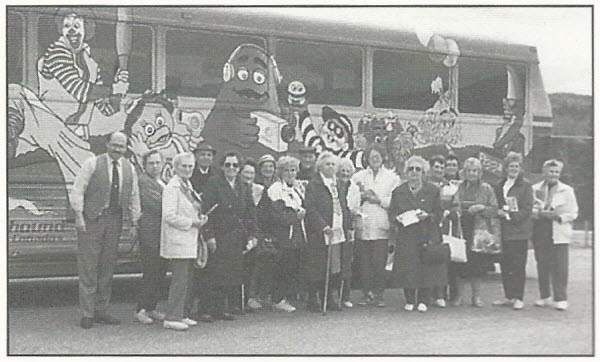 Imagine our surprise when we saw the McDonald's Adventure bus pulling into our parking lot - we knew we hadn't ordered "Big Mac's" for lunch. We were about to receive visitors from Edmonton. The St. John's Seniors' Group were fortunate to enjoy the complimentary bus

service to come from Edmonton to visit our Facility.

enjoyed this position and remained there until his retirement. He and his wife Nesta are retiring on the farm which is their favorite way to live. They have no desire to travel or move elsewhere as they enjoy the farm life and consider it their hobby. John and Nesta, we wish you both a very happy 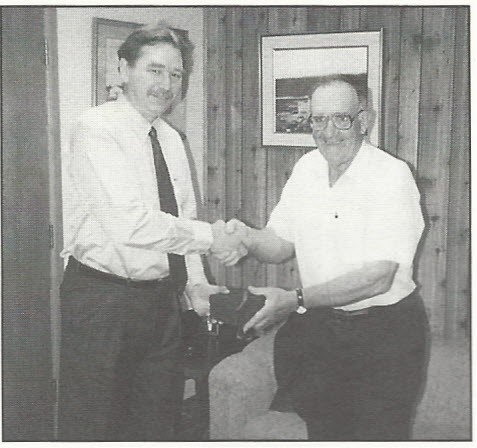 Alvin Meger has attained 40 years of service with our Company on June ll, 1994.

Alvin has filled a variety of positions during his 40 years including Block Press Operator, Warehouseman, Relief Shipping Supervisor, Fused Plant Supervisor, Shipping Supervisor and his current position of Packaging Supervisor. It is obvious with his background and service years that Alvin is a valuable resource of information and experience. He is seen receiving his award from Guy Leblanc. Congratulations Alvin on reaching yet another plateau in your career. 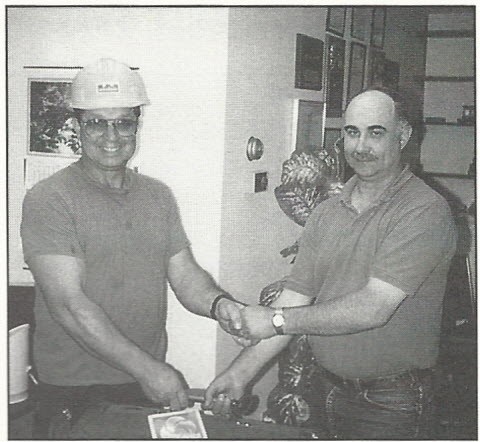 William Zapesocki (Warehouseman) celebrated his 30th anniversary with our Company on July 14, 1994. Bill started to work as a Bagger, he then worked at a variety of jobs including working in the household packaging, Block Press Operator, and loader. When asked to reminisce about the past Bill said he finds the most change has been in automation. He remembers when they had to load the trucks and railroad box cars by hand. They would load 100 lb. bags into box cars piling them 13 high. He says it is much easier today to get the job done, by using the fork truck ... no more "pinched fingers" and sore muscles. He is seen receiving his award from Garry Gulayec. Congratulations Bill on reaching this milestone in your career. 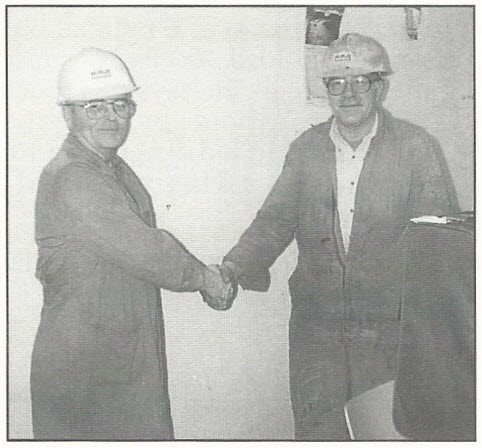 Congratulations to Del Smith (right) on achieving 2S years of service on February 11, 1994. He is seen here being congratulated by Orest Fedorus. 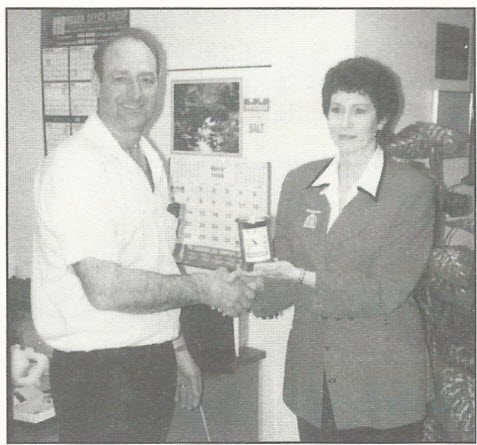 Congratulations to Jane Dikeman on achieving 20 years of service on March 18, 1994. Pictured here is Jane accepting her award from Tom Melnyk. 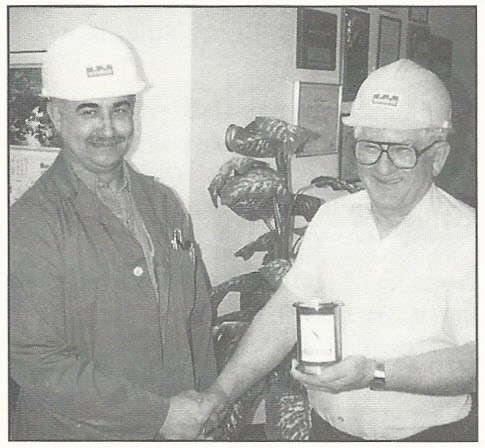 Congratulations to Adam Smereka on achieving 20 years of service on March 13, 1994. He is seen here accepting his award from Garry Gulayec. 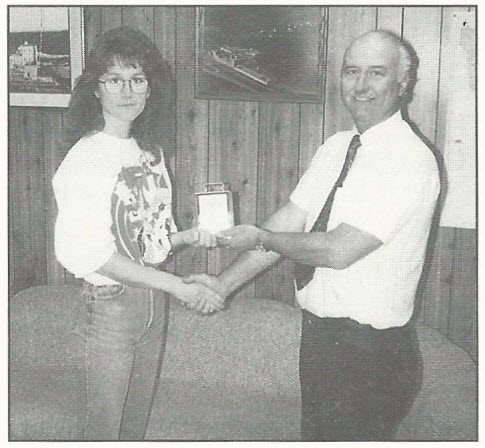 Congratulations to Pamela Semeniuk on achieving 10 years of service with Canadian Salt. She is seen here receiving her award from Ken Palamarek on July 3, 1994