George Krissa, Windsor Curling Club ice maker, attended an ice making school in Edmonton. Lately he has been resting up by big game hunting. Up 'til now the moose have been quite safe â anyone know the address of a school giving a good big-game hunting course?

Tom McLennan attended a Calgary Highlanders reunion. Unfortunately, there was no one along to take pictures for "Licks". A picture of Tom in kilts would likely make the front page.

The duck shooters are back at the expensive hobby again â buying shells retail and shooting them off wholesale. The price of beef is a steal by comparison. The upland game bird season sees much the same conditions â the shooters thinner and half-dead, and the birds fatter and very much alive.

Ronnie Lorenson left the employment of the Company after six years. He's going to be a full-time farmer now, so he should find lots of use for the electric drill presented to him when he left.

The paint job Alf Fakeley gave the rink improved its looks considerably â it also improved the disposition of those who were expecting a call for volunteer painters.

A staff dinner on September 27 showed a good turnout. A Vote of thanks is due Irene Anderson and Vera Fakeley for a very good job of preparation.

Adolph Porcina and Ronnie Sheplawy have left after a period of employment as holiday relief.

Our deepest sympathy is extended to Karl and Nancy Heinemann whose daughter Carol passed away on September 12.

A fire in the home of Mr. and Mrs. Bowlby was put out by all available townsite fire fighters. Damage was confined to a basement room and repairs are in progress. The fire disrupted the regular meeting of the Windsor Club, and the annual election of officers is postponed to a later meeting. 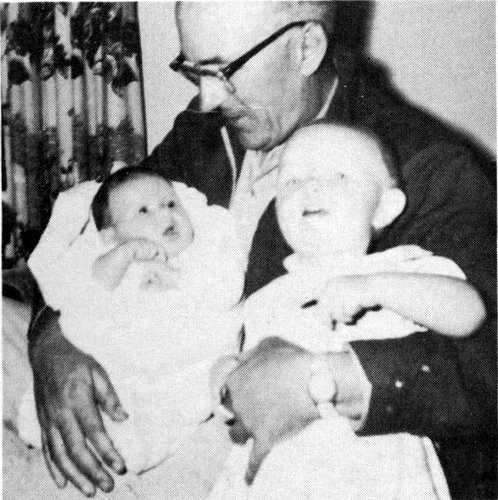 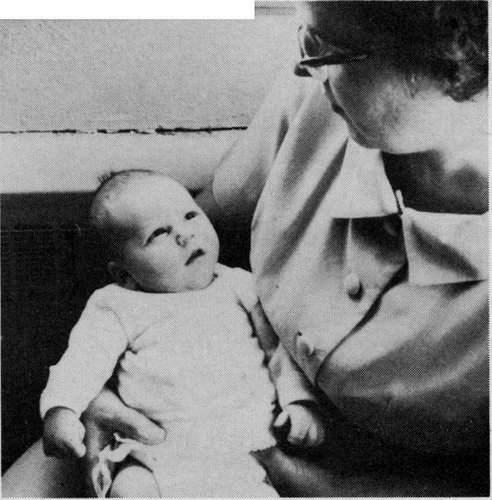 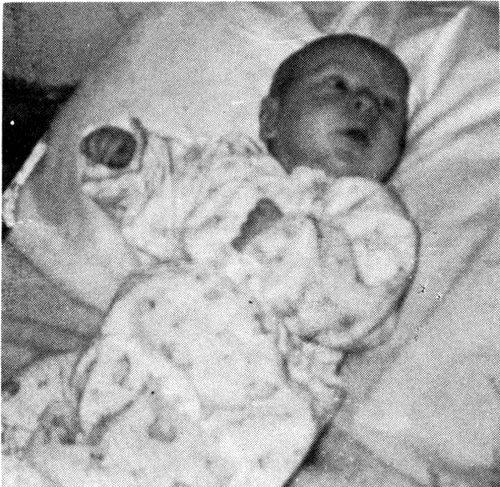 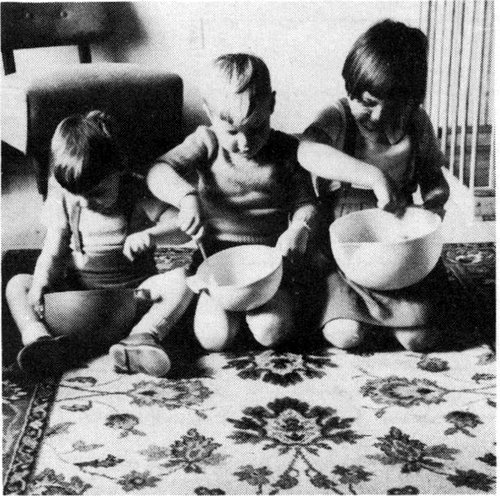 Norman Young shows a small fish before throwing it back â
we only keep the big ones out here.

On November 25th, Lindbergh Works completed 7 years without a lost-time accident â an absolutely stupendous record. CONGRATULATIONS TO ALL!