Lindbergh coffee dunkers are having coffee in fine style. Anyone who has visited here since the opening of the Lindbergh Works will remember our old dented pot with the wired-up handle. Just come out now, and have coffee with this gang and new, fully automatic, coffee pot. Chief Oliver took the first shift with the new pot. When the coffee is ready, a light comes on. Hammy didn't know this, and was waiting for the pop valve to go off. Result â coffee was late, and Hammy got his old job backâChief Engineer, in the Power House only.

Tom and Steffie McLennan and Miss Cathy, are presently on vacation. Tom was one of the lucky guys who combined convention with vacation. They are visiting with relatives in and around Hanover, Ontario.

Ken McGinnis, Bertha and Allen Fakeley, Donald Wenzel, and yours truly vacationed at Jasper and Banff during the last weeks of September. Having had a good holiday, we all reported back broke, tired, and waiting for the next pay cheque.

With the exception of Alvin Meger, Ernie Belter, and Augie Bartling, vacations are over for another year.

We were recently favoured with a short visit from Don Lord and Don Lumby, followed by another short visit from Jack Mair and Bert Ayres. We were glad to see you all, even though you cut your visits so short.

I have been wondering why there hasn't been so much duck hunting this fall as there usually is. Doesn't seem to be the same enthusiasm, which could be the result of one of Hammy Oliver's revival meetings, where he said: "What if those poor little feathered creatures came down on us next year with a bunch of loaded shotguns? Where would we be? How could we get away? We can't even fly. Oh, no sir! I, Hammy Oliver, am not going duck huntin."

On November 24th we hope we will have reached our next safety objective, the President's Prize. At this time, everybody is ever so safety conscious, and who wouldn't be with only 29 more days to go? We hope the next issue will announce that another accident-free year has been completed.

The Windsor Club held their annual election meeting on October 9th. New officers are as follows:

We wish to extend a warm welcome to Mr. and Mrs. Joe Hardy who have recently joined the Salt Family. Mr. Hardy is employed as Boiler Room maintenance and relief shift engineer. Mr. and Mrs. Hardy hail from Lloydsminster.

Farewells were said to the Seiler family who have taken up residence in Edmonton. The Seilers want to thank all who donated household effects and clothing, the folks who sponsored the benefit dance, and all who attended the dance. Henry is planning to find employment in or near Edmonton.

We wish to extend our regrets to Tom and Steffie McLennan on the death of Steffie's brother, Louis Uchman.

Frank ( Choppin ) Reintjes had a week of his vacation, staying pretty close to home. As for the trees, I don't think he's been out a-choppin' this fall.

The first annual curling meeting was held on September 20th. The Bonspiel date is set â most folks are now waiting for that cold, cold winter.

After a long wait, the bridge crew moved in on us. Once the erection of a new and much-needed concrete bridge between the plant and the townsite was begun, it didn't take long to finish the job.

We agree with Ed. regarding Herb Sill's shots in September Lix. Herb should have been on hand to take a shot of John Nimmo's desk the day before he arrived back from the convention. Wonder where the Editor would suggest we enter it?

This may not be interesting, good news, or anything unusual to most of you, but to Don Lord, Jack Mair, Bert Ayres and anyone else who has been travelling in these parts (Elk Point to Lindbergh), it's good news: The local maintainer has gone over the road from the plant to Elk Point three times in the last month! Something that was most unusual happened â the blade was down all the time! Brother, that's the best and most exciting thing that's happened around here for many months.

Anyone ever tell you to take a flying leap in the creek? Don't take it seriously, the way Cal Cundliffe did. Fortunately, Cal wasn't injured, only a small cut on his hand. His car turned upside down in the beaver dam in the creek between Lindbergh and the plant. As Cal knows better than anyone else, he was a very lucky guy to have gotten out of it as he did. Thanks, Cal, for supplying this bit of news, but please, in the future, don't go to such lengths, and keep out of beaver dams. 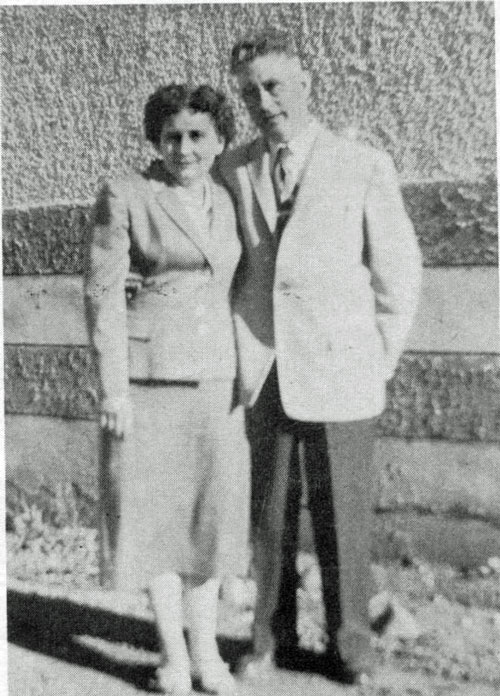 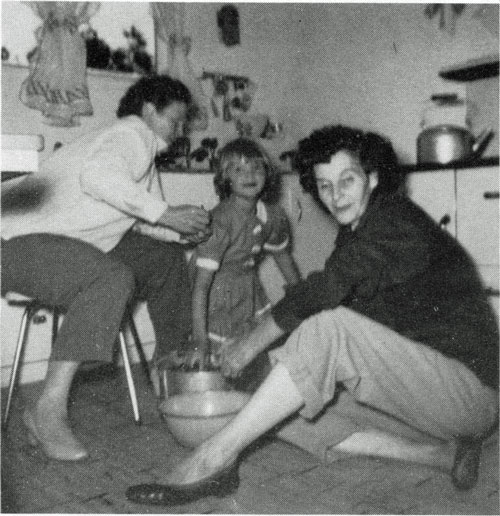 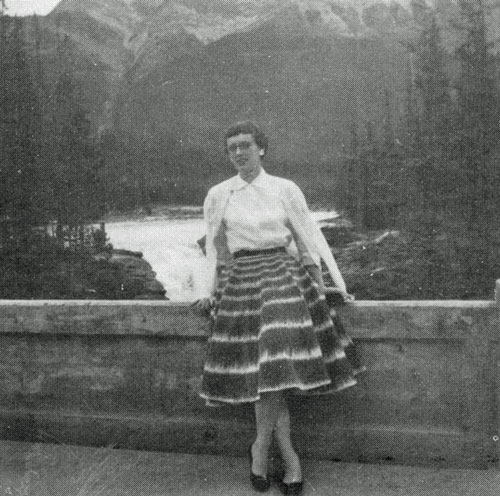 Susan Peters on vacation. In the background â Athabaska Falls. 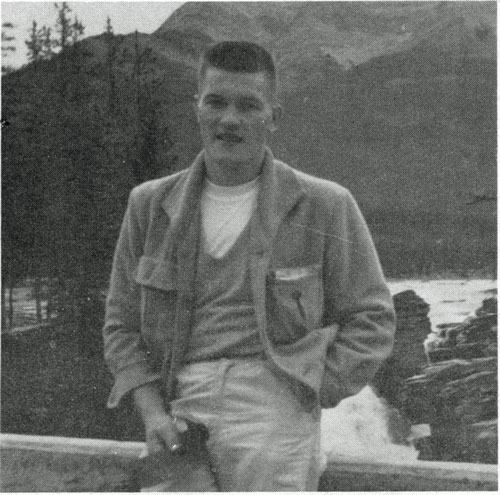 Same background, only the camera has changed hands.
This is Ken McGinnis.