A large number of employees and their spouses took in the annual steak barb-q and dance is one of the delicious steak and trimmings, several mugs of suds, and a few games of horseshoe and shuffleboard, the crowd retired to the curling rink clubroom for an evening of dancing. The annual barby and dance is one of the hi-lights of the year at Cansalt Lindbergh and is most enjoyable for those that attend. 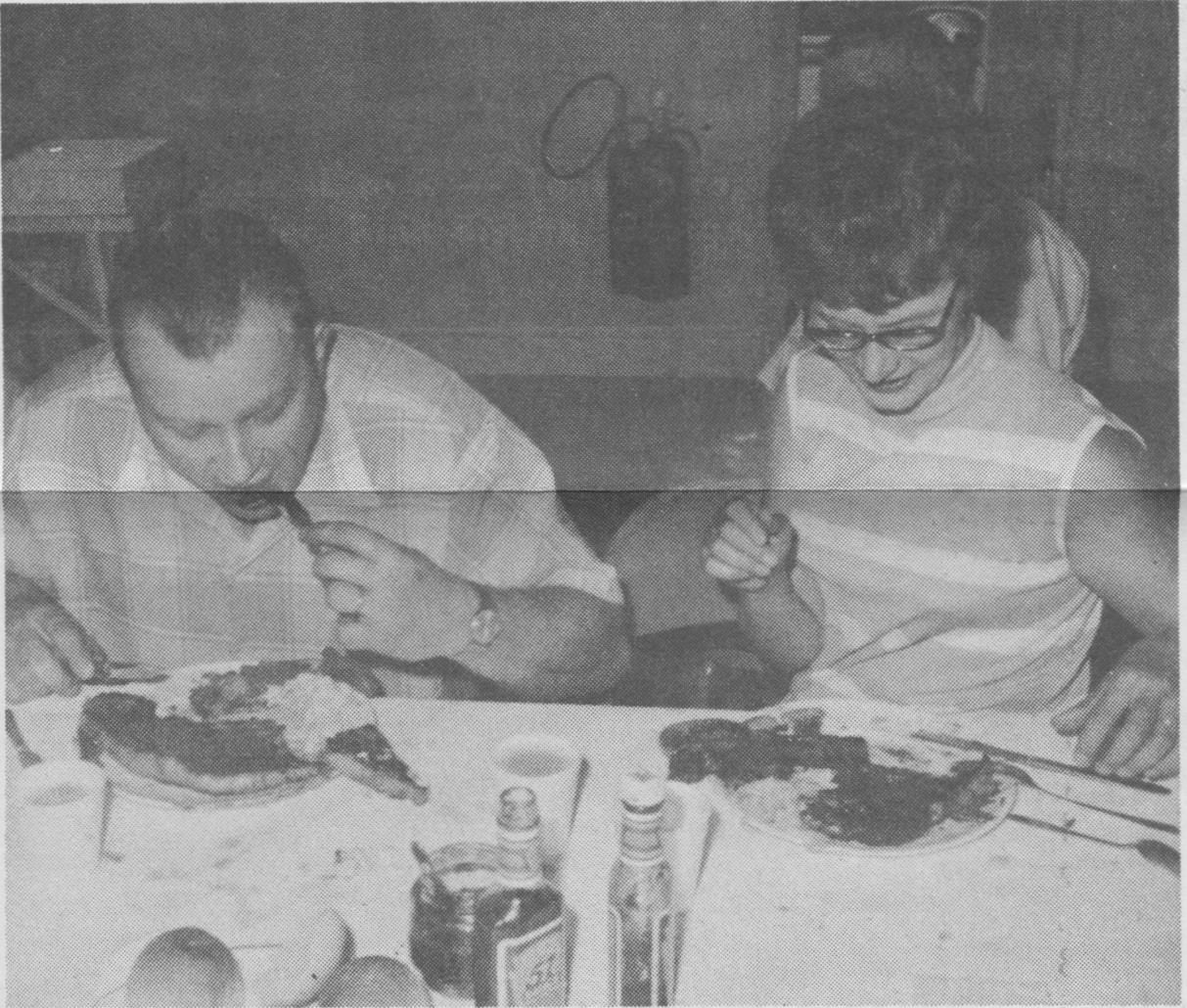 The annual children's picnic was held on June 14 at the Riverview Townsite. Races and games for the kiddies in the afternoon were followed by hot dogs, ice cream and soft drinks. A very enjoyable day for the small fry at Lindbergh.

Ross Morris, extreme right, with some of the scouts at start of trail ride.

The Old West came to life one again on June 13, when Ross Morris, Lindbergh shift engineer, and Ed O'Kane, local farmer, took the Elk Point Boy Scout Troop on a 25-mile trailride into the wilds north of Lindbergh. The Scouts, many of whom are sons of Cansalt employees, mounted up at nine in the morning at Elk Point and started out on the ride which lasted all day. An authentic covered wagon was provided by Mr. O'Kane to carry the lunch and those boys who did not have horses. Lunch consisted of hot dogs roasted over a campfire, donuts and lemonaide. Ross, who is an ardent outdoors- man and excellent horseman, reports that everyone thoroughly enjoyed themselves.

Many Cansalt employees and their families attended "Ah-ti-yek Day" in Elk Point on May 30. Ah-ti-yek, meaning fur days in the Cree language, is sponsored by the Elk Point Chamber of Commerce to commemorate the pioneer and fur trading days in this part of Canada. The area around Elk Point and Lindbergh was a main fur trading centre about 1800 as the many old fort sites prove, and Ah-ti-yek Day is put on to relive some of the history of this part of Canada. The day starts off with raft races down the North Saskatchewan River, starting at the site of Fort D'Isle and ending at the site of Fort George, a distance of about 12 miles. While the rafts are on the river, the Chamber of Commerce serves a pancake breakfast at the Fort George site. The raft race is followed by a parade through the streets of Elk Point to the sports grounds where the afternoon events take place. These events consist of a stage show held outdoors, pony rides for the children, Indian dances and costumes, various tests of skill and strength pertaining to the fur trading days and a guest speaker. This year's speaker was the president of the Hudson's Bay Co., Alberta Division. He was presented with a diamond willow walking stick, hand carved by a local resident. The day's festivities wind up with a Klondike dance, complete with saloon for the adults and a teen dance for the younger set, featuring a top rock band.

Virginia Pankiw, package operator and wife of Ed Pankiw, distribution co-ordinator at Lindbergh won a $4,000.00 holiday trailer in a contest sponsored by a Camrose Radio Station and its advertisers. Congratulations Virginia and many happy miles in your windfall.