Lindbergh is getting back to normal operations since the strike has been settled in the east. We would like to mention that Mr. Mahaffy has extended his congratulations and gratitude to Lindbergh for their outstanding efforts during the strike.

Now to bring you up to date in Lindbergh.

The Windsor Club Christmas party was a very big success with 103 attending. A dinner of Kentucky Fried Chicken was served buffet style and was followed by an evening of dancing. The Children's Christmas party was also a big success with e xci t e d children playing games until Santa arrived to present each one with a gift. It seems that Santa doesn't forget any good boys and girls, even "John Boy" (John Lukevich) was presented with a gift.

Mr. and Mrs. Williams hosted our staff Christmas Party again this year. Whist games were played with the high and low score winners being presented with a gift. John Williams then treated us to a lovely buffet dinner including a delicious assortment of sweets, that I understand, Mr. Williams helped to make.

Mr. and Mrs. Alphie Hurtubise are the proud parents of a beautiful baby boy, Jean Paul, born October 8, 1975. Congratulations G a i I and
Alphie,

The 20th Annual Curling Bonspiel was held in the Lindbergh Curling Rink the weekend of February 21st with 18 rinks entered.

Mr. and Mrs. John Williams are vacationing in Hawaii. This is their third trip  to Hawaii and are due back the middle of March.

'The evening of the 21st of February was a gala event for some 60 members of the Canadian Chemical Workers Union and their spouses.
They gathered at the B.P.O.E. Hall, Elk Point, at about 6 p.m. for Happy Hour, as a prelude to a scrumptious supper later, ably prepared by Mrs. Rose Kozicky and her helpers.

In the absence of Del Smith, President, Mike Buck took over the duties of Master of Ceremonies. We were honored to have with us, a dear friend, in the name of Augie Bartling, from Edmonton who ran the Block Press for many years until his retirement. He took over the floor for the rest of the supper hour and reminisced his days at this press, where he said, his vocabulary sometimes made the air thick if things just didn't run right.

He told joke after joke, which truly delighted the guests.

After supper, guests of the members were admitted to join in the rest of thhe festivities. Dancing filled the evening witht a midnight supper  being served, at this time the night shift joined the party.

Tom Holliday is still recuperating from a serious operation in December. We hope you will be back withus soon, Tom.

We are also sorry to report that Al Fakeley is on the "sick list". A speedy recovery is hoped for. 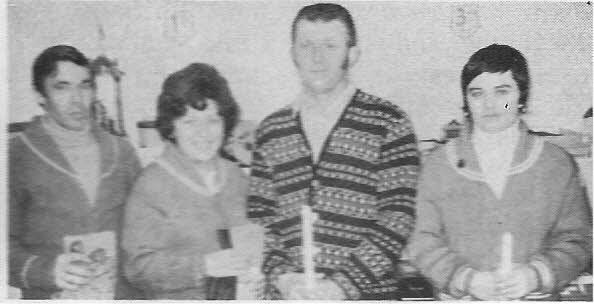 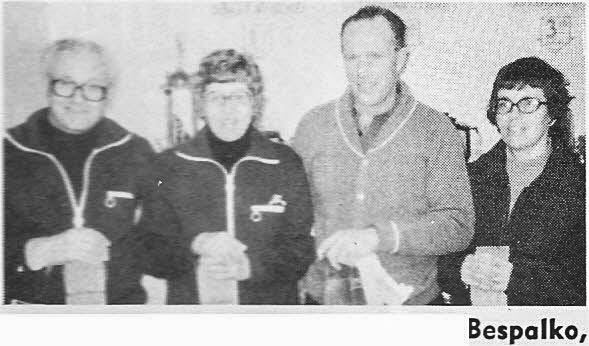 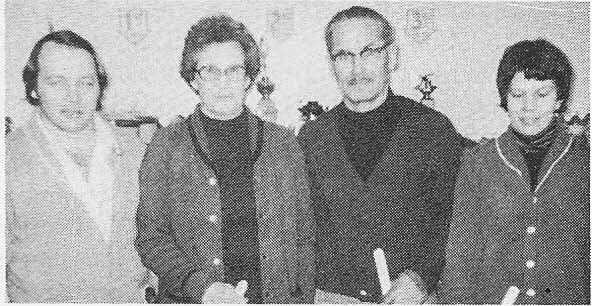 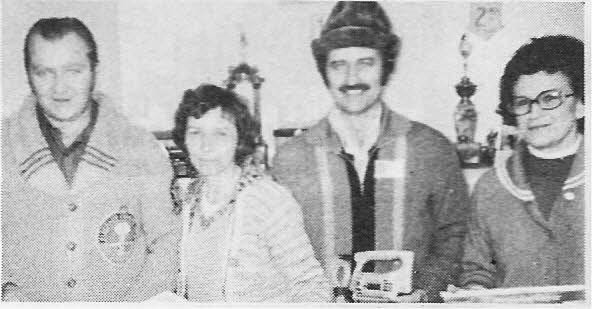 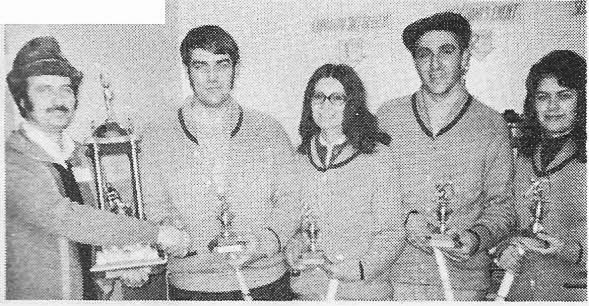