The elected executive of the Windsor Club for 1964 is as follows:

A mixed bonspiel was held Dec. 26 and 27. Winners were as follows:

First annual Windsor Club Ladies Open Bonspiel was held January 17 and 18. 12 teams participated in two events. A Trophy donated by Henry's Esso Service was given to the Grand Challenge Winners. Winning teams were:

The Annual Kiddies Christmas Party and concert was held December 15 and proved to be quite a success. The numerous songs and recitations, etc., were well received and the visit of Santa Claus gave one and all an enjoyable afternoon.

The Adults Party on Dec. 21 began with a pot luck supper and was followed by an enjoyable dance with music provided by Herb Sutton, Gerald Stults, G. Wilson and Bert Anderson.

Congratulations and best wishes from all their friends go to Karen and Dean Stults who were married Dec. 24. They are residing in Heinsburg.

The new residence of the Doug Keck family is progressing and they should be moving to the townsite soon.

Best wishes to Don and Mrs. Lumby from all their Lindbergh friends following Don's retirement. 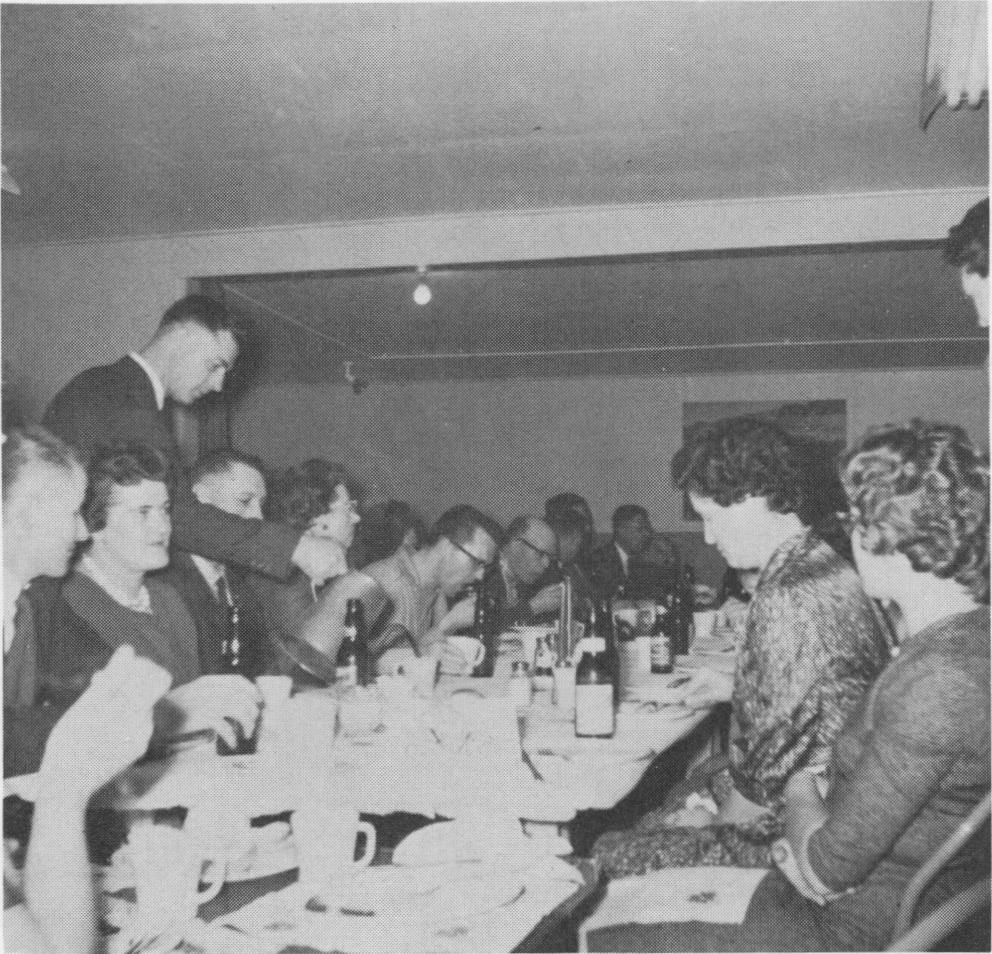 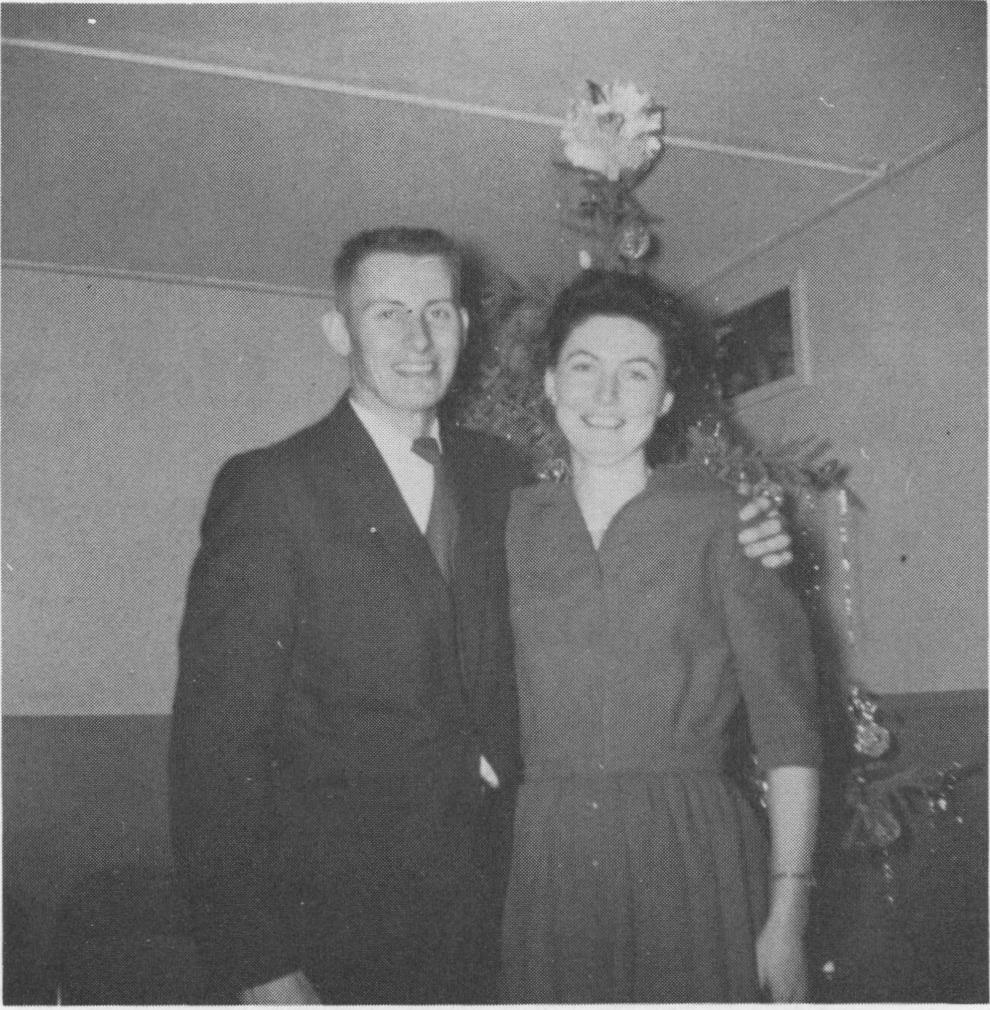 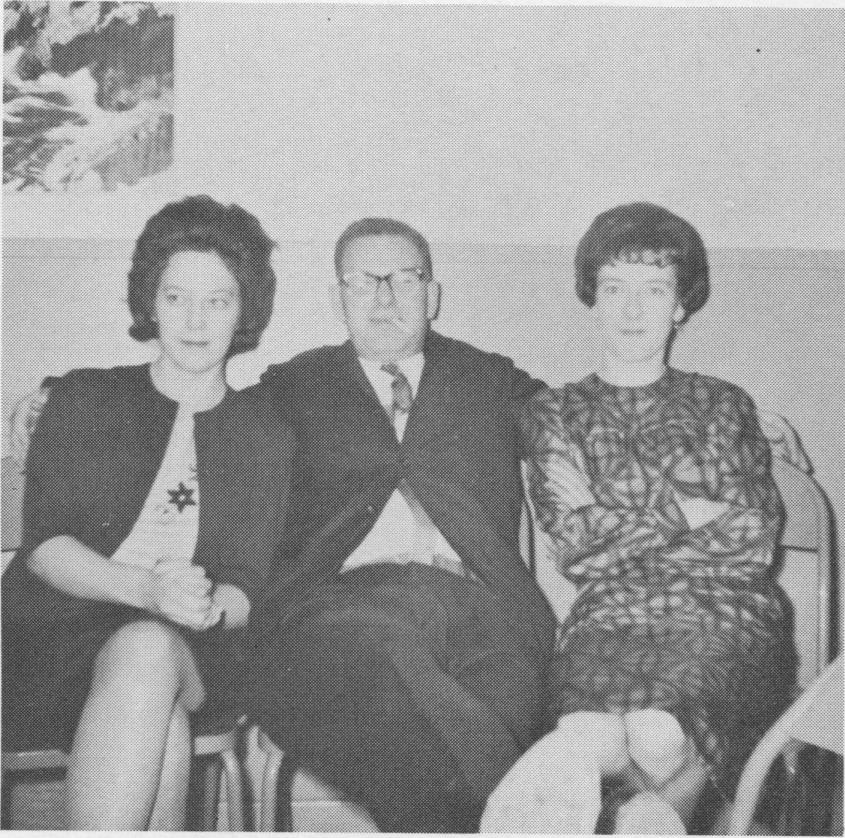 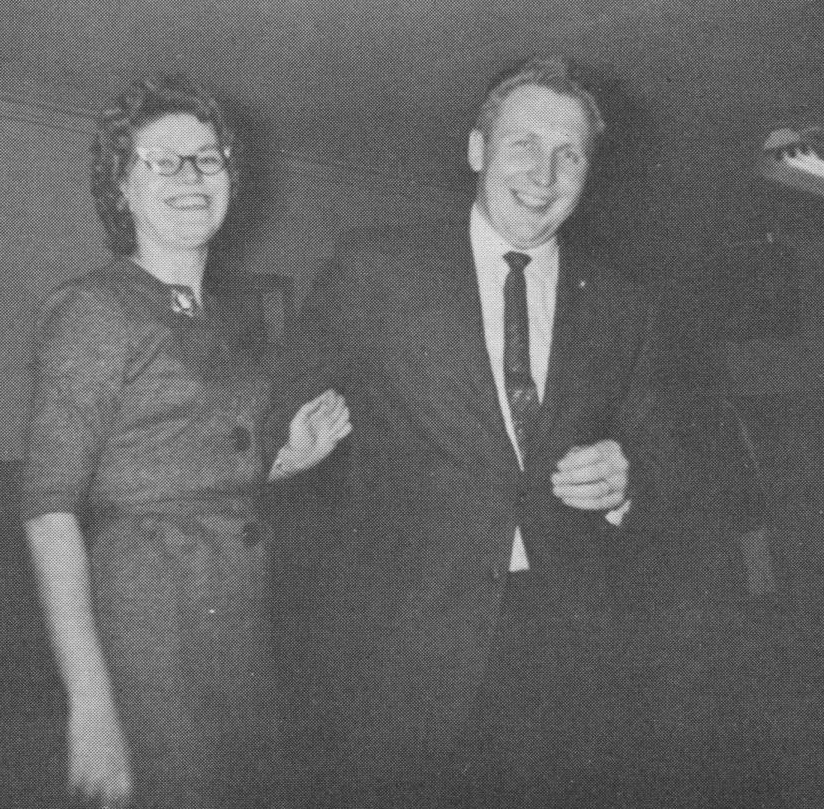 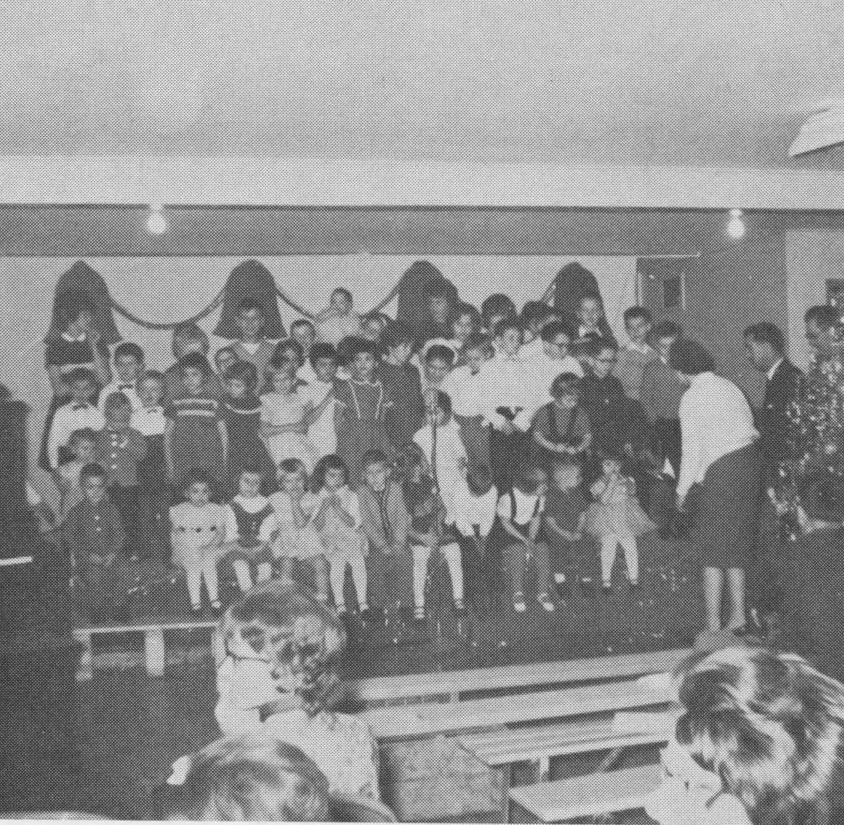 A group of the Children at the concert 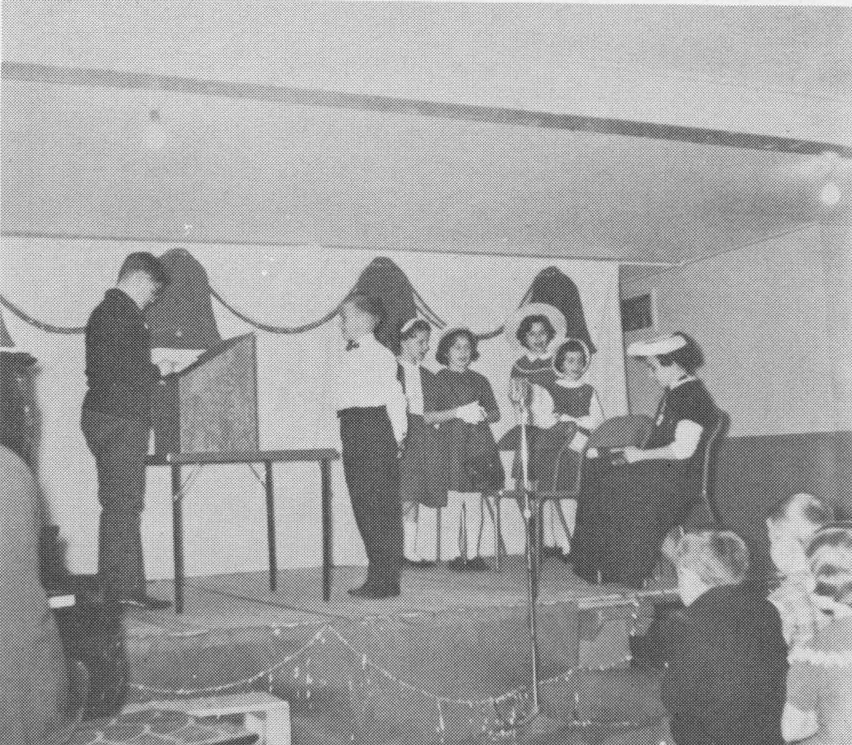 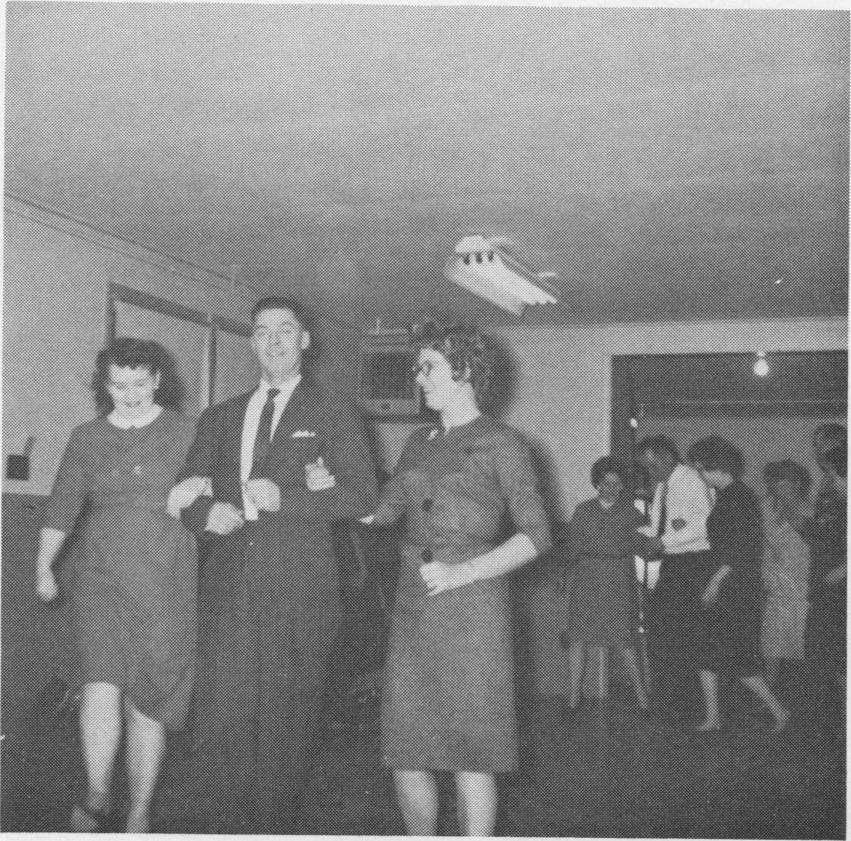 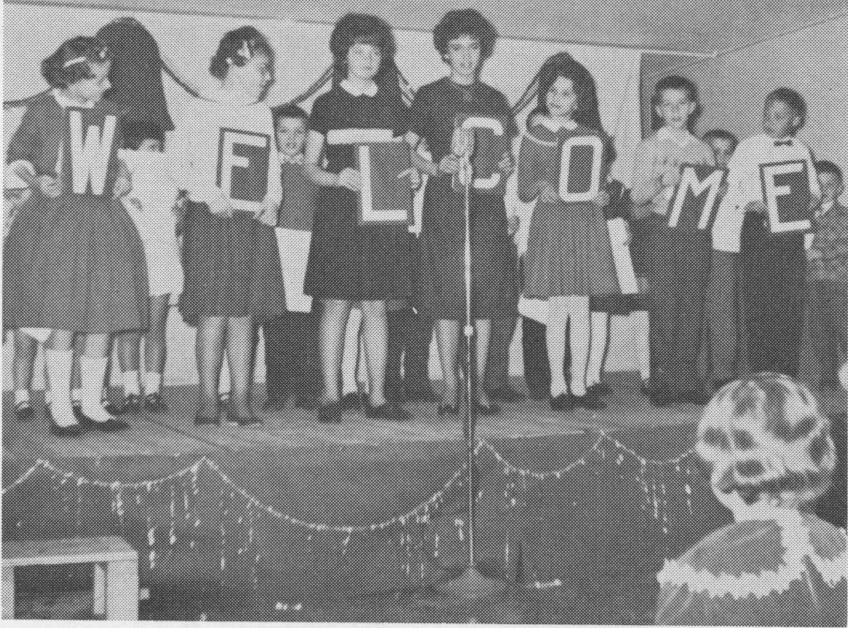 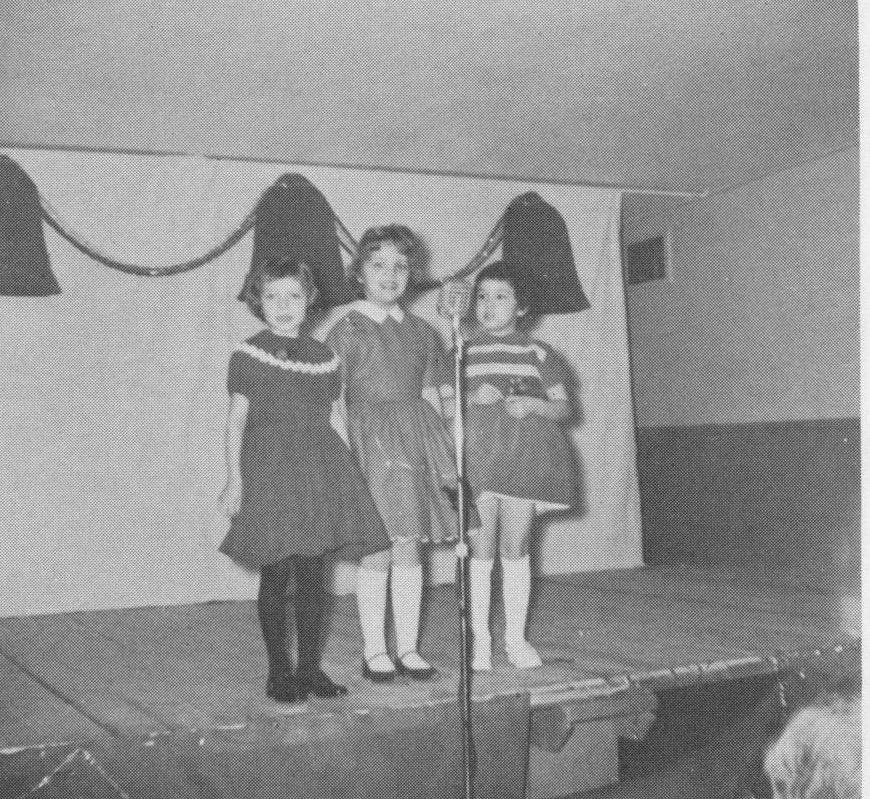 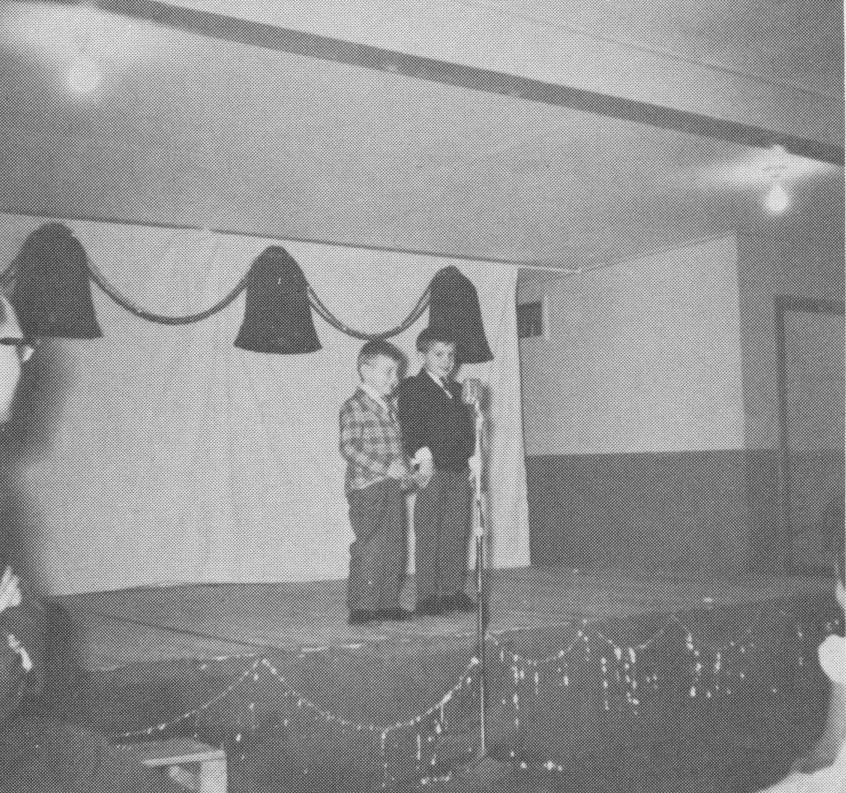 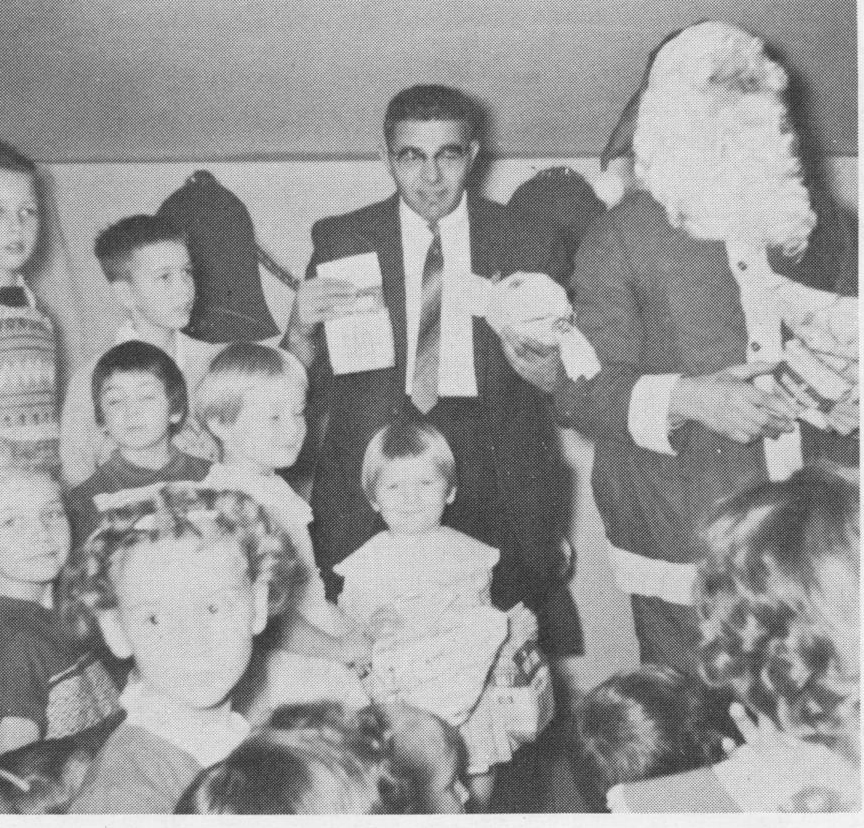 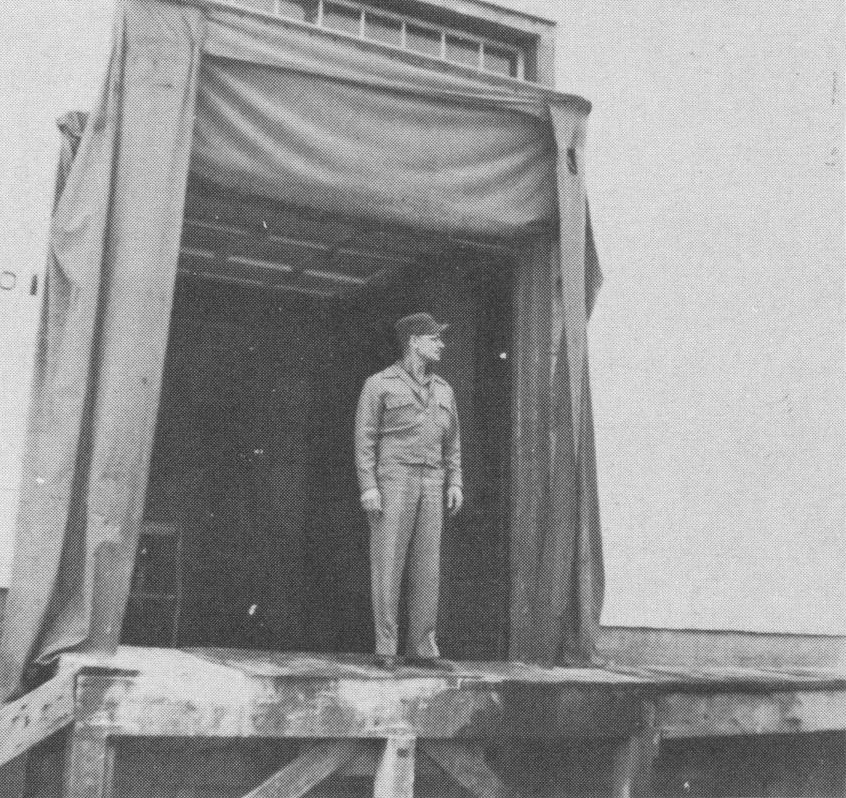 Shipper Geo. Krissa with no cars to ship. 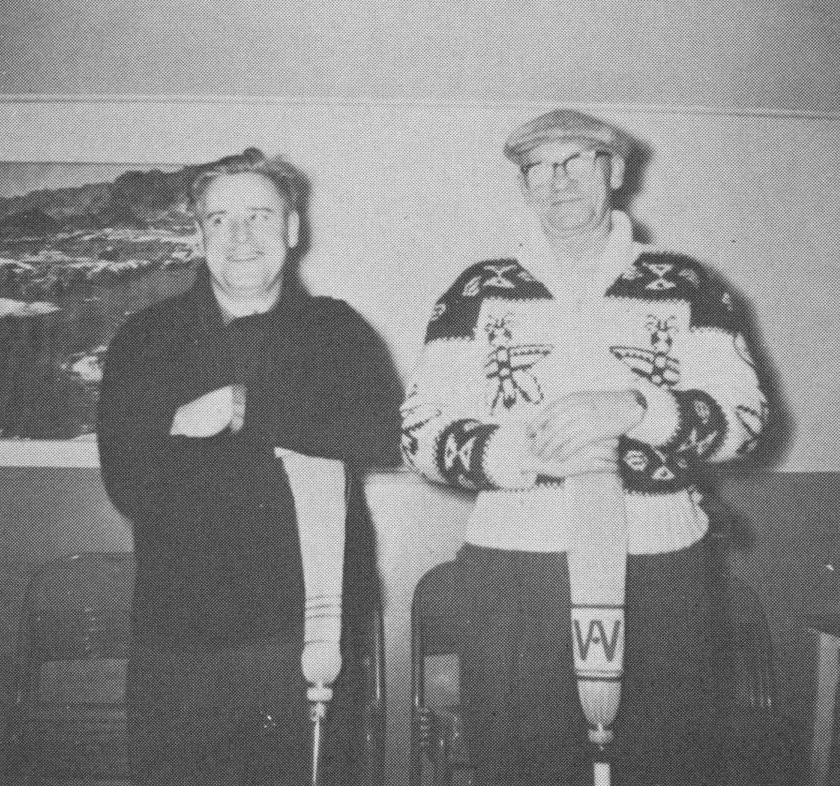 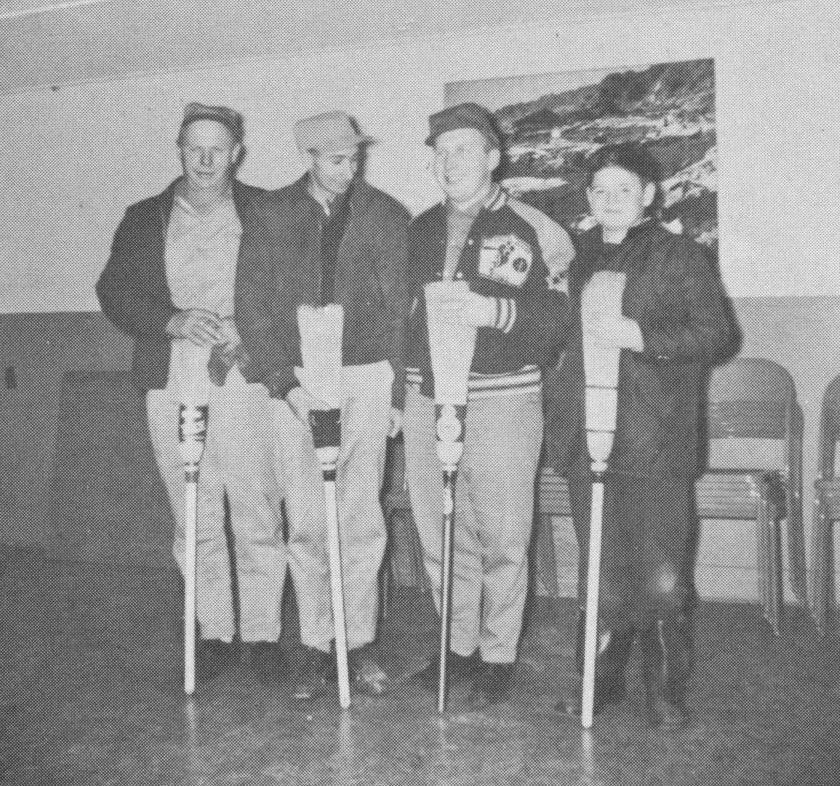 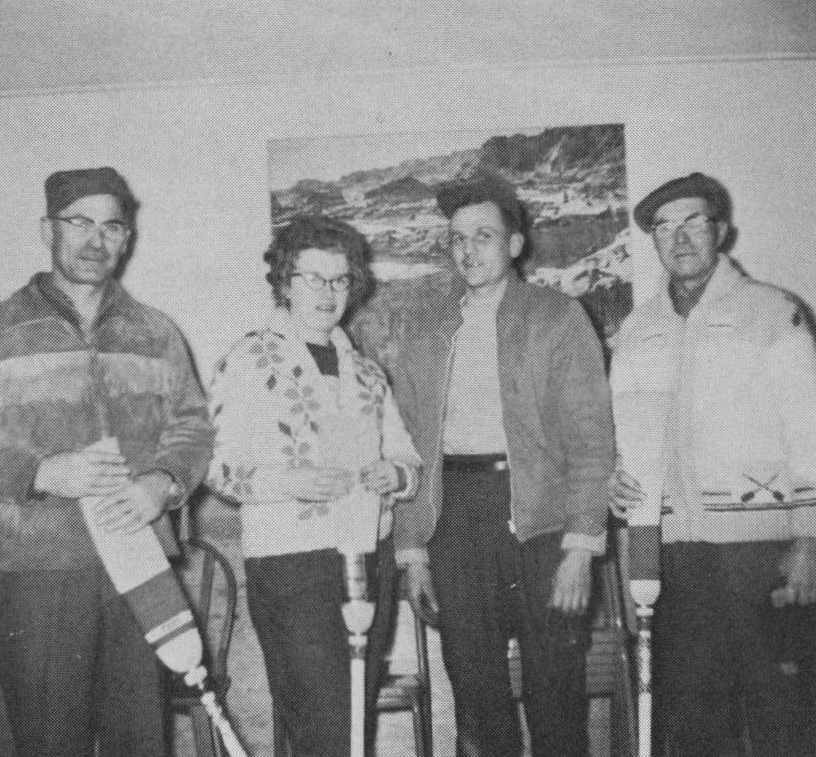 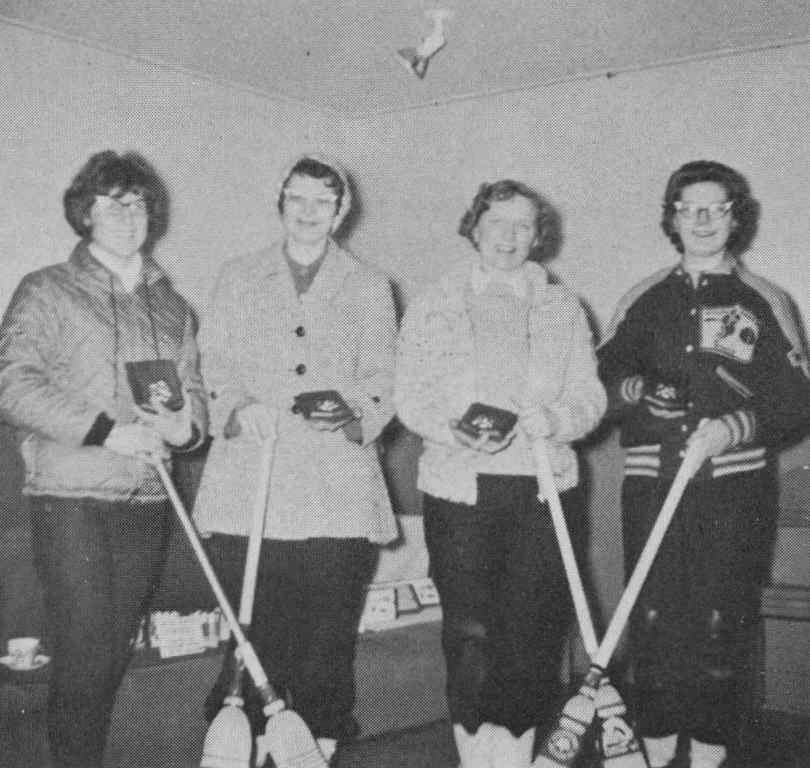 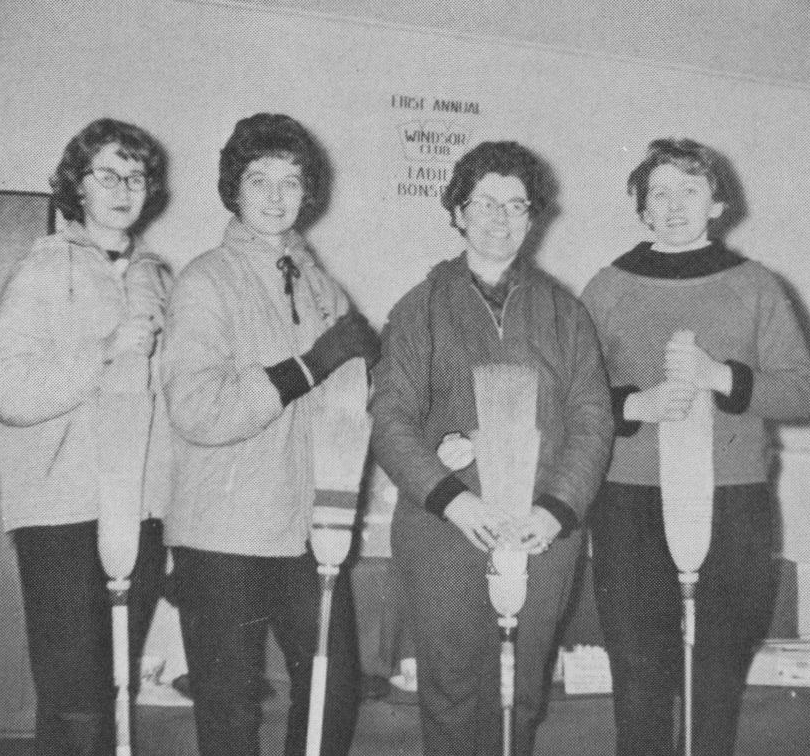 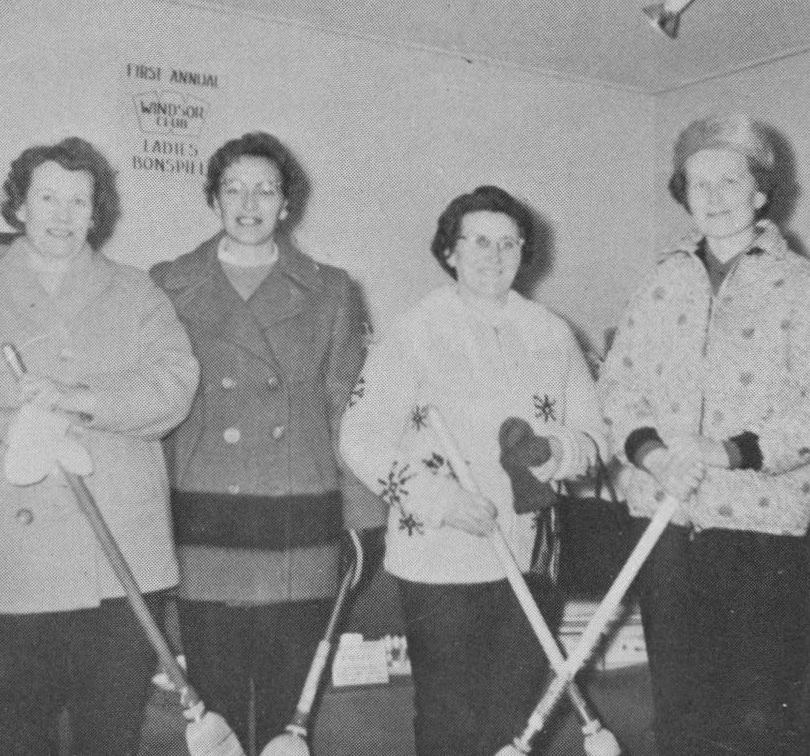 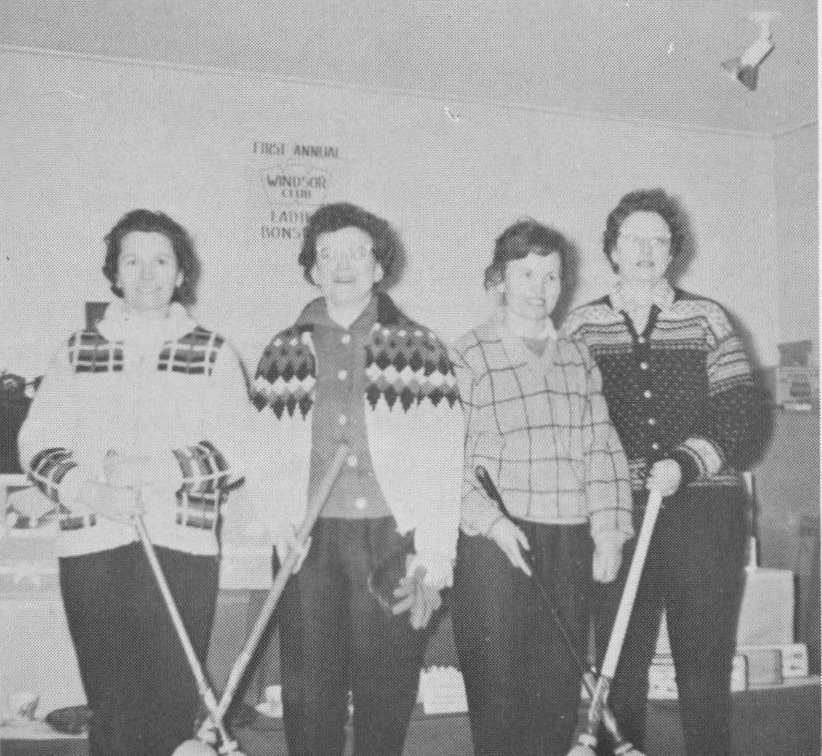