The Lindbergh gang is here this issue, recovering from a joyous festive season. The season was made extra festive by the fine turkeys we received from the Company. We enjoyed them tremendously and extend our thanks to the management.

The activities started out happily with a Xmas party and concert for the children â with Art Blackwood doing a fine job in the role of Santa Claus. Unfortunately, Art had a little reindeer trouble on his way to the party, but he more than made up for the delay by giving the kids a really wonderful time. The "grown-ups" party was a good one, too. Just as merry, and twice as noisy as the kiddies'.

1952 was loudly ushered in with great shrills and blasts from the plant whistle and siren. (and long-suffering groans from us poor mortals on New Year's morning).

The partying is over for another year, and we're starting a new slate. Here's wishing the Canadian Salt family, one and all, a very Happy New Year. 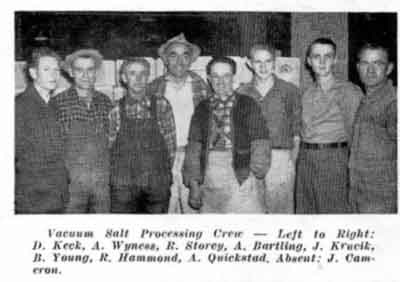 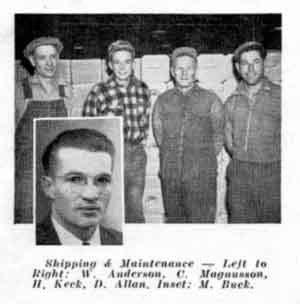 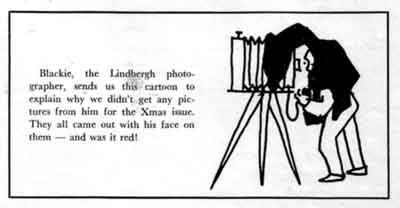 THEY MILK IN DIAMONDS AT LINDBERGH

Here's a bit of repartee overheard around the Lindbergh plant. We've had an epidemic of engagements and weddings recently (details in next issue), and the girls are pretty proud of their new jewellery.

Well, Irene Lorensen, who keeps her own cows, was complaining to Fred McAleese the other day about the condition of her diamond ring. What she said was: "My ring gets so dirty, because I milk in it!"

Many happy returns of the day to Bill Anderson, Jean Andrishak, A. Bartling, J. Cameron, R. Hammond, F. McAleese, B. Swanson, J. Uchman,, A. Wyness, all of Lindbergh, whose birthdays come in January and February, and greetings to Kerry Dalei Hooper, born January 18th 1952, daughter of Mr. and Mrs. Reg. Hooper, Edmonton Sales.