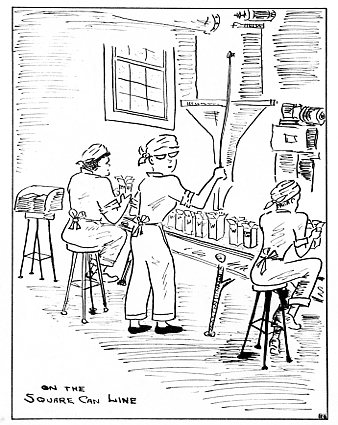 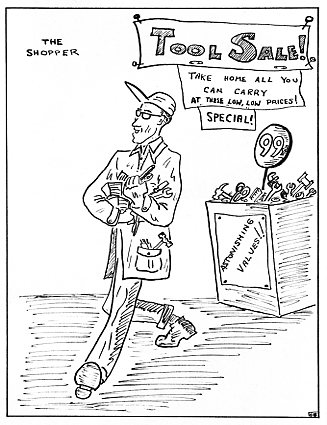 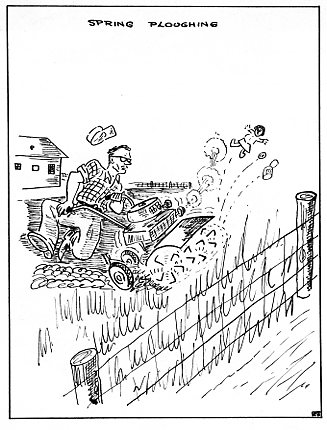 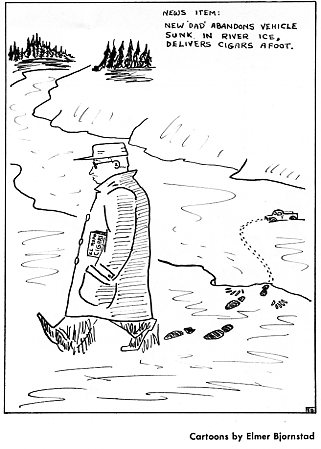 Greeting all from the Curling capital of the west!

This year's mixed bonspiel held the week of February 2nd to 7th was a roaring success with thirty-two rinks entered.

The first game got under way at 7 o'clock Tuesday evening, and from then on the smell of hamburger and onions, mingled with words of wisdom from the experts, filled the air.

The banquet was held on Saturday evening with all curlers present. The addition to the waiting room certainly simplified the serving of the banquet this year. Following the delicious buffet supper served by the ladies of the Club. Henry Lorenson called the skips to introduce their rinks and impart a few words of wit and wisdom.

Winners this year were:

We notice Alf Fakeley is sporting a new Vauxhall. Will it go as fast as the old one would, Alf?

We were honored with a visit from Mr. M. F. O'Day the weekend of March 9th. Hope you had a good trip home Mr. O'Day.

We hear rumours that Erny Schulz is looking for a good used bicycle. If any of ye olds Salts have one in the attic, perhaps you should give him a call.

Our plant safety record has earned us recognition from The National Safety Council. We have been awarded their "Certificate of Commendation" for low frequency and low severity injury rate. Our score sheet, as compiled by the Council, states that our record is 100% better than for the industry on both counts. Now let's strive for the higher honor, the "Award of Merit". 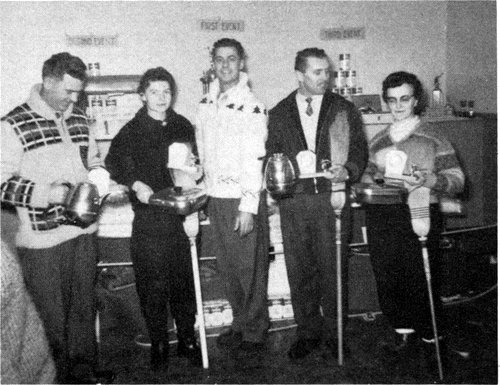 The Bykewick rink, Winners of the Grand Challenge. 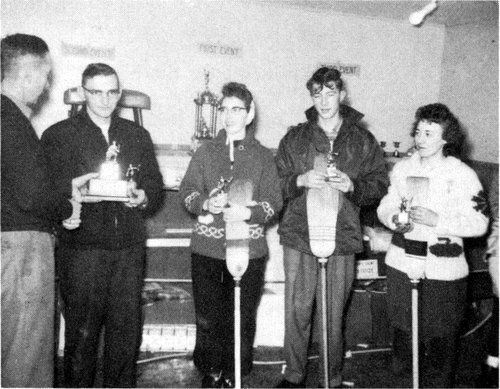 The Bochan rink, first in the second event. 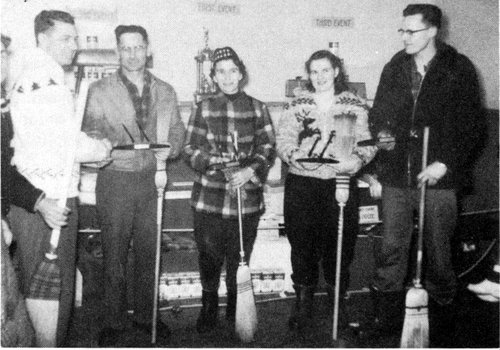 The Krissa rink, second in the first event.