No more mud and mess at the Lindbergh Plant as these before pictures (left column) and after pictures (right column) clearly show. The road from Elk Point to the plant has been paved and so has the plant site. 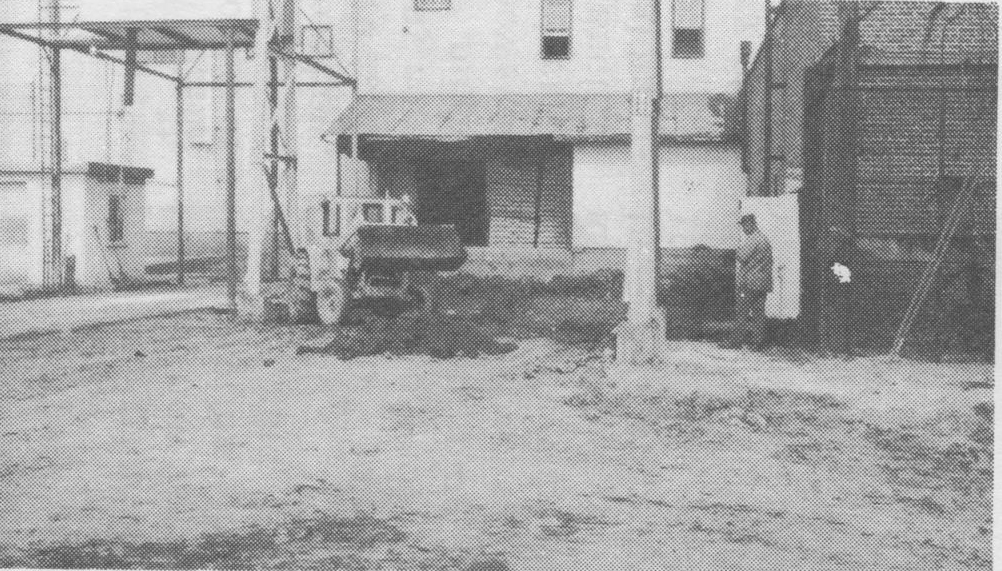 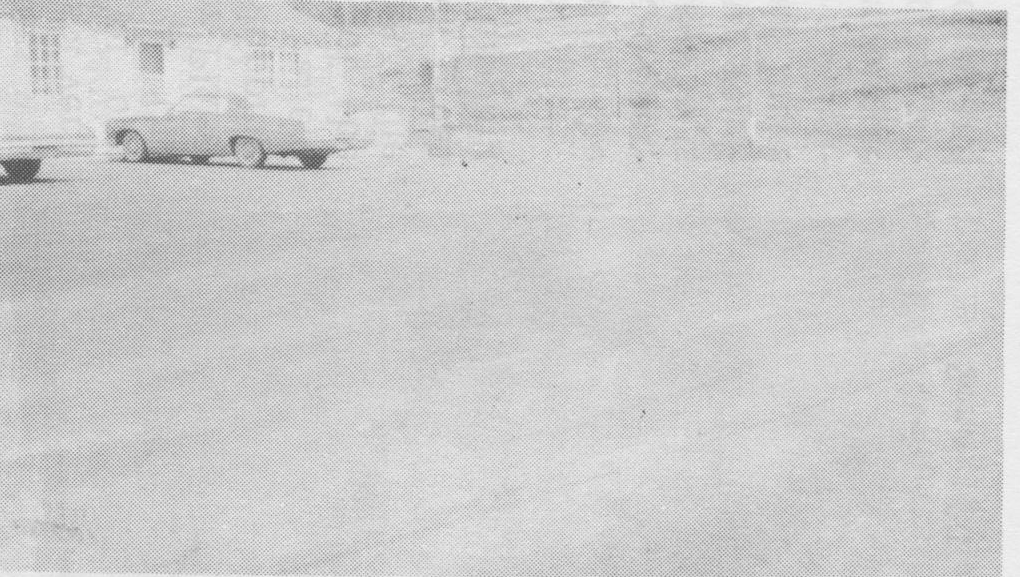 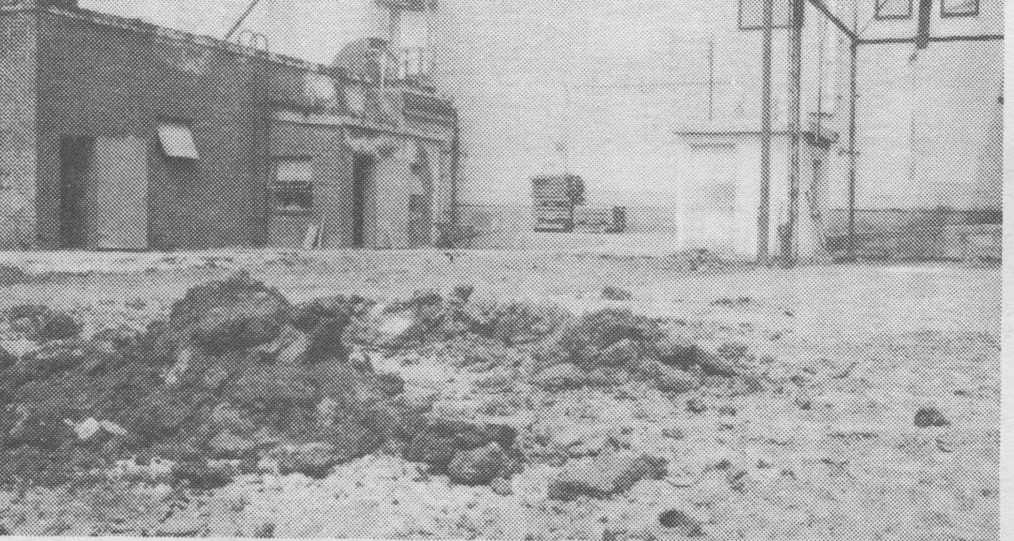 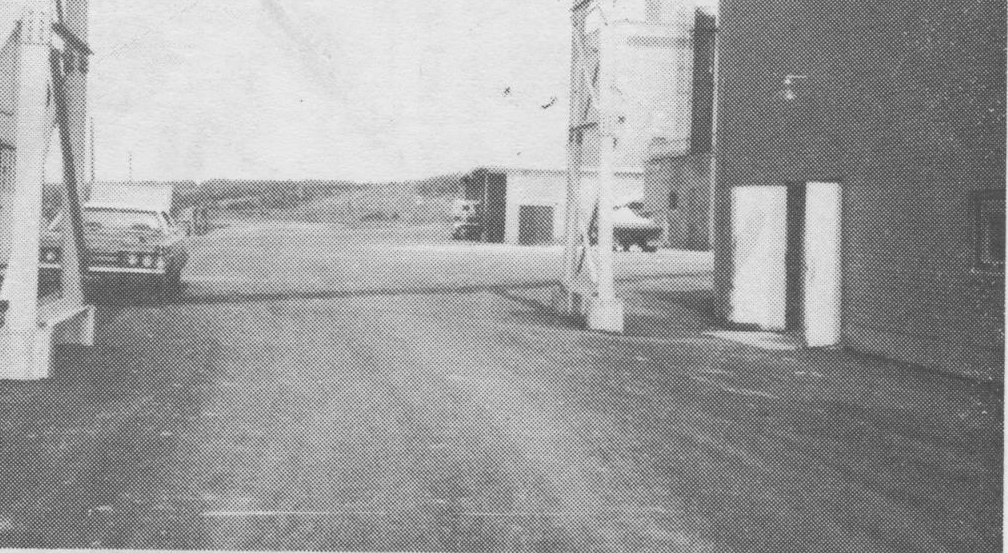 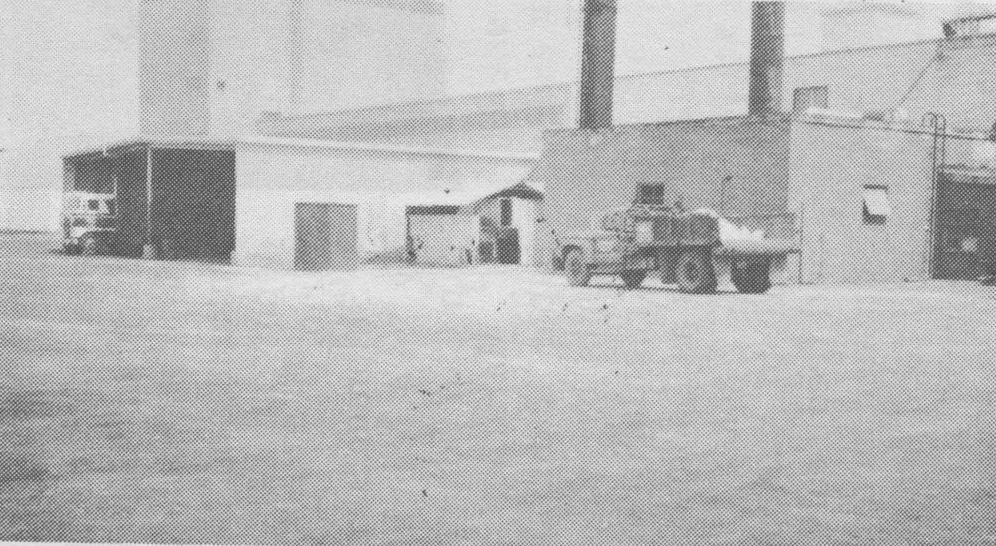 Finally, after years of wishing and hoping, the road from Elk Point to the plant here at Lindbergh has been paved. Also the whole plant site is now a block of pavement instead of the usual muddy mess. 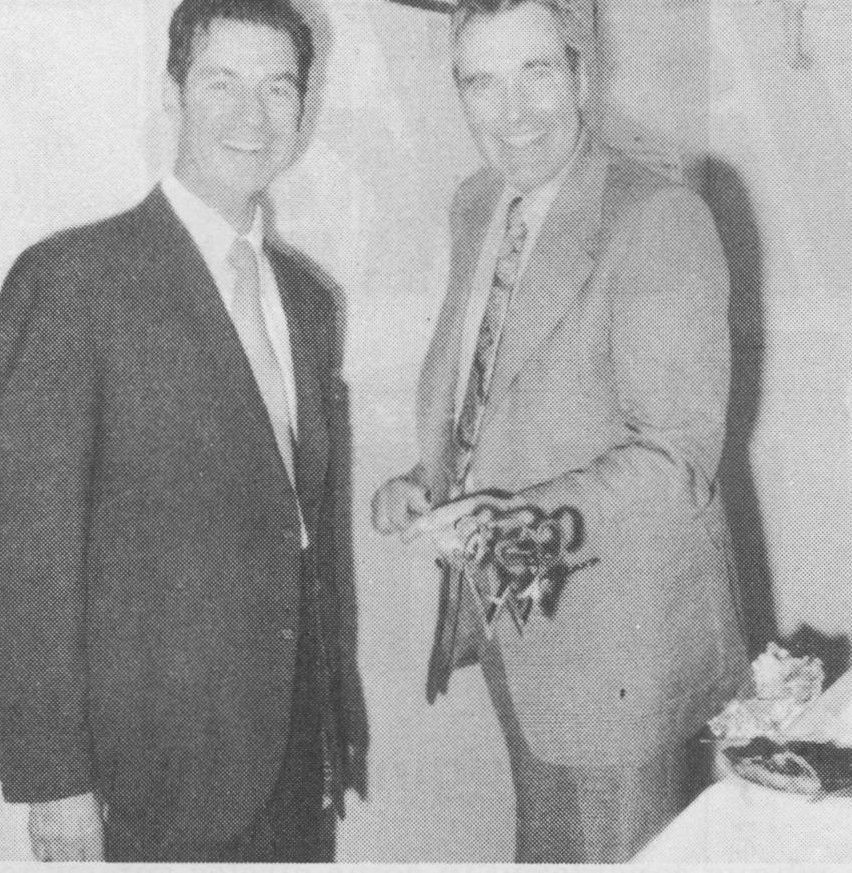 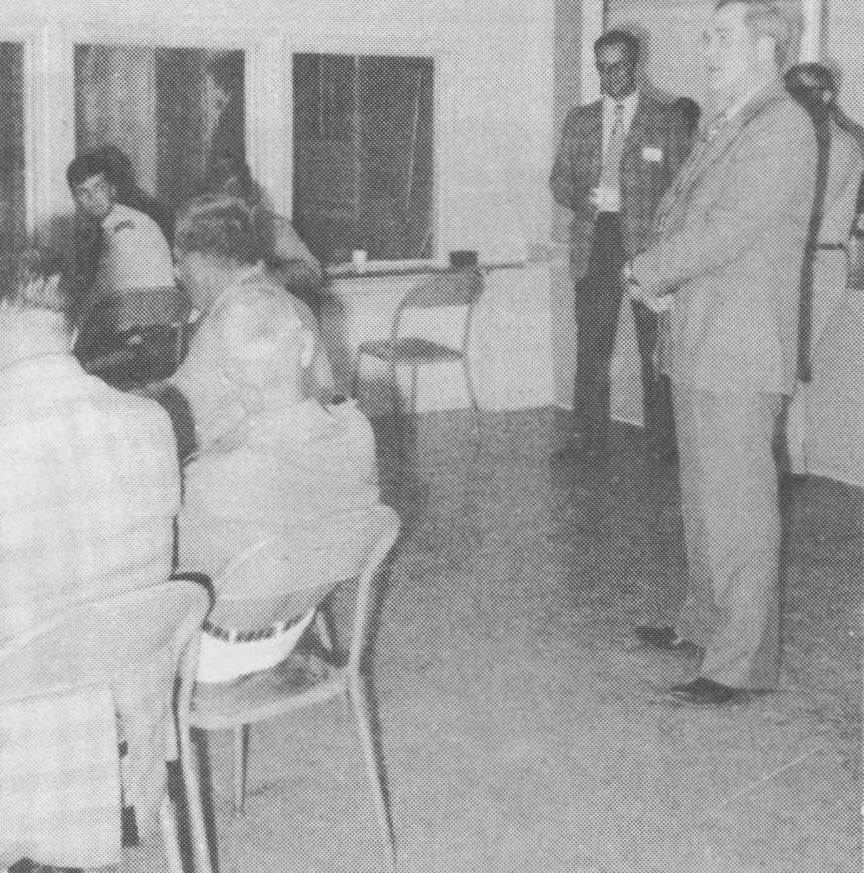 Mr. Copitihorne speaks to the group. 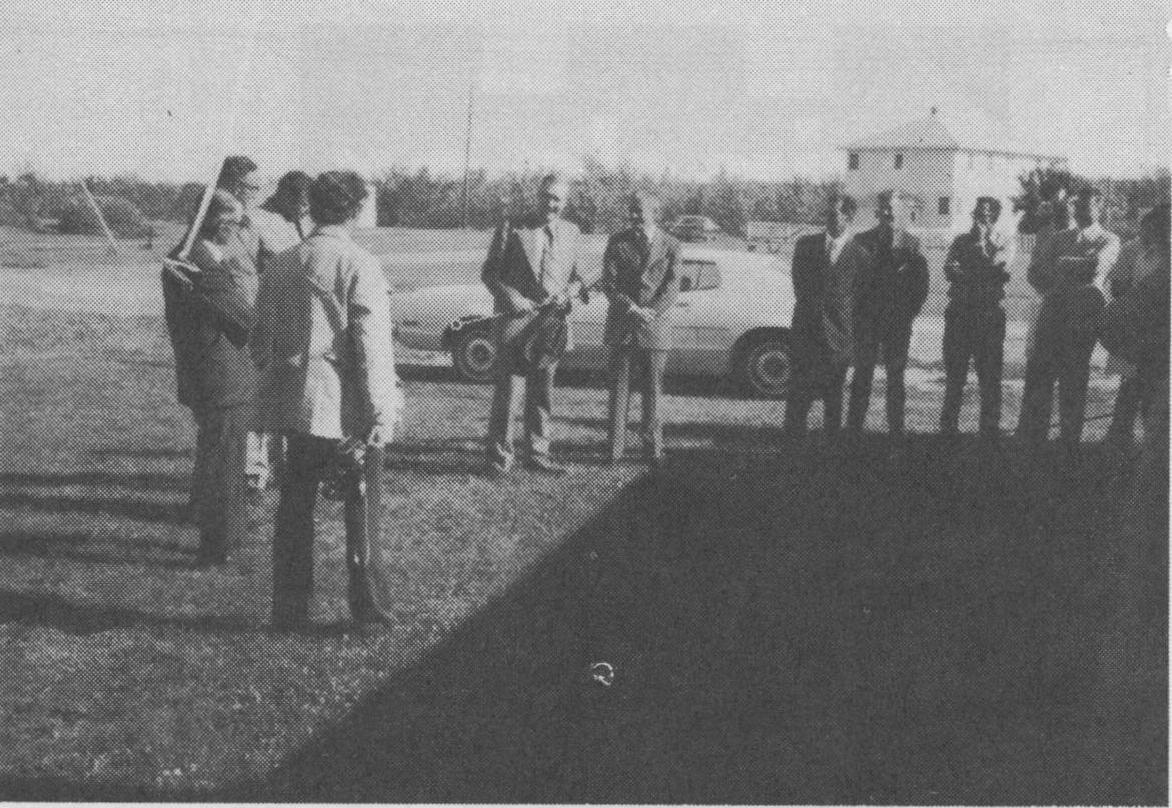 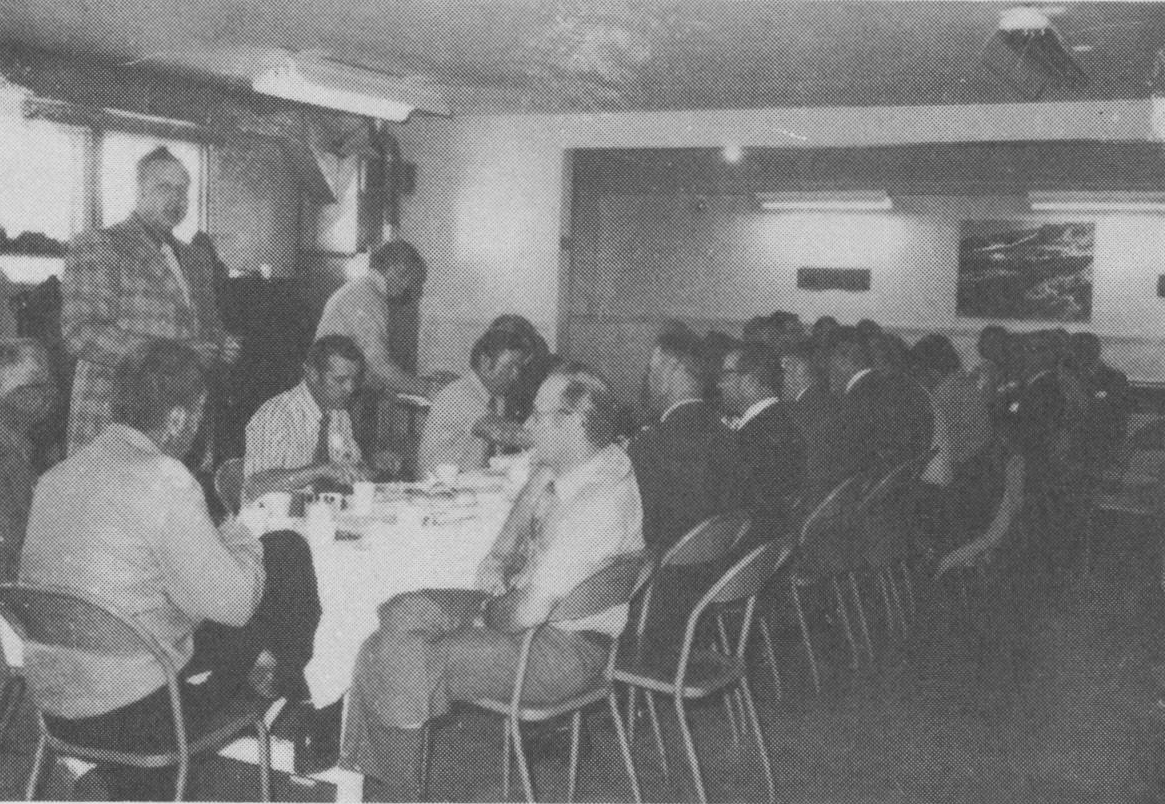 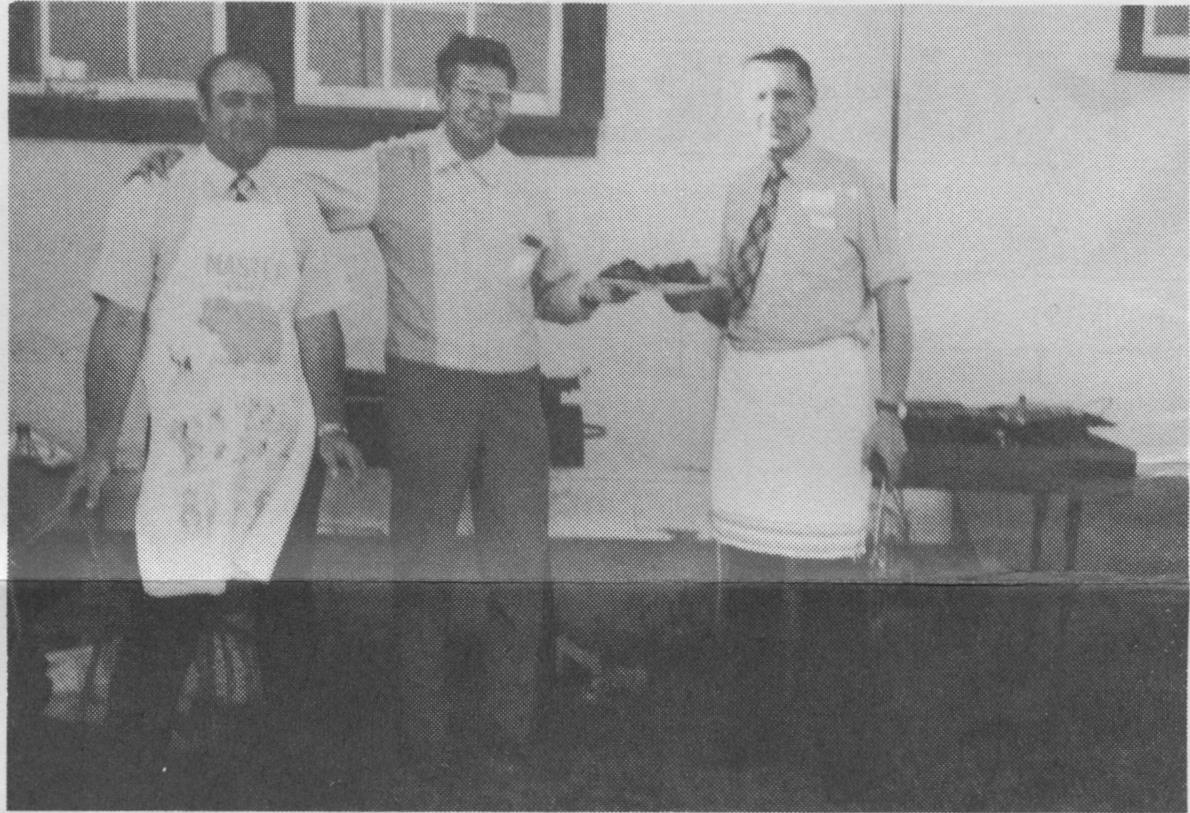 At Lindbergh First To Get Watch

On July 7, 1972 Tom McLennan became the first Lindbergh employee to receive a gold watch. On June 30 the office staff held a small party complete with anniversary cake to celebrate the occasion. Mr. Jack Mair of head office, who was visiting here at the time, presented Tom with the watch. He congratulated him on his 25 years and wished him another 25 good ones in the future. This was rather amusing to Tom, who said "I figured I'd stay about a year when I first came here. 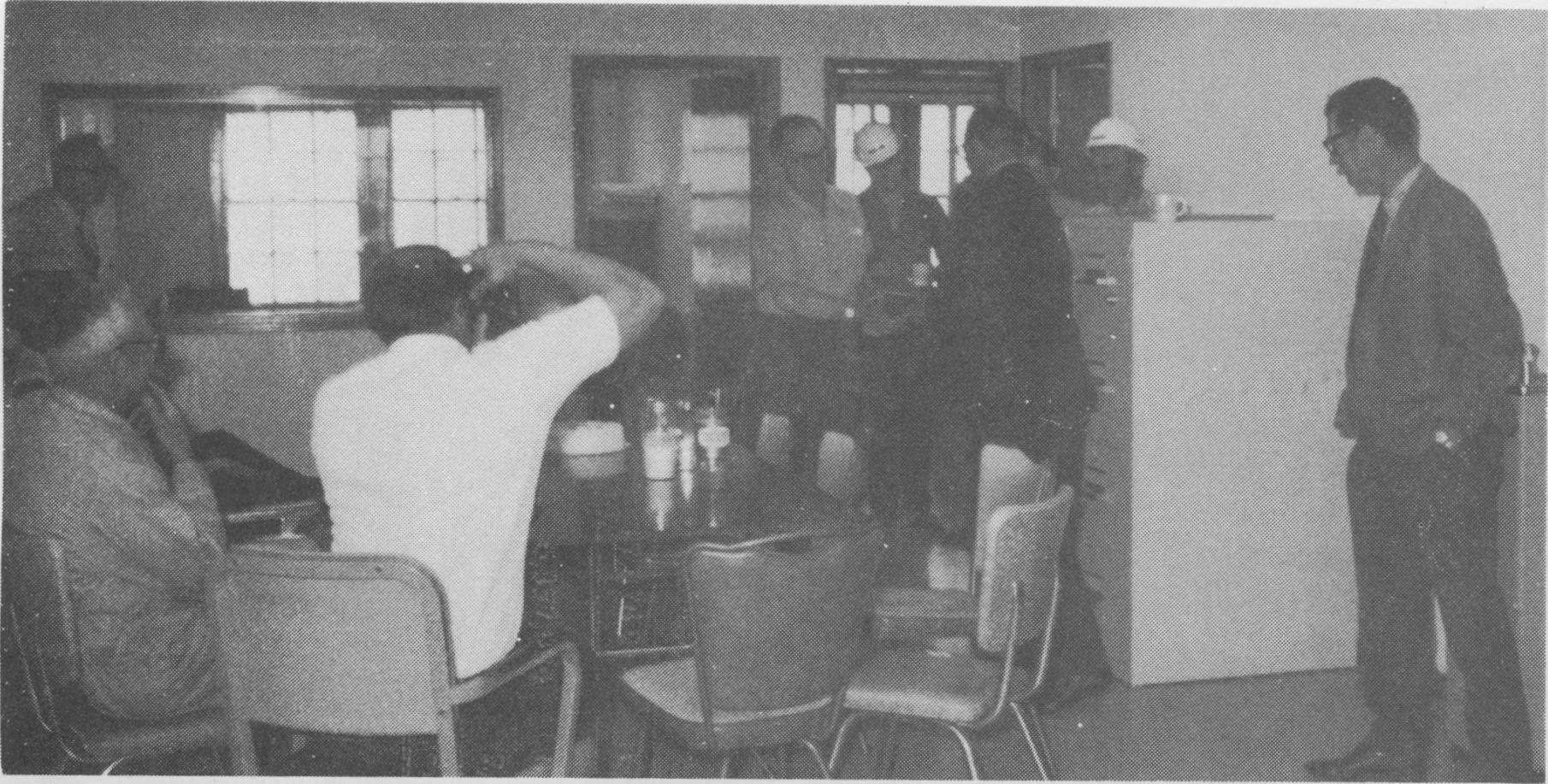 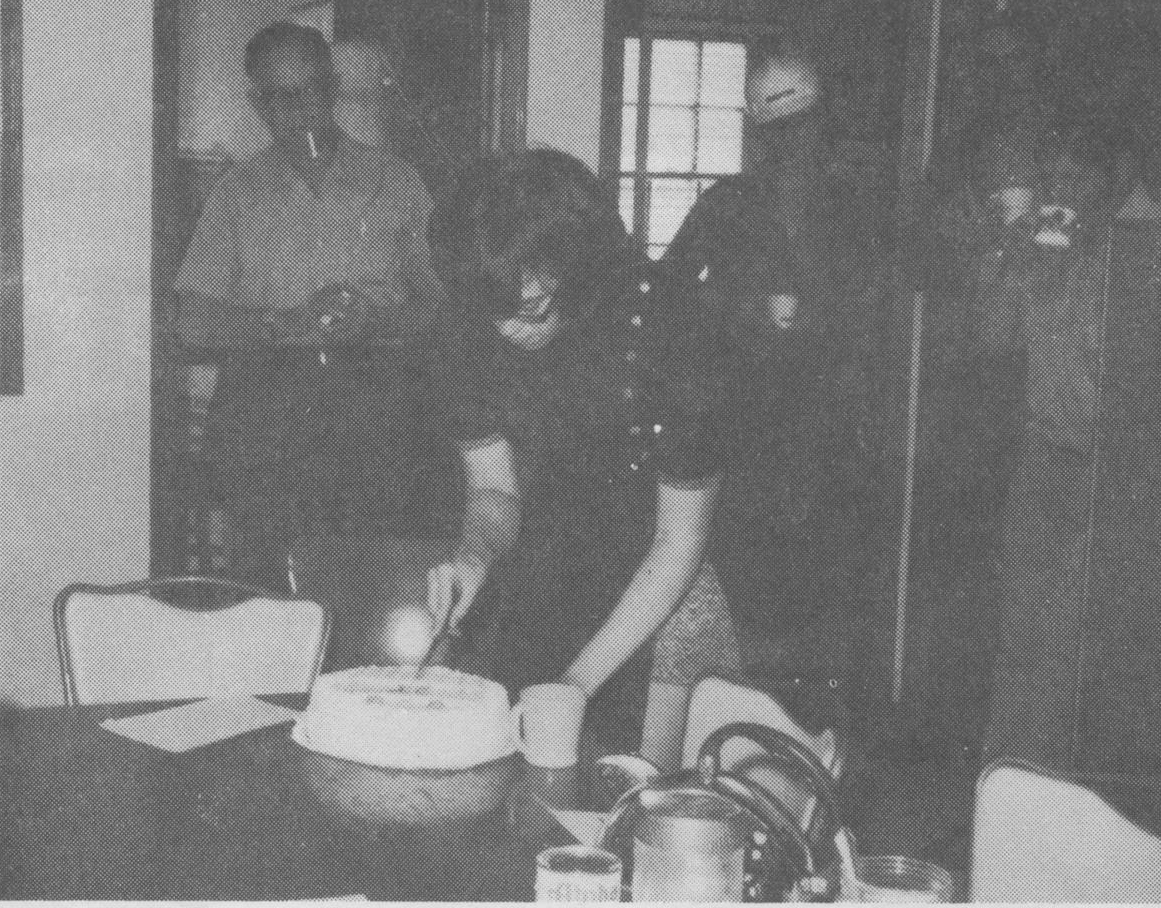 John Williams pinned on Tom's 25 year pin, then Sophie cut and served the cake to all those present, including Corporal Goldberg and Mr. Paul Petrosky.

We all join in congratulations to Tom, and wish him the very best in the future.

We all happily welcomed Mr. Herb Sills for his few days stay with us. The Packaging Girls enjoyed the pleasure of his company during a small coffee time birthday celebration for Sheila Lorenson. Coffee, cake and whipped cream topped with strawberries and pineapple. We talked with our mouths full but we thoroughly enjoyed it. The word "fattening" was not even mentioned!

The North Saskatchewan River gave us a few moments of wondering this summer. Heavy rain falls in other areas brought the level up quite shockingly. More debris and garbage floated down in a few days than is usually found in a year's time.

Creek backed up from river flooding.

We have with us for the summer months six new employees Wesley Meger, Richard Meger, Clifford Stults, Freda Krissa, Dwayne Moneta, and Tyler Morris. Two new regular employees are Don Heathcote and Victor Yushchyshyn. Welcome to all of you.