The Windsor Club sponsored three parties during the Christmas Season this year : the Annual Adult Party, the Annual Children's Christmas Party and a new ventureâa Teen Disco Party for the younsters between those two age groups. All three parties were very successful.

The new Teen Disco included ages of grade six to age seventeen years. The evening for the teens included a shuffleboard tournament and dancing to favorite records. Some even went ice skating in the adjoining rink during the evening.

The 22nd Annual Windsor Club Mixed Bonspiel was held the weekend of February 19 with 24 rinks entered. 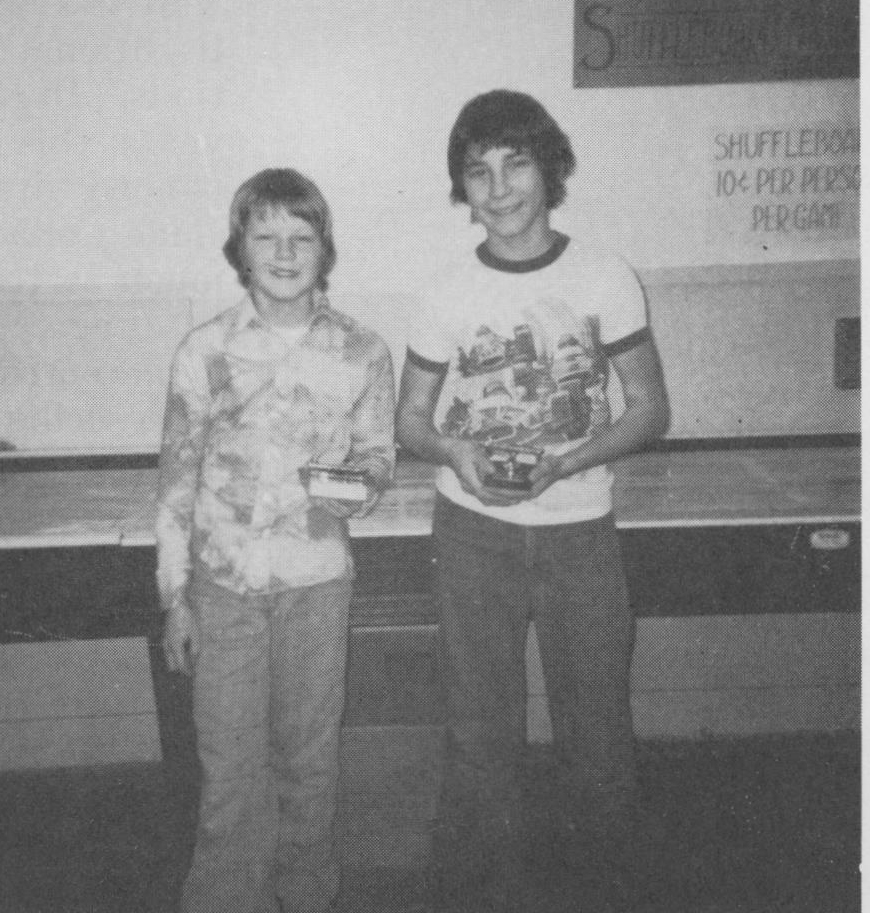 Winners of the shuffleboard tournament at the December Teen Disco (sponsored by the Windsor Club), Rodney Pacholek and Kevin Parenteau. 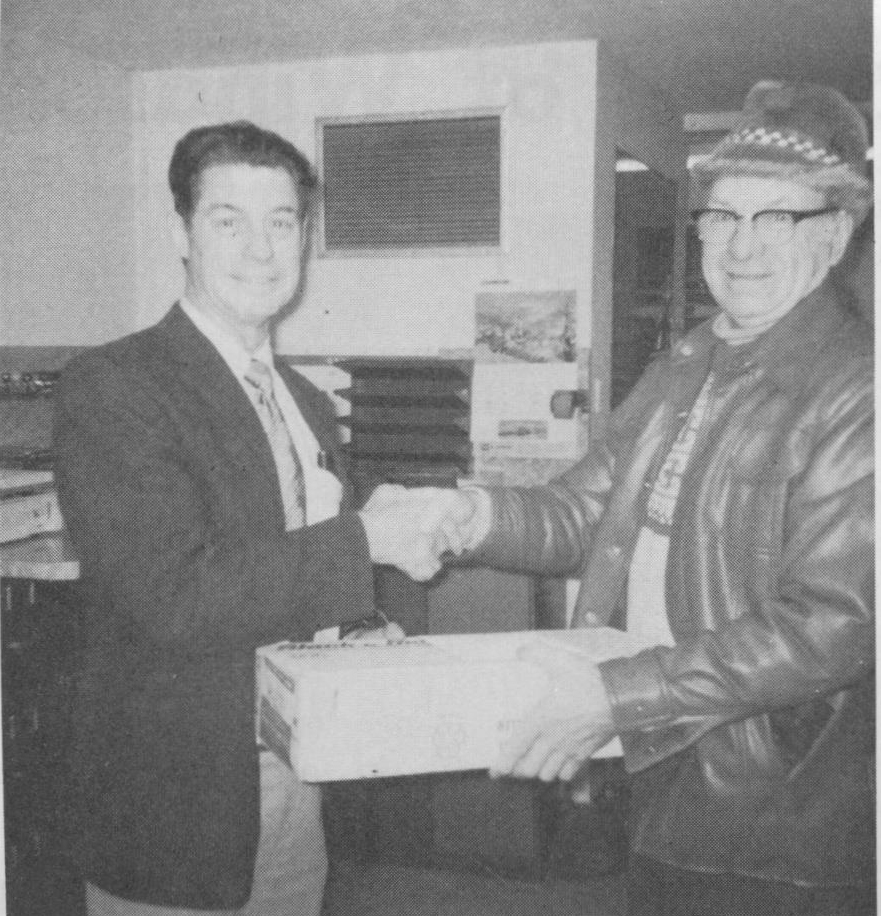 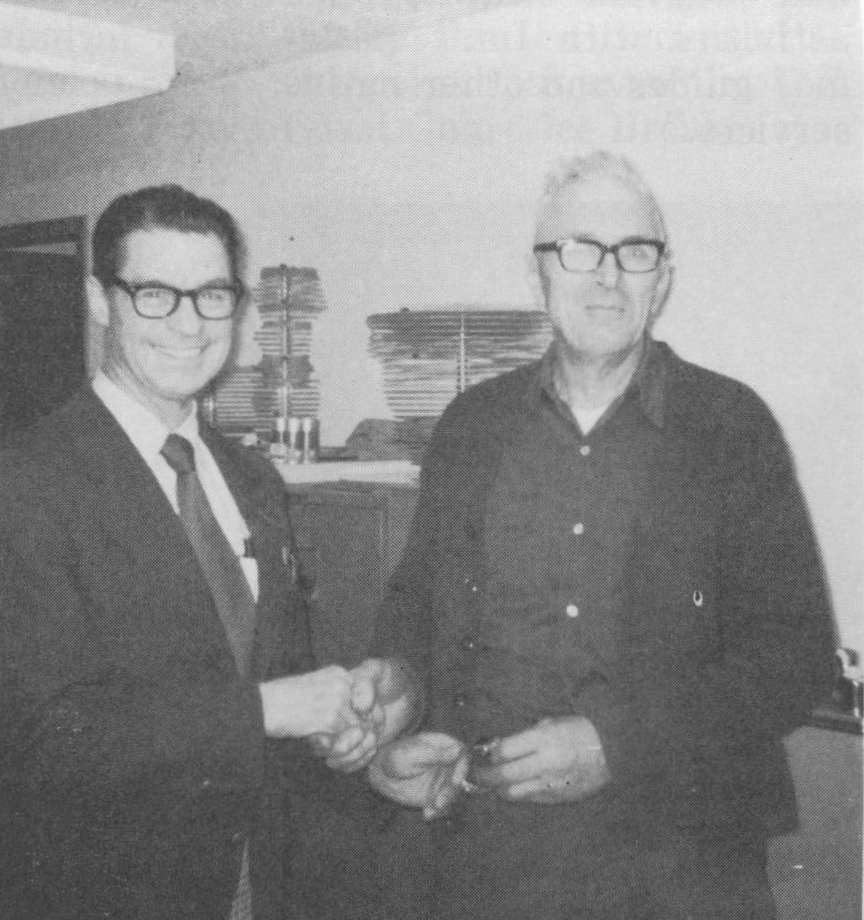 John Williams presenting Ron Seal with Gold Watch on his 25th anniversary with the company. 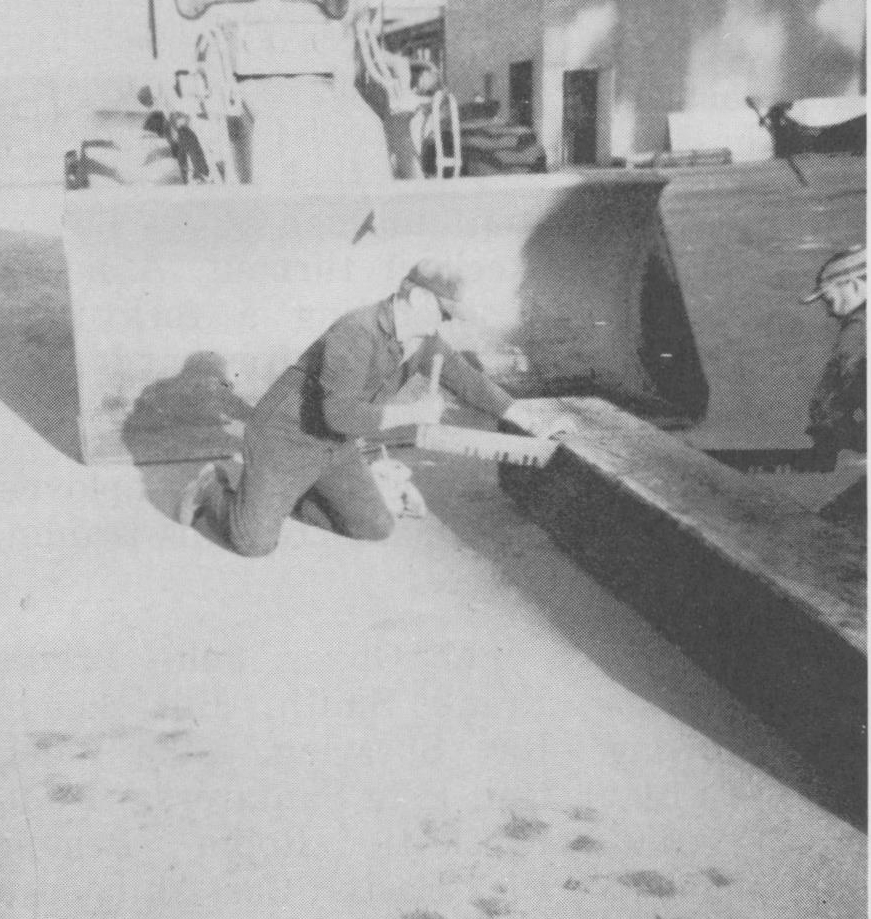 "When modern machinery failsâtry the old reliable methods." When the maintenance crew tried cutting this piece of lumber the chain saw gave them some trouble so they used the old two-man saw. 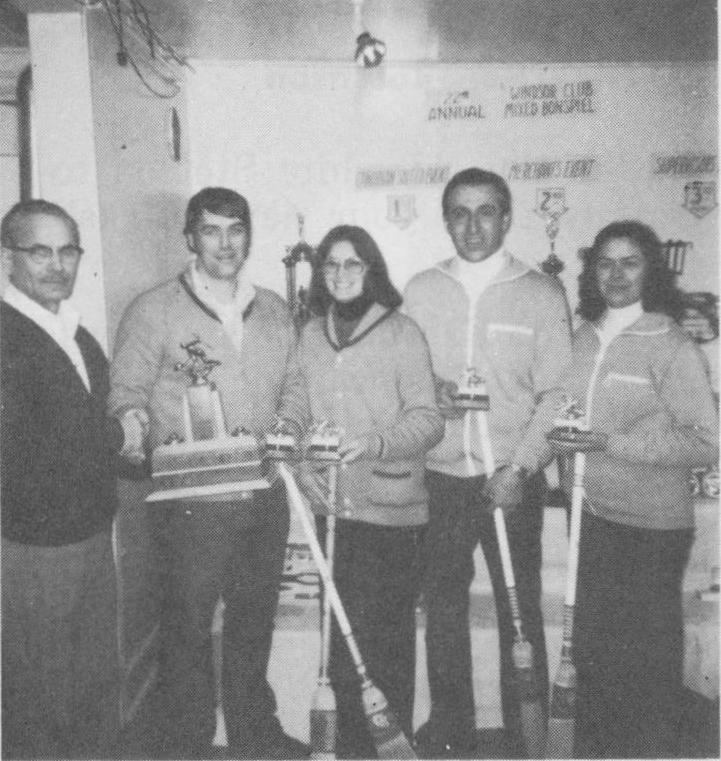 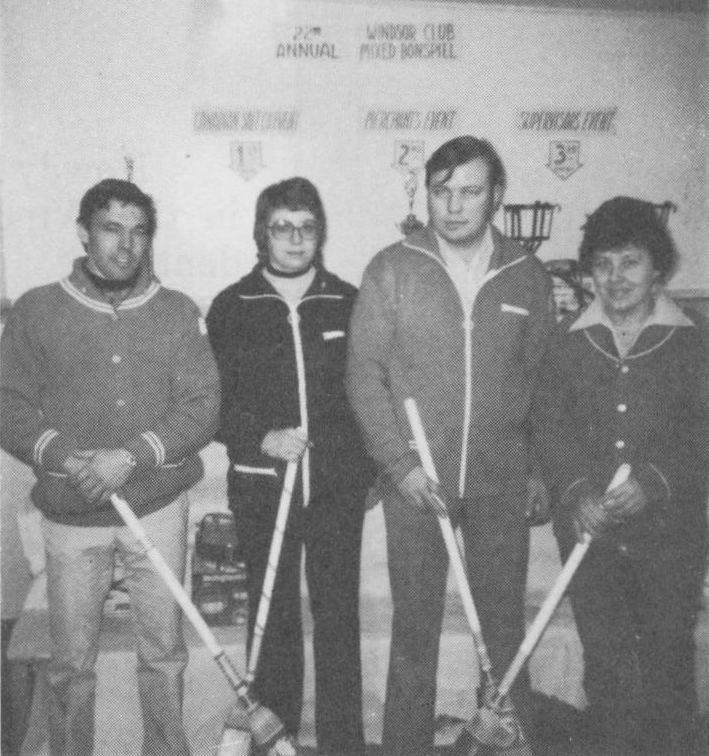 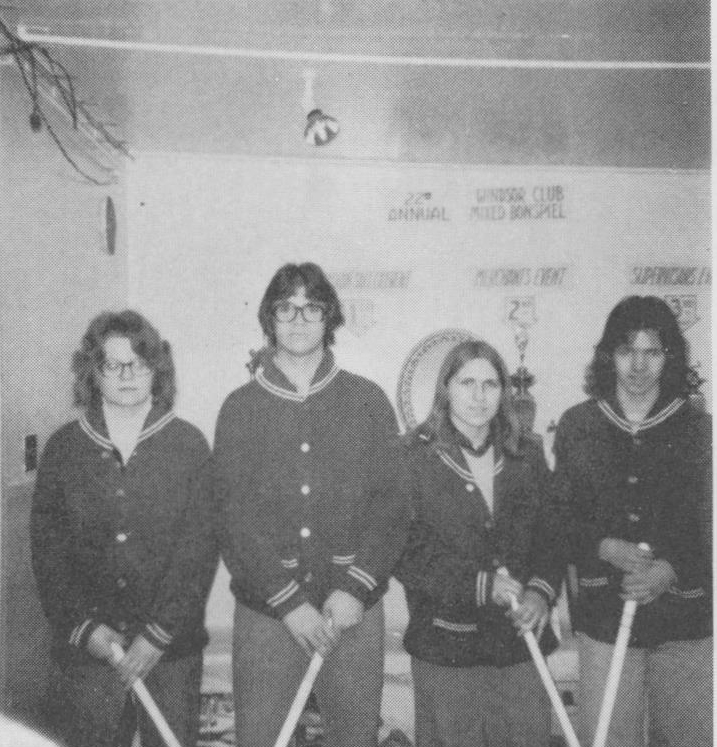 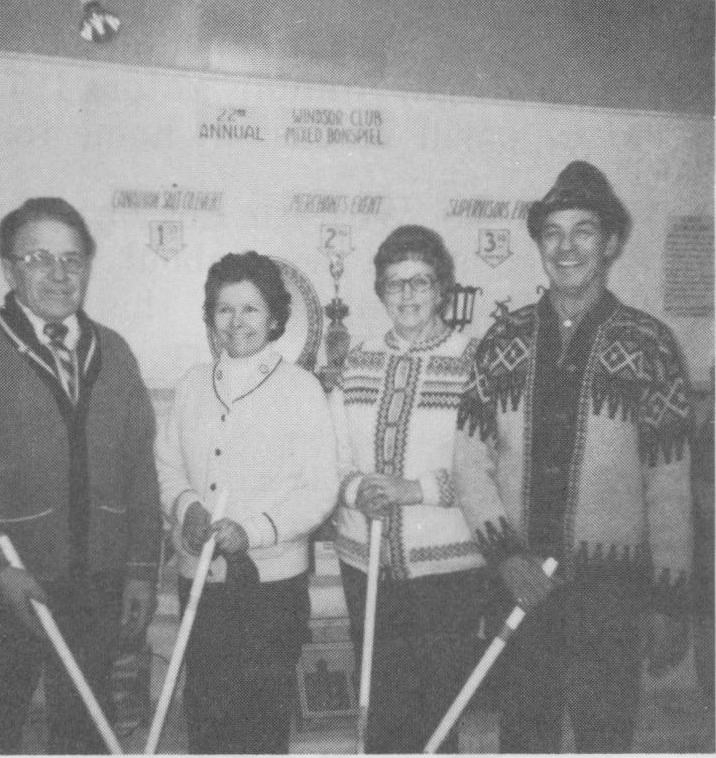 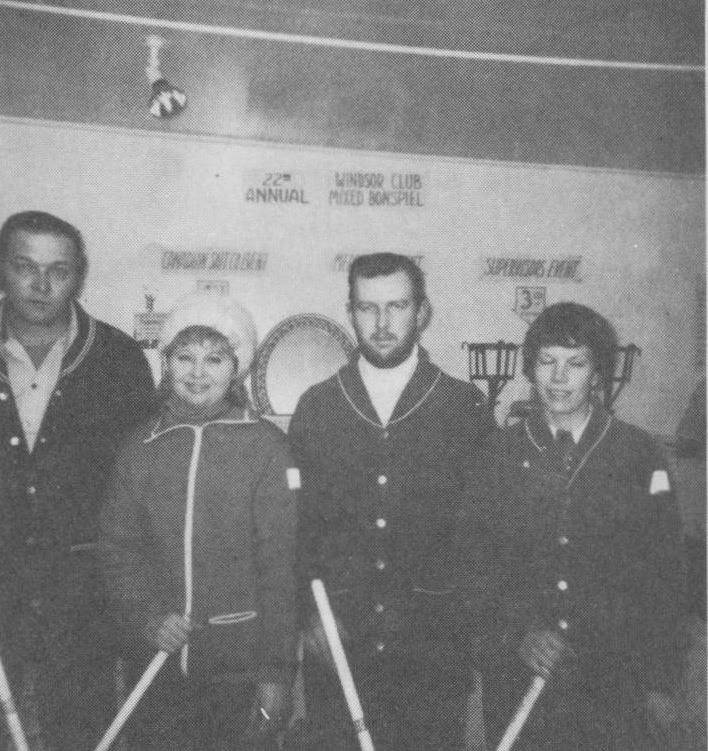 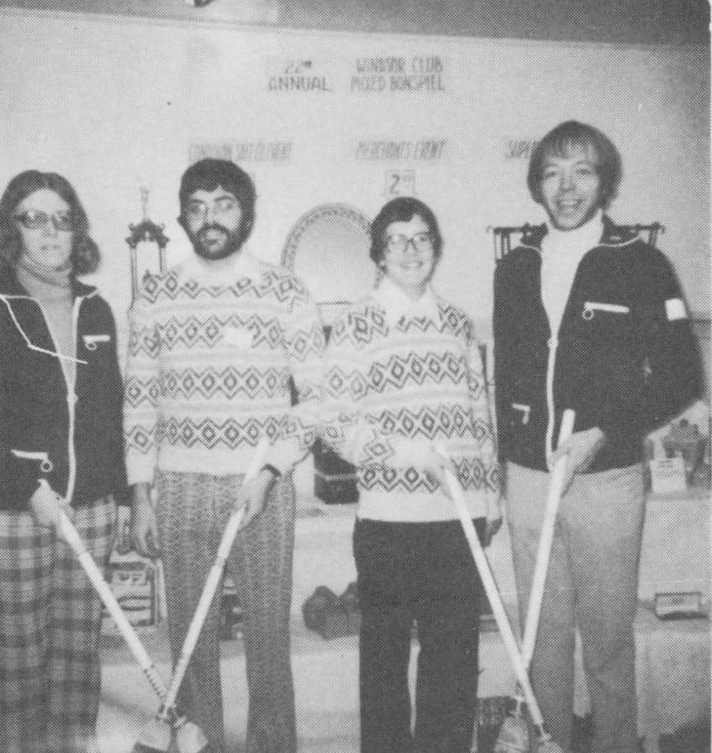 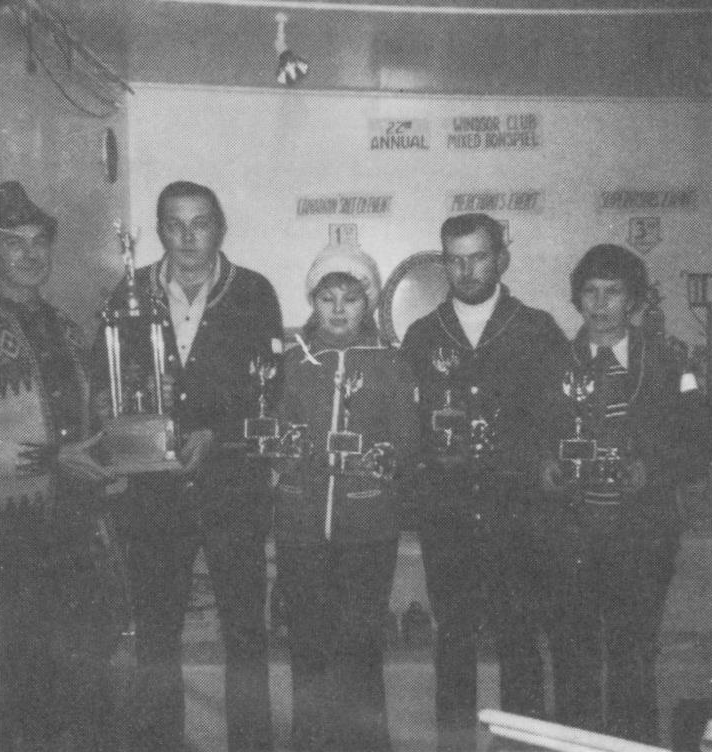