The annual Windsor Club barbecue was a repeat success with about 75 persons in attendance. The steaks were delicious and master chef Alex Wyness even dished out a few second helpings. The dance following was well attended and Herb Sutton's orchestra provided some fine dance music.

We have a new ice maker to try to keep the curling enthusiasts happy this winter. Roy Kendall has attended the Ice Maker's School in Edmonton and is now awaiting that annual chill so he can get busy.

A day of boating and fishing at Muriel Lake was provided by Mr. and Mrs. J. D. Williams for staff employees and their families. After an enjoyable day the guests were treated to a barbecue supper by the hosts.

World Series time saw a few extra lucky people who were not content with winning one pool but collected on two. J. D. Williams, Larry Lorenson and Gerald Stults.

Recent additions to the salt family:

Congratulations and best wishes to newlyweds Jim and Joanne Ramsbottom (nee Miller). Joanne worked part- time on holiday relief in the office during the summer.

At long last we have a good (million dollar) bridge at Heinsburg. It was officially opened October 9 with a round of festivities on a very nice day. The plant had a float in the parade â a 4-ft. by 8-ft. replica of a 2-lb. Square can. Slowly turning on the back of the Company truck, it added a touch of color to the parade of 32 floats. The parade was followed by speeches by local and provincial dignitaries and a barbecue rounded out the activities.

E. W. (Ed) Pankiw has been drafted into service as photography editor for future salt licks news issues from Lindbergh. 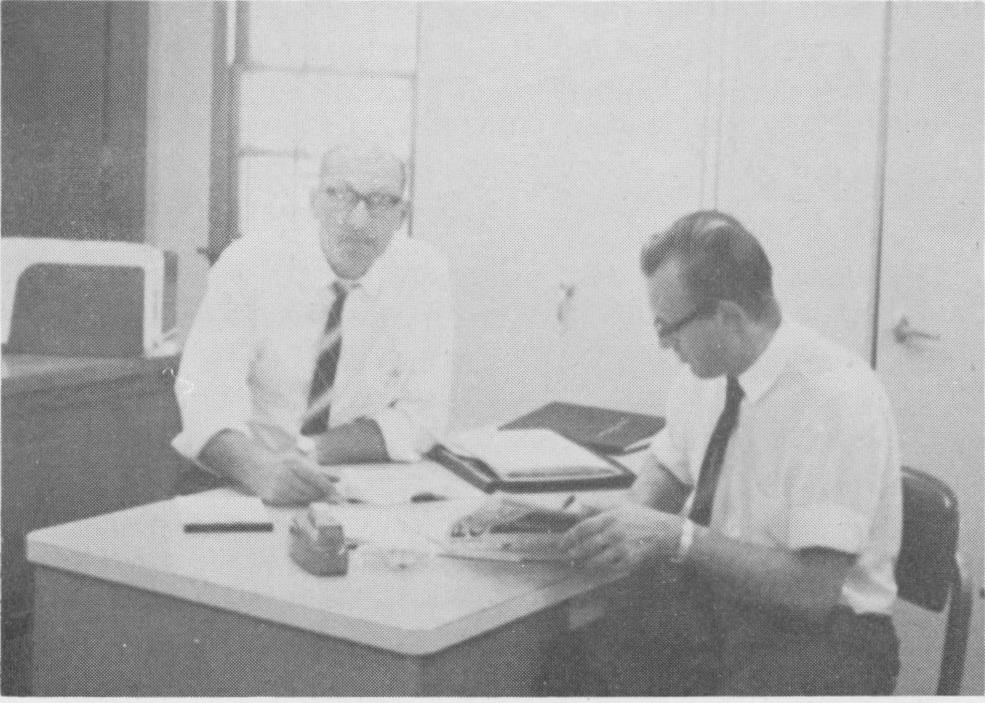 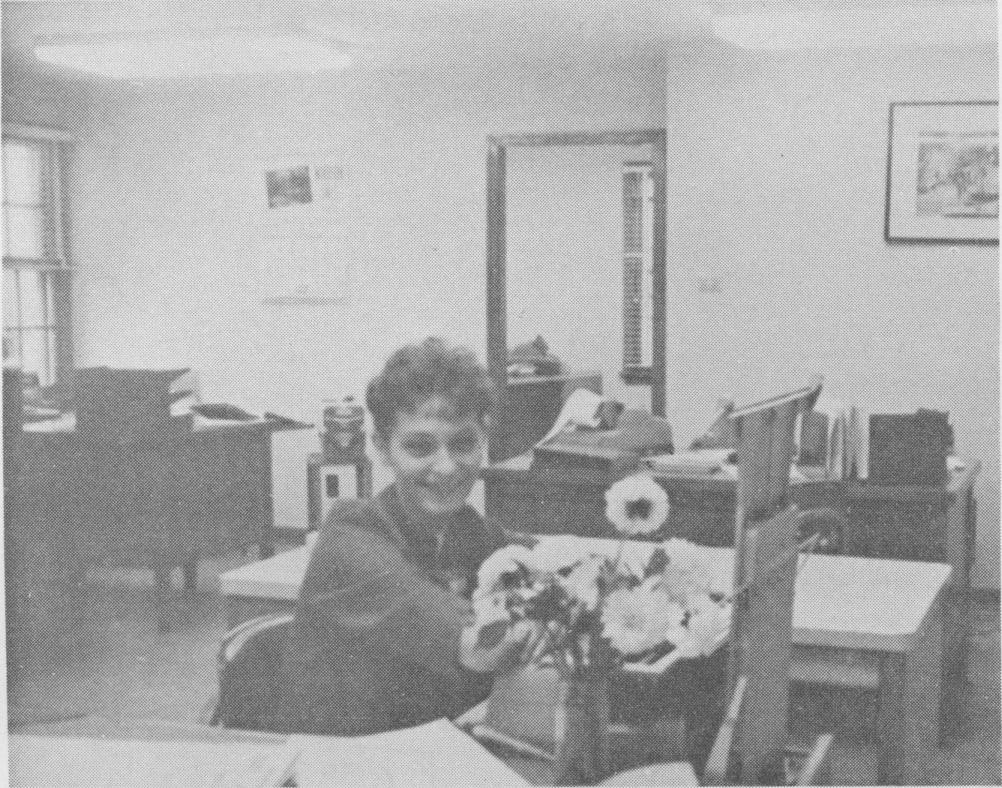 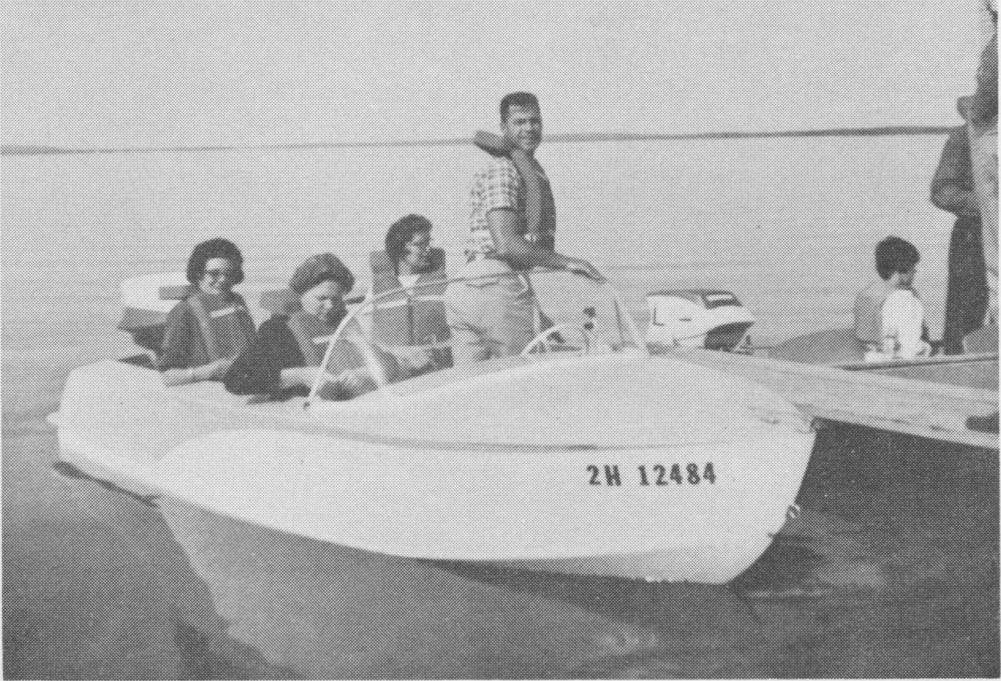 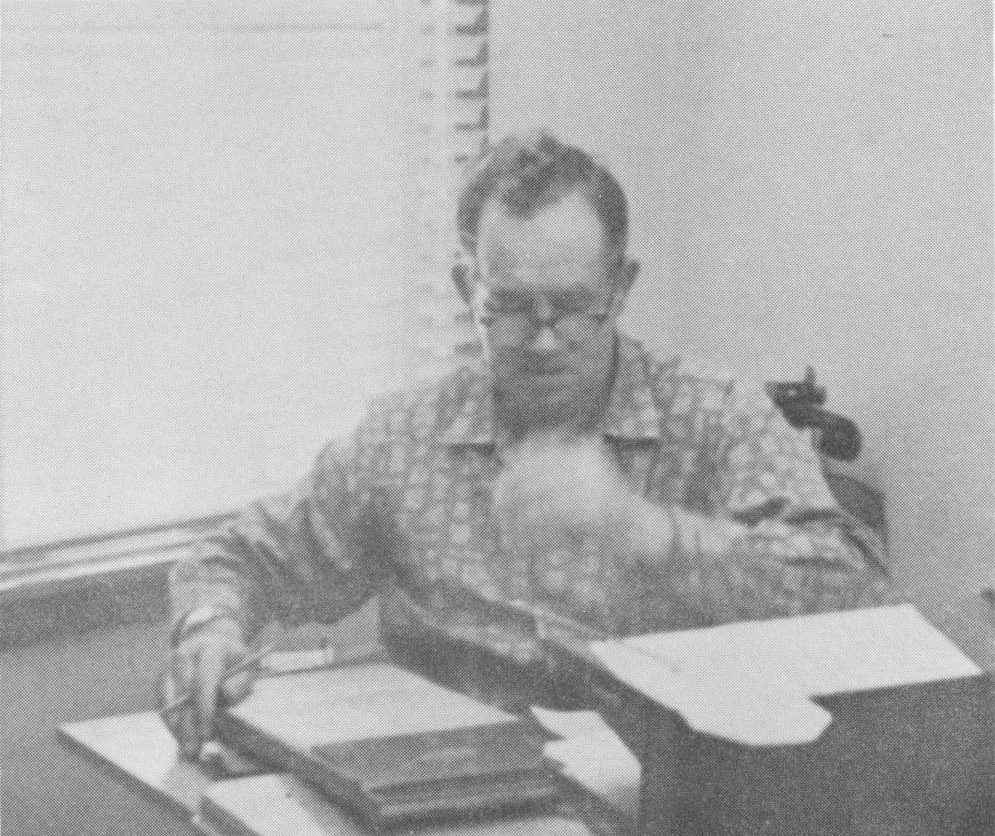 The hand is quicker than the eye as T. R. McLennan
checks the books. 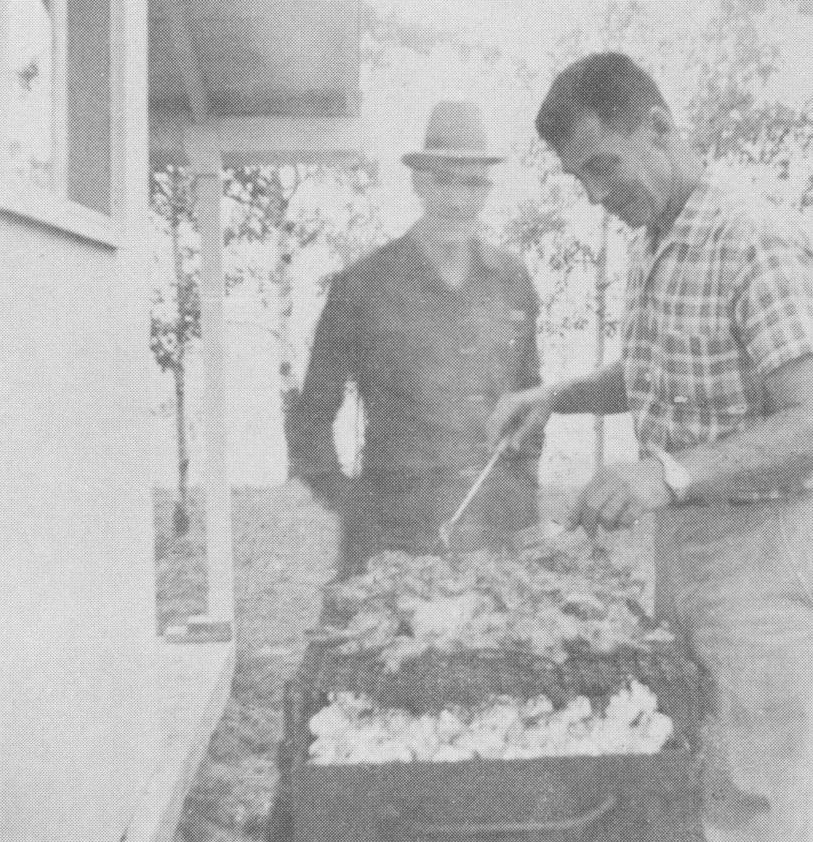 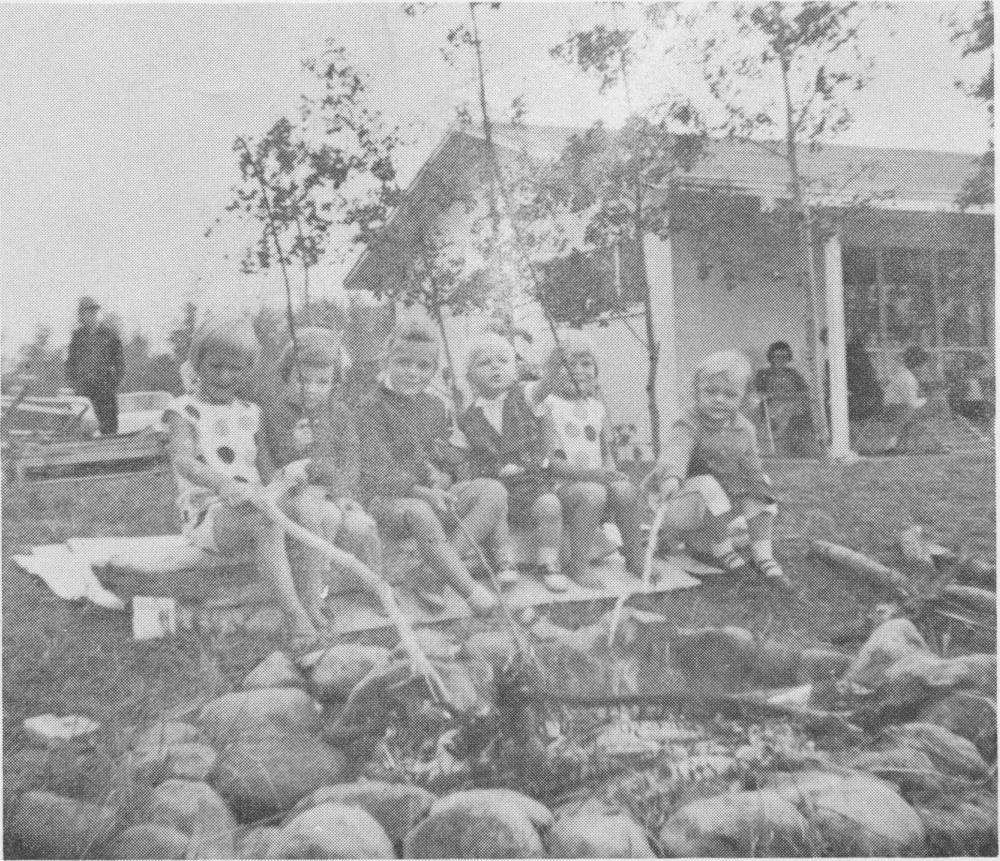 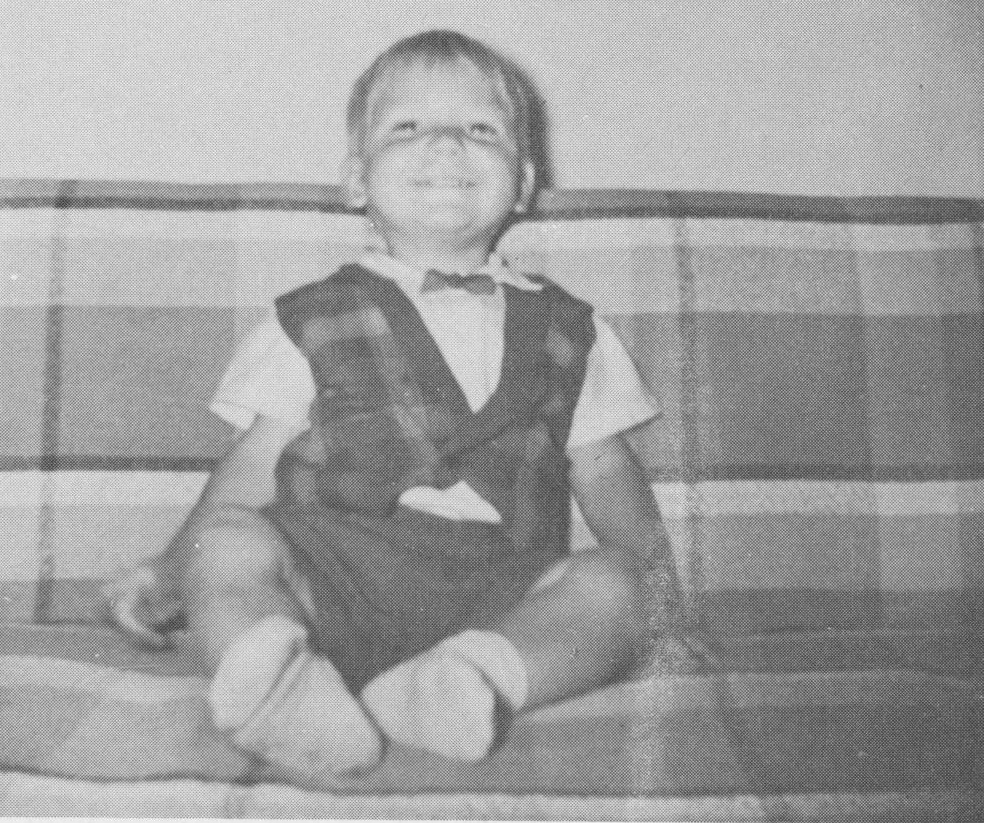 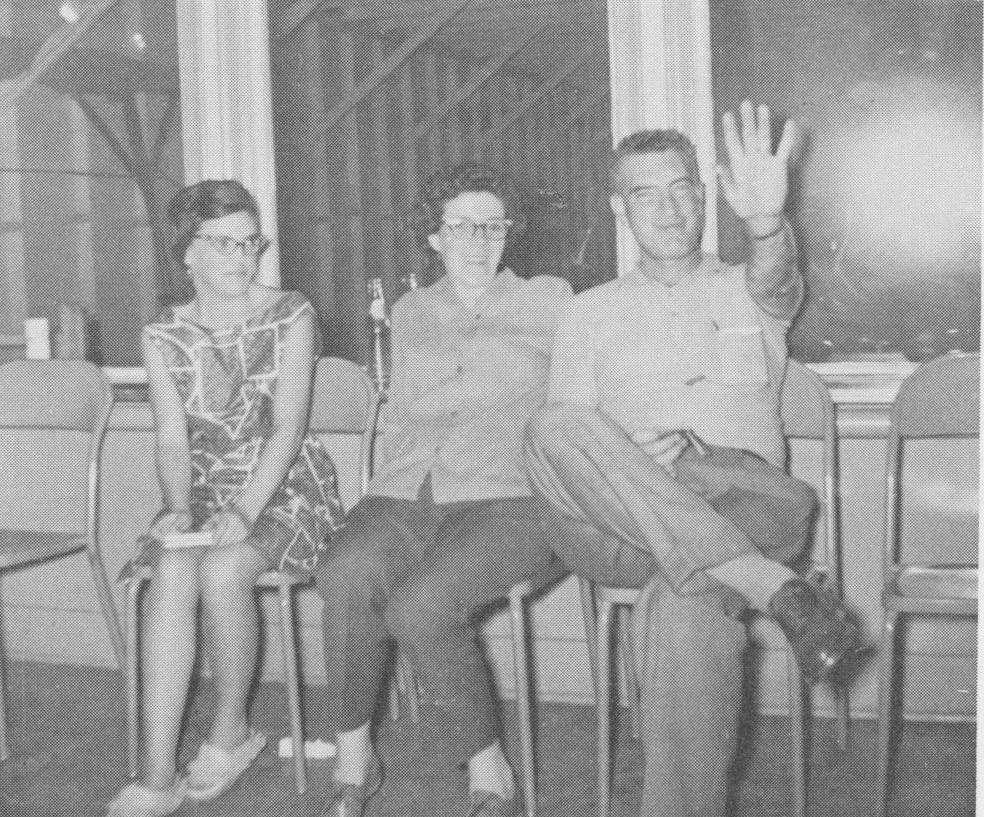 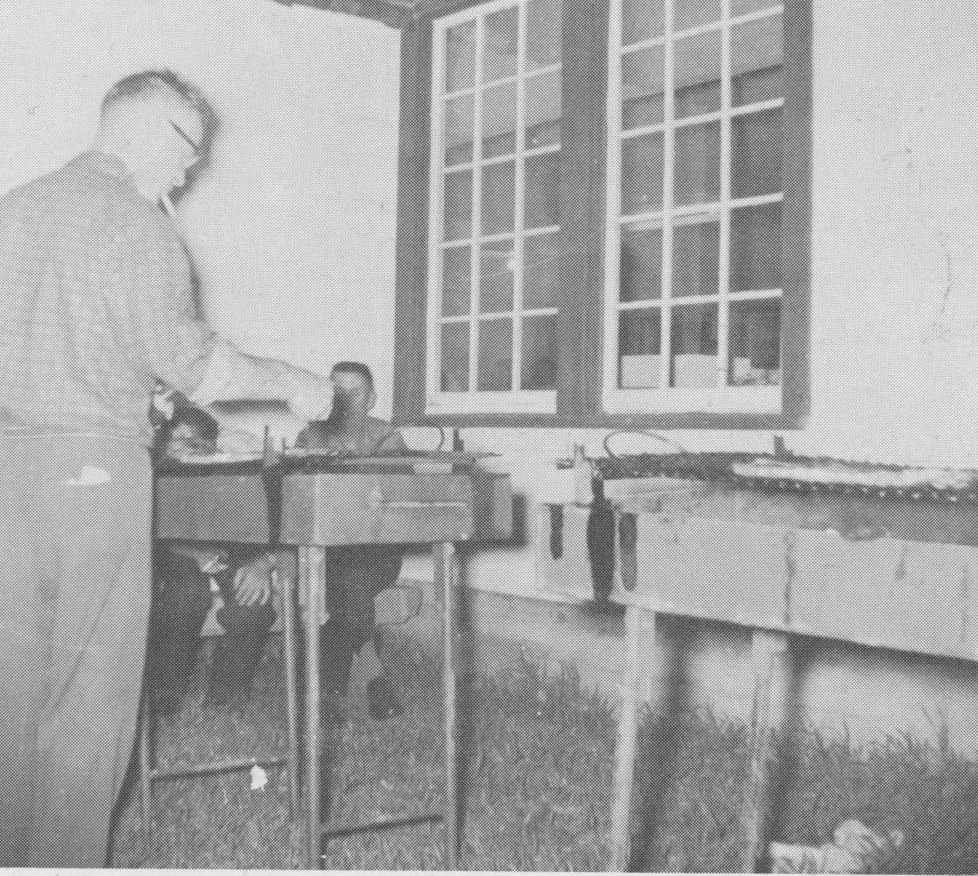 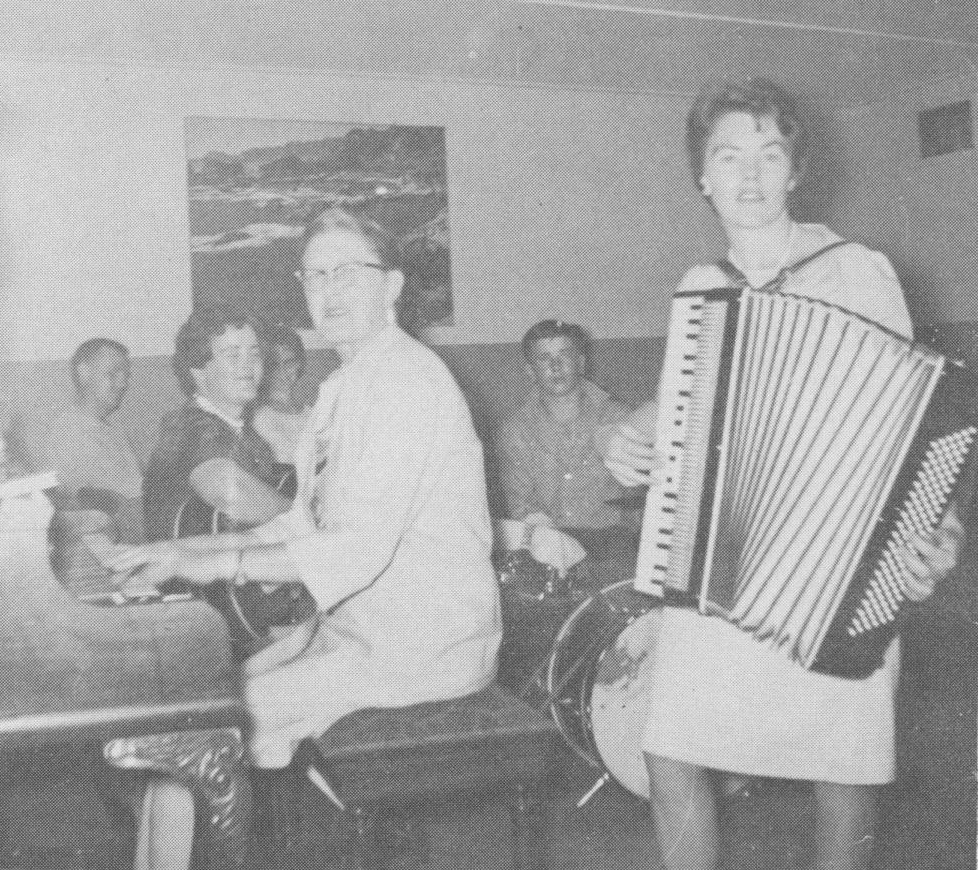 Musicians at the barbecue. 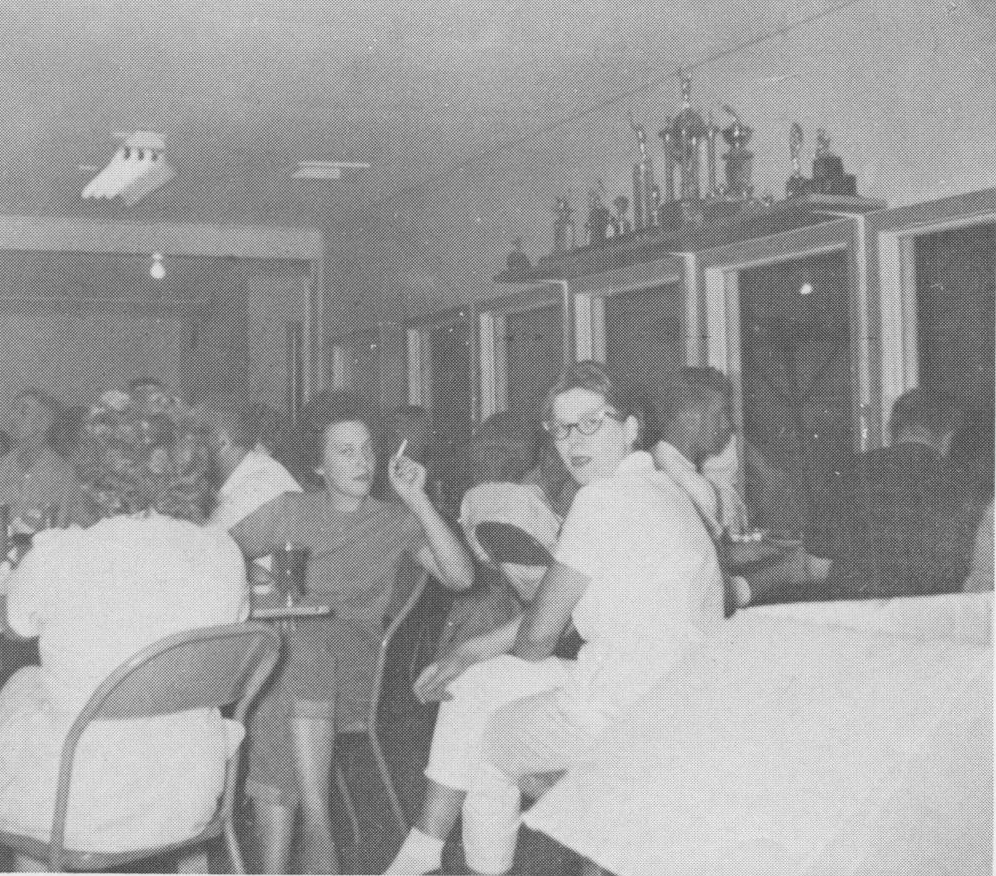 Part of the crowd eating up the steaks. 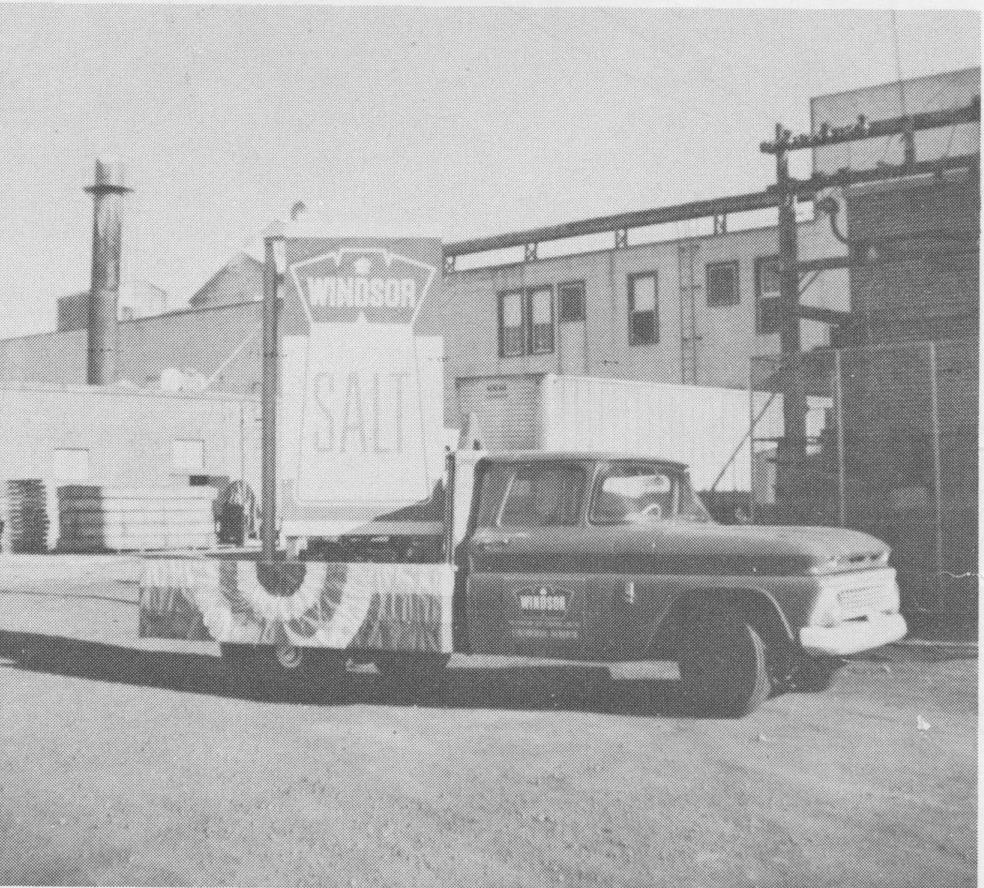 Windsor float before the parade.