HISTORY OF LINDBERGH SALT WORKS
The Lindbergh Facility was officially opened on March 19, 1949. The original name was the Alberta Salt Company Ltd. The press releases dubbed the opening as the "Million Dollar Plant". 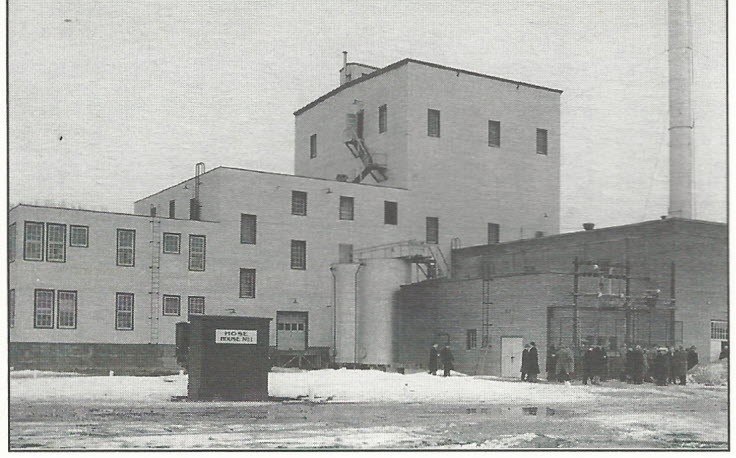 A special CNR train from Edmonton carried two cabinet ministers, 31 MLA's, wholesalers, business leaders and newspaper editors from all parts of the province to the opening ceremonies.

The Western Canadian Oil Companies, Home Oil Company, and the Calgary Edmonton Corporation were drilling in the Elk Point and Lindbergh district in search of oil and gas. They not only found gas and oil, they also found salt to be present.

With the North Saskatchewan River being near, the railway close by, and natural gas found to be present, salt could be easily produced. This brought about the formation of the Alberta Salt Company. Backed by the three oil companies, construction wasstarted in June, 1947 with the plant starting production in July, 1948. Daily production reached 125 tons of vacuum salt with 40 full time plant employees. One of the differences with the Lindbergh Plant was that they were completely self sufficient. It had its own natural gas wells  which allowed them to produce their own power, heat, and generating steam. It was also the first plant in the world to introduce Fused Salt and in 1951 the Lindbergh Plant was the first plant in the world to produce Fused Salt on a commercial basis. The concept of Fused Salt was considered, by most, to be an impossible feat. But the Plant Manager, Mr. Bert Ayres and the St. Paul Foundry constructed the furnaces, etc. and invented the "Impossible" Fused Plant. The Fused Plant melted 130 tonnes of salt daily at 1600°F. The salt was poured into cups to form a solid cake. It was then crushed producing a very hard finished product which was then screened and used as many different products including the well known Crystal Water Conditioner Salt. The Fused Plant operated until 1987 when it became evident it was not cost efficient due to the decreasing availability of natural gas.

In the following years the plant would double in size with the production being brought up to 400 tons per day. We would see the total brine wells rise to five and our gas wells increase to 22. Our railway service would be discontinued in 1989. The new System Saver II water conditioner salt is introduced. The Canadian Salt Company Limited would be purchased by Morton International giving us world wide recognition. 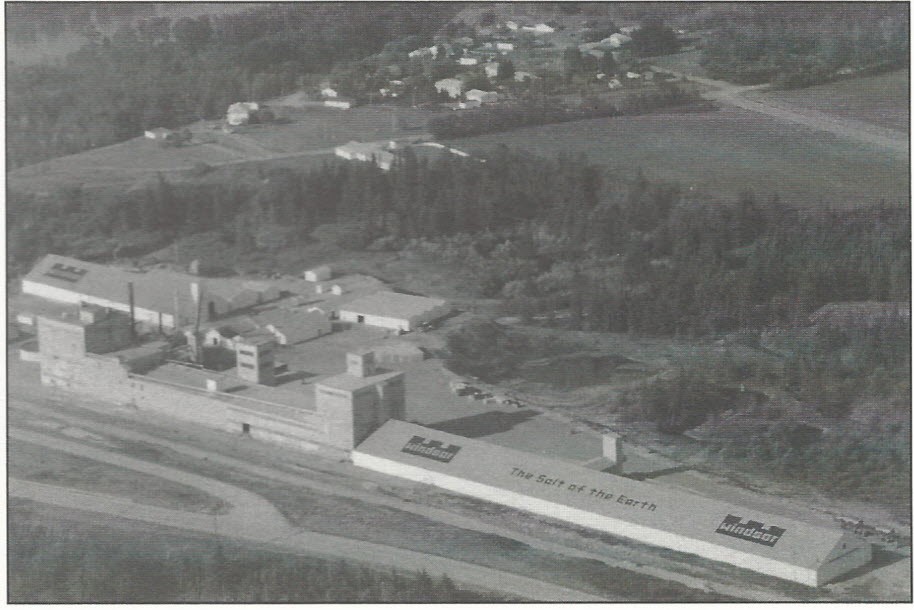 Lindbergh Highlights over the past years

1960's: The heat exchanger units in two evaporators were replaced. This allowed production capacity to double to 250 tons per day. The plant doubled in physical size.

1970's: Two bulk storage sheds were built with a capacity of 5000 tons each. The power plant was increased by 50. #1 Evaporator was replaced and a third evaporator was installed to bring production up to 360 tons per day. With the installation of the third evaporator, we began operating in a triple effect configuration. A new furnace was installed in the Fused Plant which increased the Fused Salt production to 200 tons per day, a total of 360 tons of vacuum salt per day.

1980      The second effect evaporator was replaced resulting in increased production to 400 tons/day.

1990's     Market demands were taxing our production capabilities, posing a dilemma for our Production Department. Our people were innovative enough to develop our "Boil out on the run" procedure where we do not have to shut down to boil out our evaporators. This allows us to have continuous production with no down time.

This is the type of "brainstorming" which has continued since the start up of the operation in 1893, making us a first rate Company. 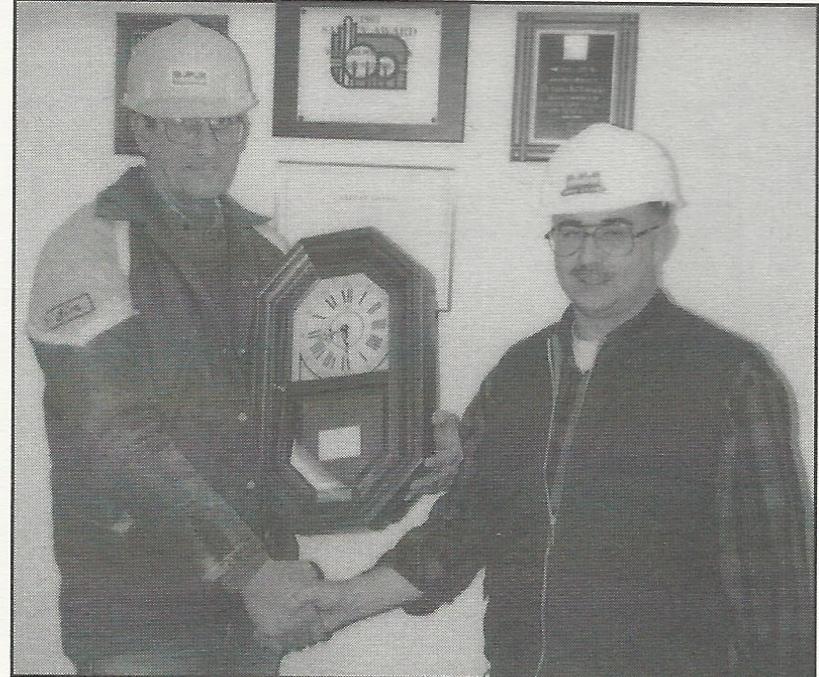 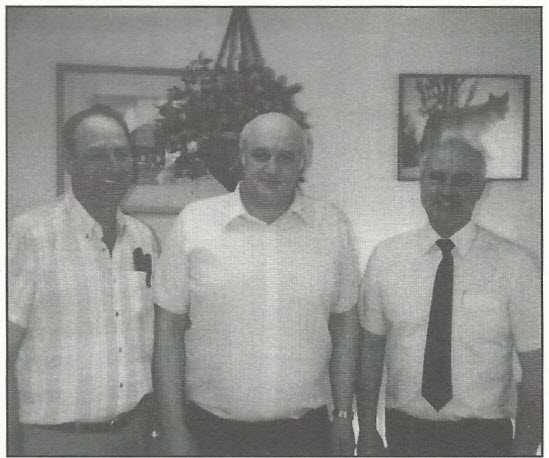 Welcome to our two new Power House employees: Murray Dyjur and Larry Stratford, both of whom are Power Engineers 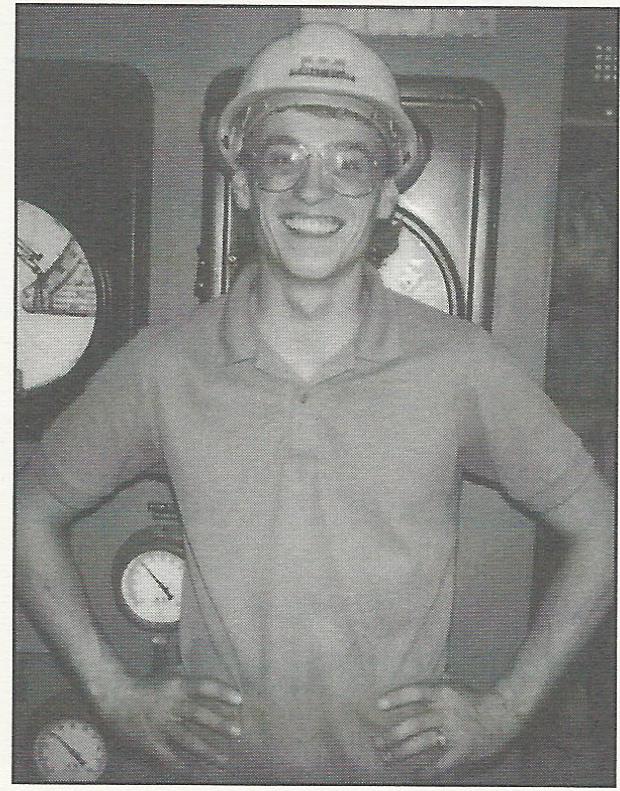 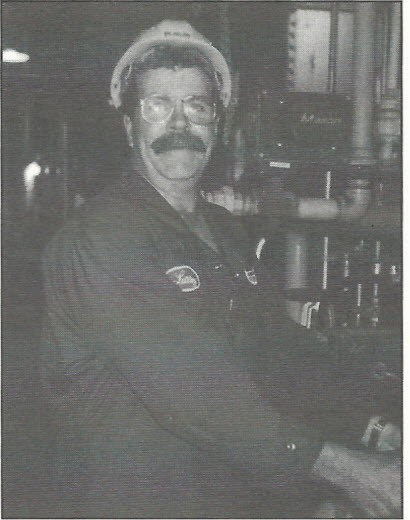