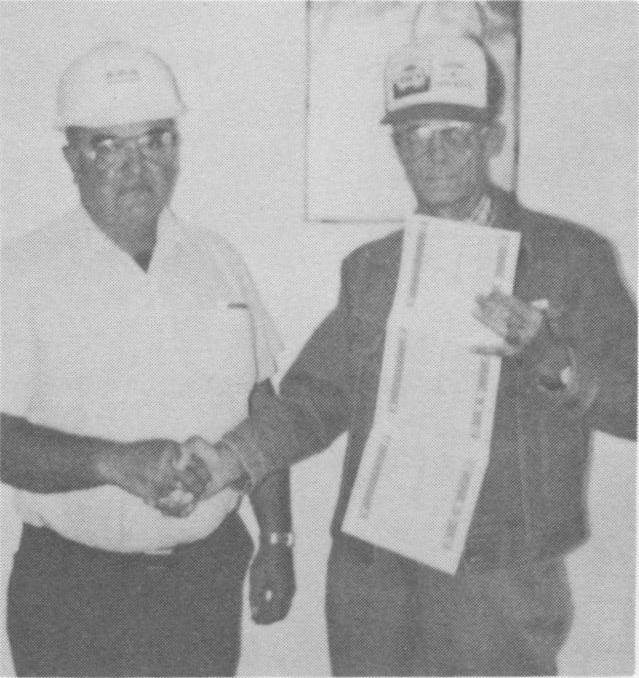 Ray Hammond, Pan Room Operator, has reached another milestone in his career. Ray has completed 35 years with Canadian Salt on July 20, 1986. Ray started his employment in the shipping department and then transferred to the Pan Room. Loading box cars was then a manual operation using a wheel barrow. During that time period, monitoring the dryness of the salt was achieved by watching the salt for steam to rise indicating temperature had to be increased for drying. Throughout the last 35 years Ray has witnessed the increased efficiency with the use of loaders, forklifts, and the installation of a variety of electronic, computerized and/or technological equipment. Congratulations on your achievement, Ray. 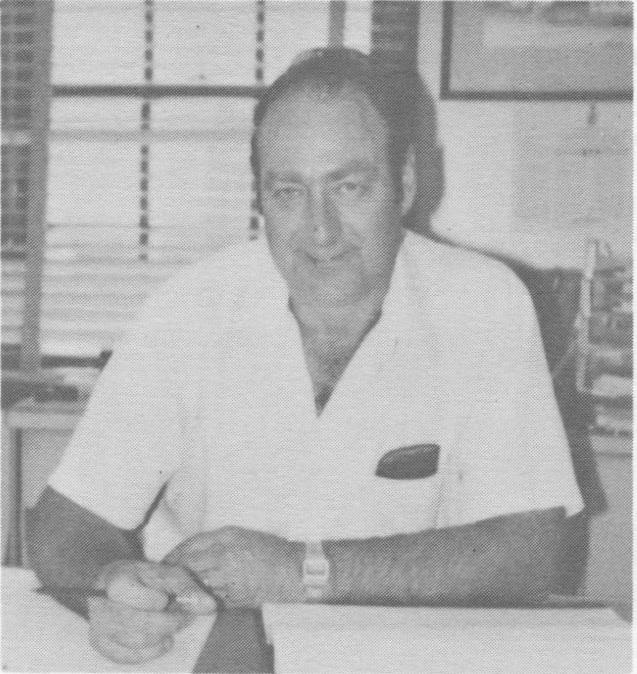 Tom Melnyk joined the Company in July 1956 at Lindbergh Works and stayed until July 1957 when he decided to try his hand at something new. Apparently Tom missed us as he returned in 1961 to Lindbergh. February 1962 he was transferred to Edmonton office and then on to Neepawa office. Tom then returned to Lindbergh as Accounting Clerk until August 1975 when he was promoted to position of Office Manager and Works Accountant.

Tom and his wife Lorraine make their home in St. Paul, Alberta. Congratulations Tom and we know you will receive many years of enjoyment from your new Bulova wrist watch which you received as your service award.

Ken Palamarek, Works Manager, achieved 20 years of service on June 20, 1986. Ken joined the Company in 1966 as Project Engineer. He was transferred to the Ojibway mine in Windsor where he spent 16 months gaining experience in the mining operation. Ken returned to Lindbergh in 1975 where he continued to excel in his engineering skills. He progressed from Plant Engineer through General Plant Superintendent and Assistant Plant Manager and was appointed to the position of Works Manager on September 1, 1980.

Congratulations Ken on this another of your great milestones in your career.

Carl Nelson passed away June 4, 1986. We extend our deepest sympathy to Carl's family. Carl joined the Company in June 1957 and   retired from the position of Fused Operator in April 1981.