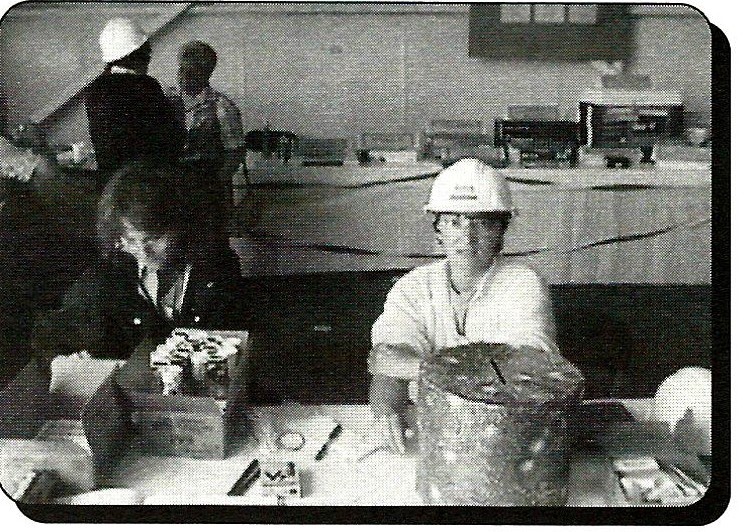 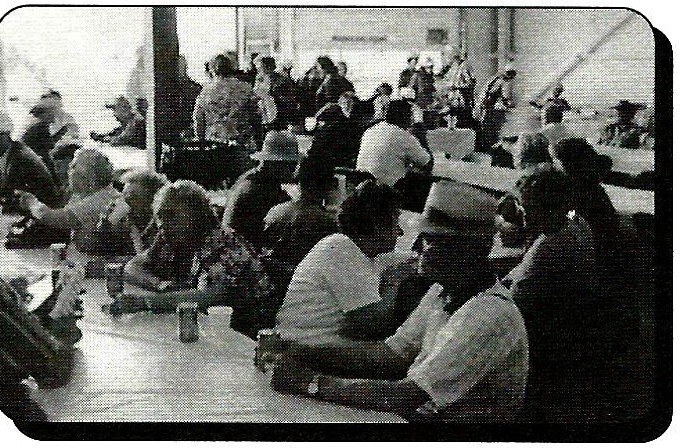 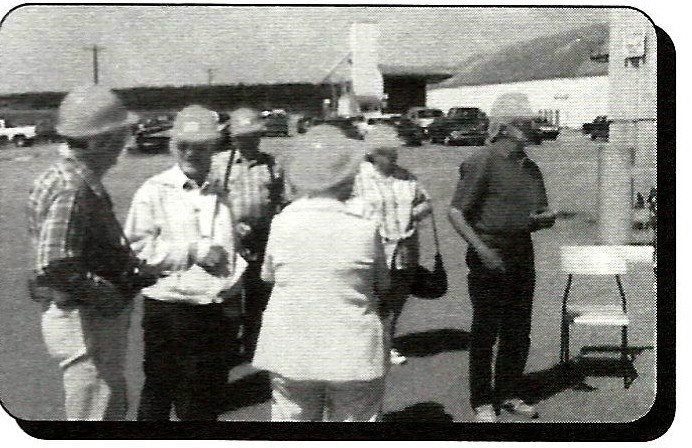 Lindbergh Facility celebrations for their 50th Anniversary were held on site June 10, 1998 from 10:00 a.m. to 3:00 p.m. and those in attendance were served beef on a bun, donuts and refreshments. Tours were coordinated and Salt and Pepper packets, golf tees and pen souvenirs were distributed . Many local companies supplied us with door prizes which were greatly appreciated.

Congratulations go out to these employees of the Lindbergh Facility who have dedicated so many years to their work here with us. 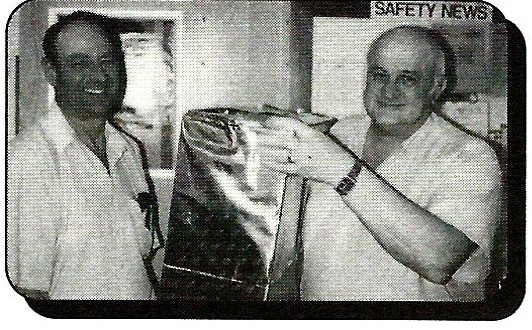 Tom Melnyk (left) presents Orest Capjack with a gift of luggage for his 35 years of service on March 1, 1998.

Tom Melnyk retired from the position of Works Accountant June 30, 1998 after 37 years of service. Tom and Lorraine we wish you a healthy and happy retirement. 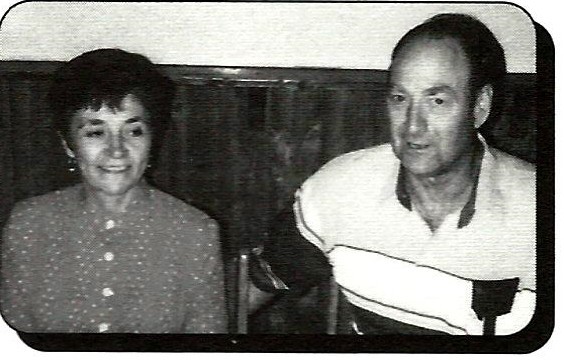 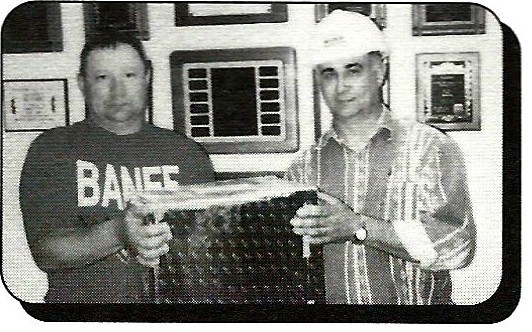 Marshall Moroziuk (left) is presented with a gift by Garry Gulayec for 25 years of service effective May 15, 1998. 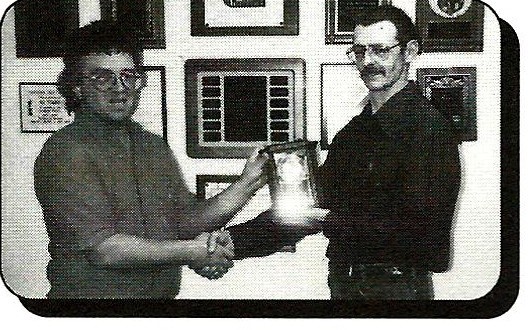 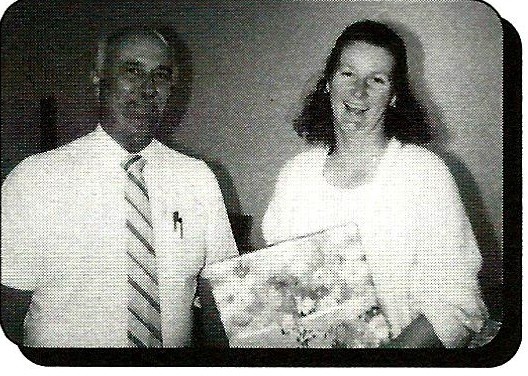 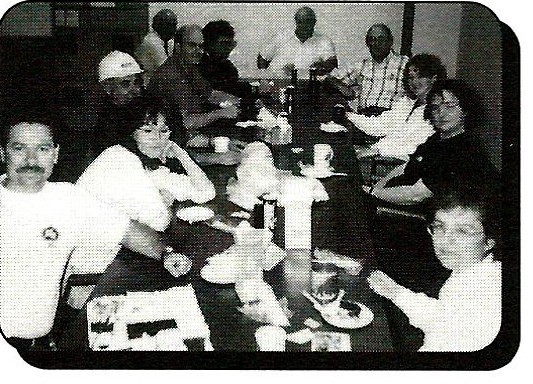 Lindbergh administrative staff enjoy cake and ice cream with Mike Metz as we say farewell September 18, 1998. We wish Mike and Tracy and their family all the best in Calgary.

Richard T. Ganske was hired July 20, 1998 and he and his wife Carla have an infant named Thro. 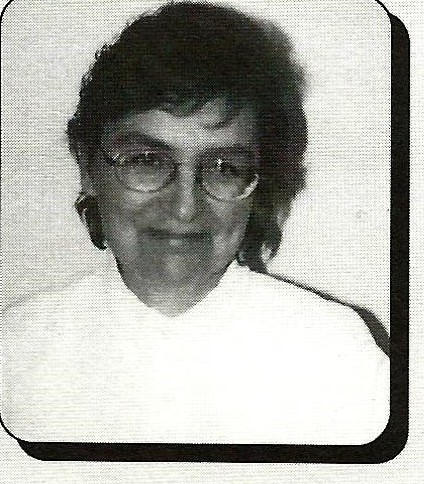 Glenna M. Beale was hired July 21, 1998 as a Secretary/Steno to replace Jane Dikeman. Glenna and her husband, David, reside in the hamlet of Fort Kent and enjoy travelling together. They have a daughter, Bethany, who is enrolled in Environmental studies at Augustana in Camrose and a son, Christopher, who is in grade 11.

Jamie Gingrich was hired November 2, 1998 as a Jr. Project Engineer. 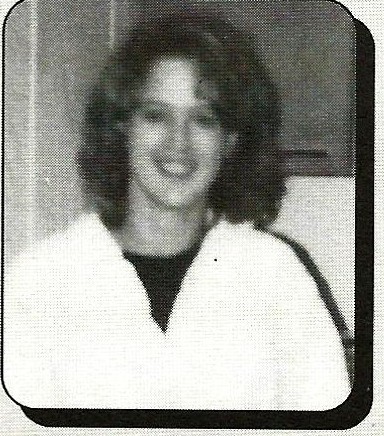 Ryan J. Gusnowski was hired August 31, 1998 and he and his wife, Jackie, have an infant named Clarissa.

Terrance Yuschyshyn was hired September 1, 1998 and is the son of Shirley Yuschyshyn, the Receptionist/Secretary here in Lindbergh.