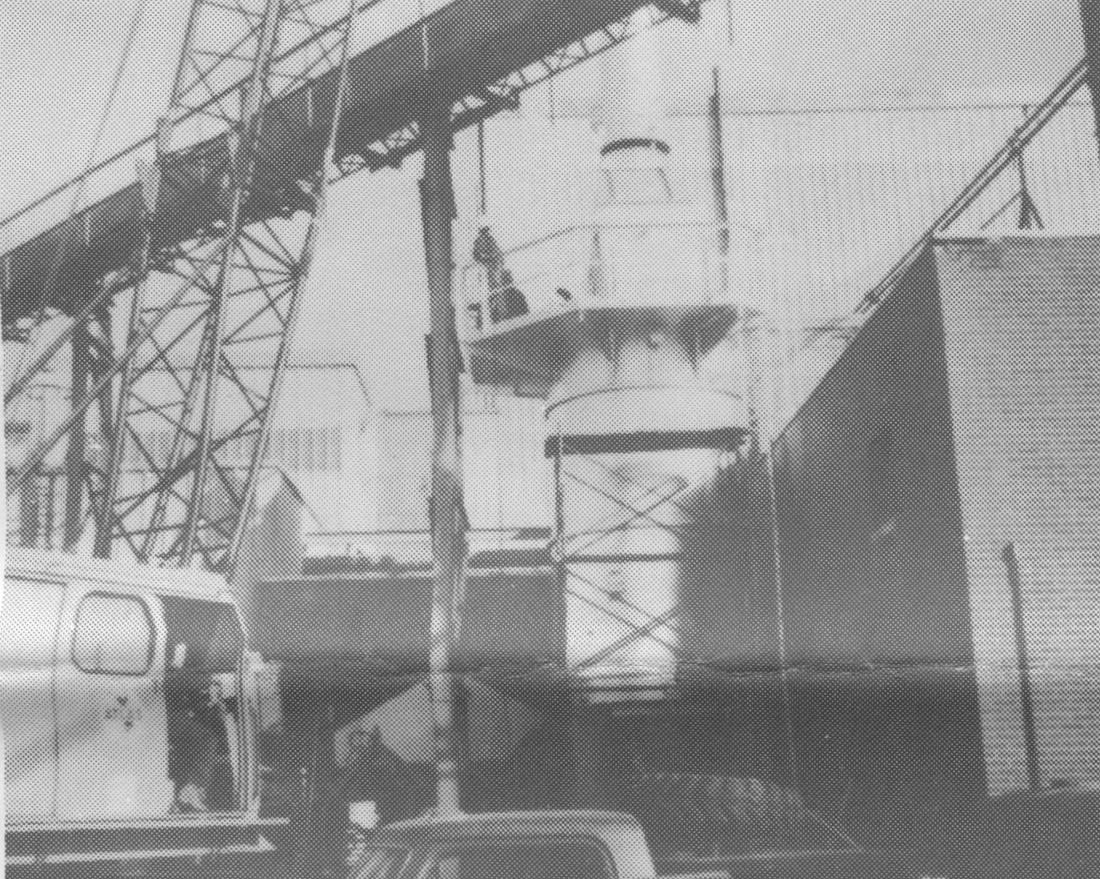 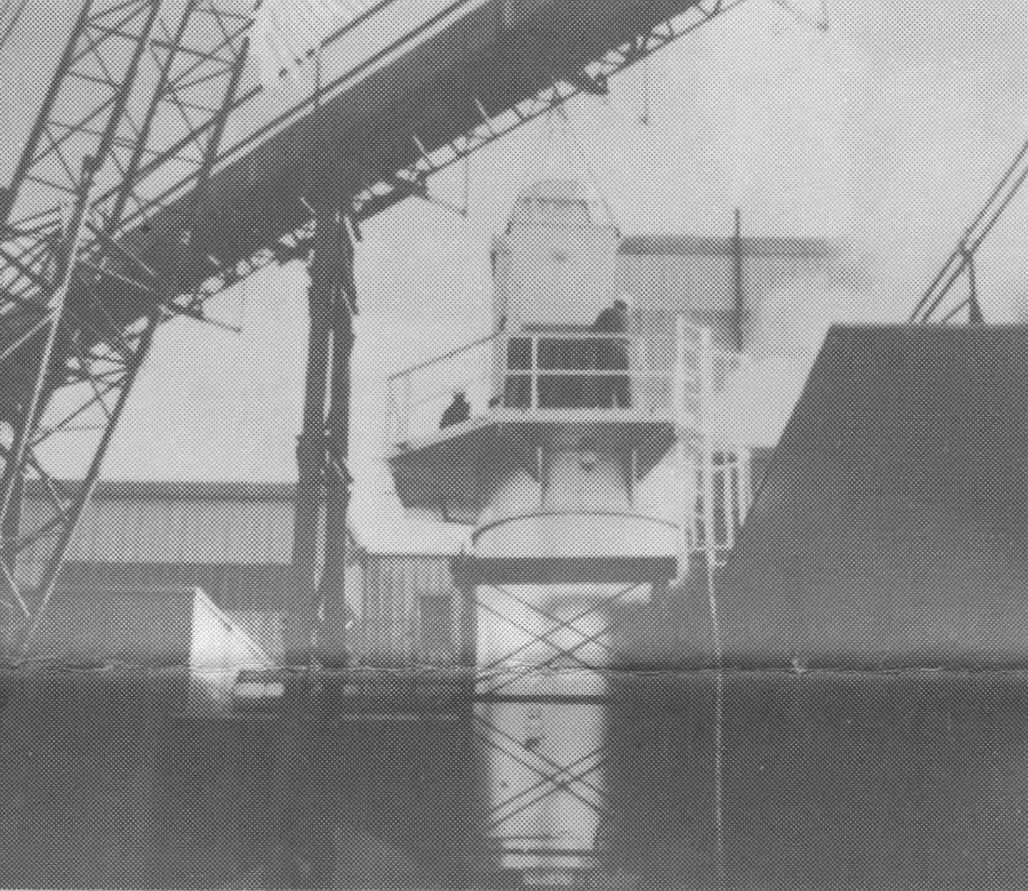 In early Fall 1987 work began on the installation of a superheater at the Lindbergh Works. Like the Brown Boveri turbo-generator, to which it supplies steam, the Superheater also came with a flair of associated history. The Superheater unit was originally designed for service as an H2S stripper at the Texaco refinery, in Edmonton, arriving from Tulsa, Oklahoma in 1968. Since that time it has undergone at least two modifications in service at Texaco before the refinery was shut down in 1986. Final modifications to internal tubing and repair of refractory were made in Edmonton by Gramarc Construction before transportation to the Lindbergh facility.

The modified superheater unit is able to handle saturated steam at the rate of 35,000 lb. per hour and includes automatic gas control to the burner for outlet temperature set point. We, at Lindbergh, have now acquired a valuable asset for future years of service.

(Thanks to Wayne Walker, Sr. Project Engineer, for the insight to our new Superheater.) 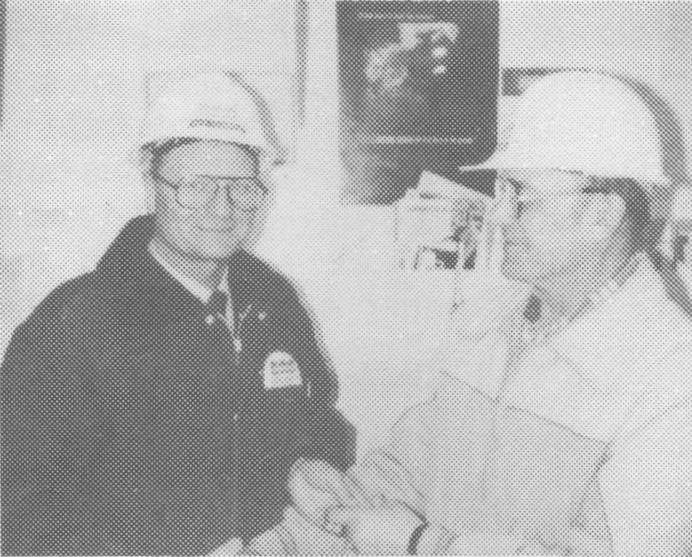 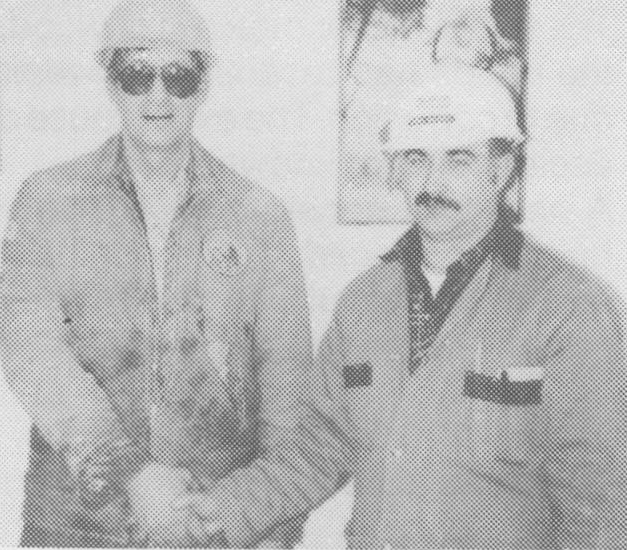 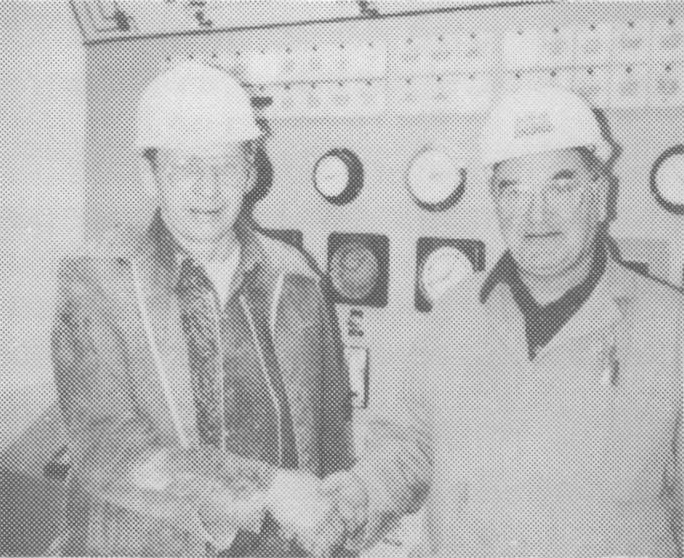 Fred McAleese retired October 1, 1987. Fred worked with the construction crew erecting the original plant buildings from 1947 to 1948. He then joined our Company as a Pan Room Operator and held that position for his 39+ years of service. Congratulations, Fred, on your retirement. We wish you the best of luck in your future endeavours.

Joe Moneta retired February 29, 1988. Joe joined Canadian Salt in 1968 and worked as a mechanic for about ten years and then transferred to position of Utility Helper for the next two years and since then has been a Pan Room Operator. Congratulations, Joe. We wish you all the very best in your retirement.

John Evtushevski has reached a milestone in his career by achieving twenty years of service on November 27, 1987. John was a Block Press Operator for the first four years and then transferred to the Pan Room as a Pan Operator. He enjoys his job as an operator and appreciates the improvement in equipment over the years. A couple of changes he noted was the addition of the Compactor and the new Superheater. John and his wife Nesta reside on their farm and have two daughters, Margaret and Jane. Congratulations, John on your achievements.

Congratulations to Jim Vinge on achieving twenty years service on January 25, 1988. Jim has worked throughout the plant in a variety of positions including Block Press Operator, Warehouseman, Labourer, and Fused Plant Operator. When the Fused Plant was shut down he transferred to Warehouseman. Jim has enjoyed the opportunity of moving to different positions as it has provided him with an appreciation of the entire operation. Jim and his wife Rosemary reside at the Company townsite where they have raised their family - Jim, Carla, and Chrissy. In their leisure time Jim and Rosemary enjoy camping.