One way or another, we have a number of recent additions to the Salt Family. Two are Salters by birth â Valerie Rae, new daughter of Mr. and Mrs. W. Sullivan and Darryl Edward, who has joined the family of Mr. and Mrs. E. Gesser. Congratulations all round.

And then, the other way of joining the Salt Family is by choice: Ed Koppang is a new member of the loading department. Welcome, Ed. And some familiar faces ( formerly seen at Christmas parties and other social events), are now appearing in the packaging department. Linda Krissa, Lorraine Seal, Virginia Pankiw and Don Wyness. Nice to have you around, gang, even if it's only part-time.

The parking lot seems very full these days, with a number of new vehicles in evidence â among them, the Meger, Keck, Smerchinski, Hammond, Holliday, Fakeley, Sullivan, Bartee, Zaraska and Lorenson acquisitions.

Winners in the 1964 Windsor Club Local Cribbage Tournament were:

The Windsor Club Regional Cribbage Tournament was a great success, with 159 players in 15 groups playing about3100 games. Grand winner was Mrs. J. Ockerman of Ferguson Flats.

On February 18th we celebrated our nine years without a lost-time accident with a ceremonial prize-giving. The prizes will help to remind us all of our next goal, as we work into the tenth year.

Winners of the various Windsor Club Curling events are shown in the pictures in this section.

Winners of events not shown in pictures are as follows:
WINDSOR CLUB MEMBERS MIXED BONSPIEL 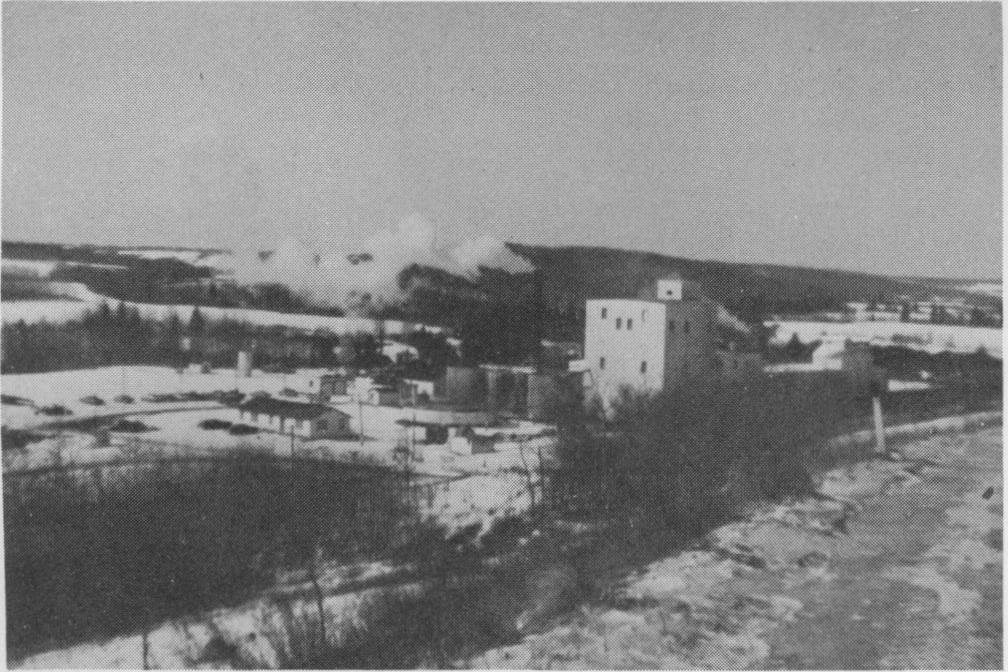 A wintry view of Lindbergh Works. 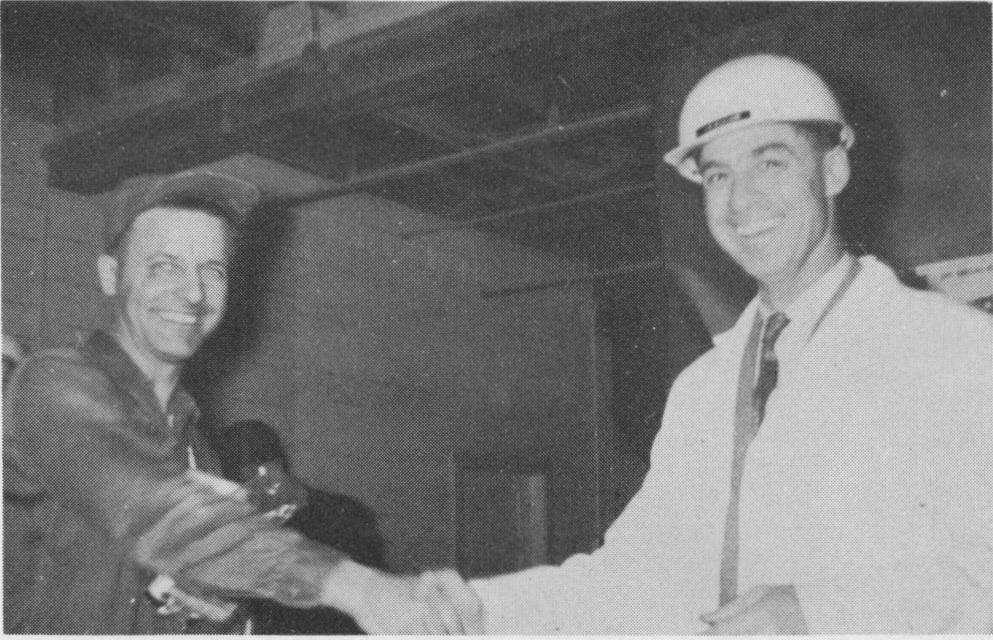 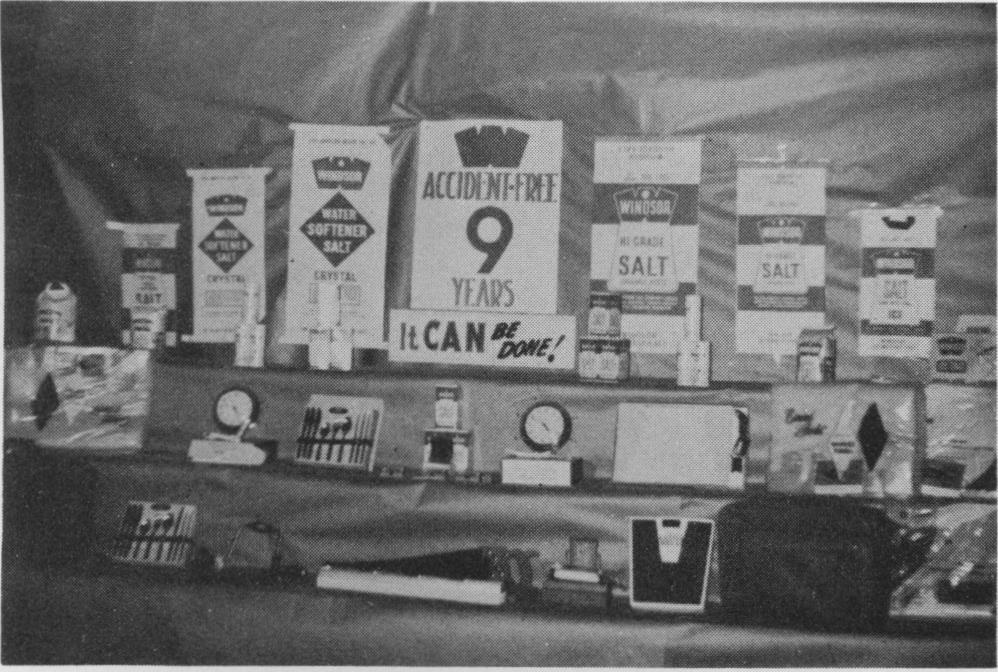 The array of safety prizes 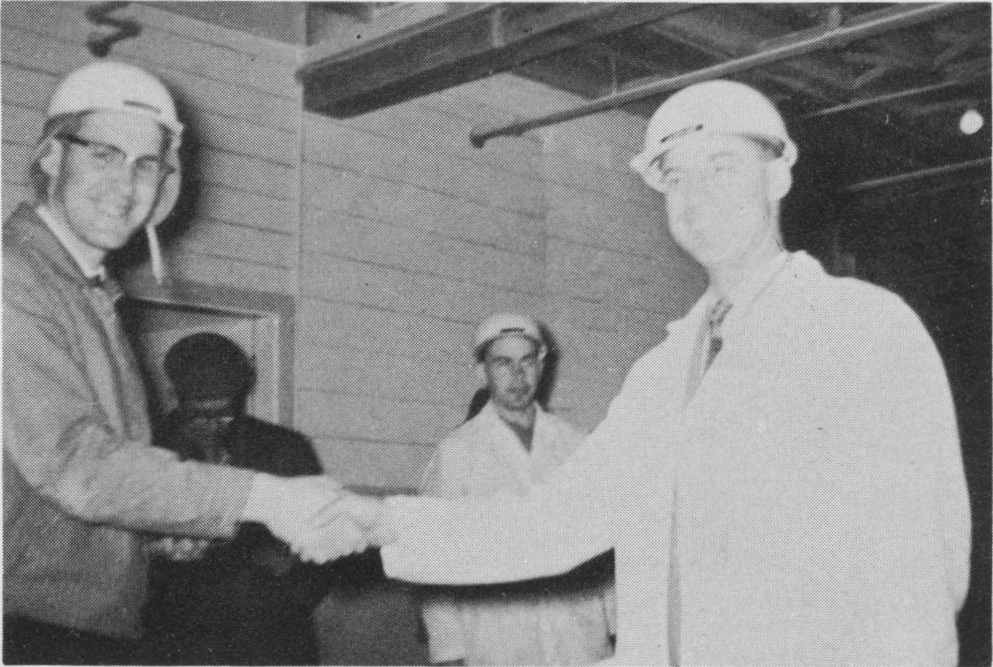 T. McLennan and A. Holoboff in the background. 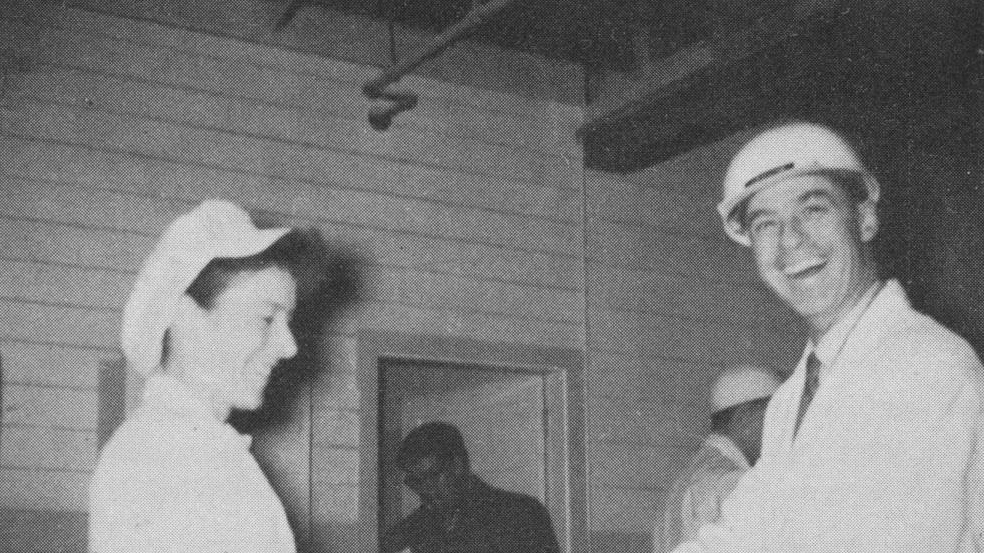 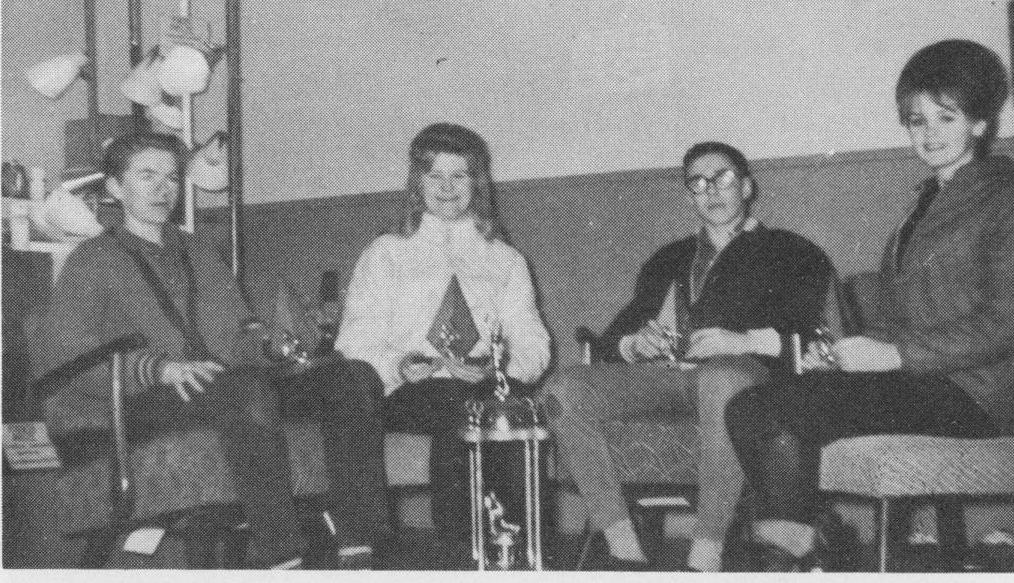 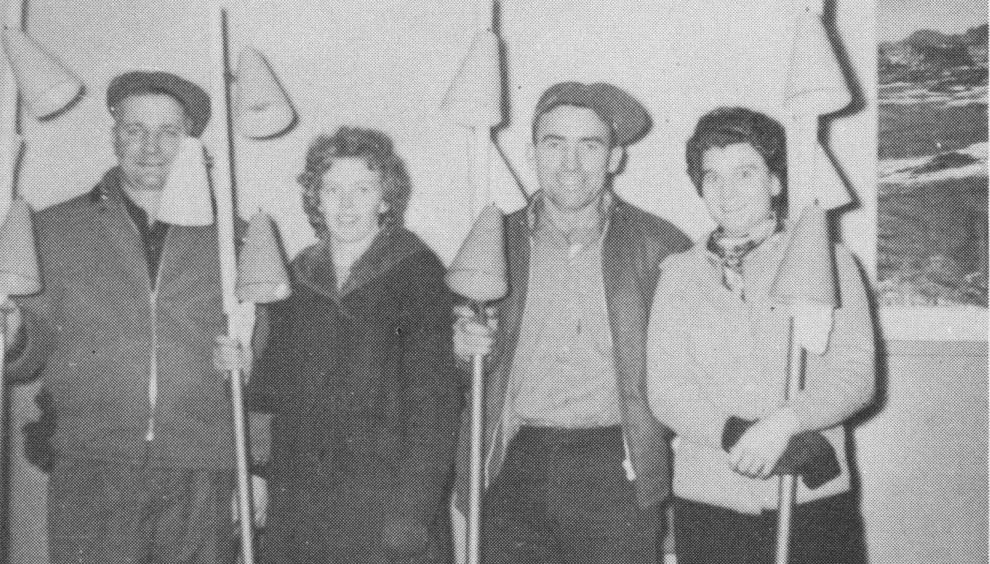 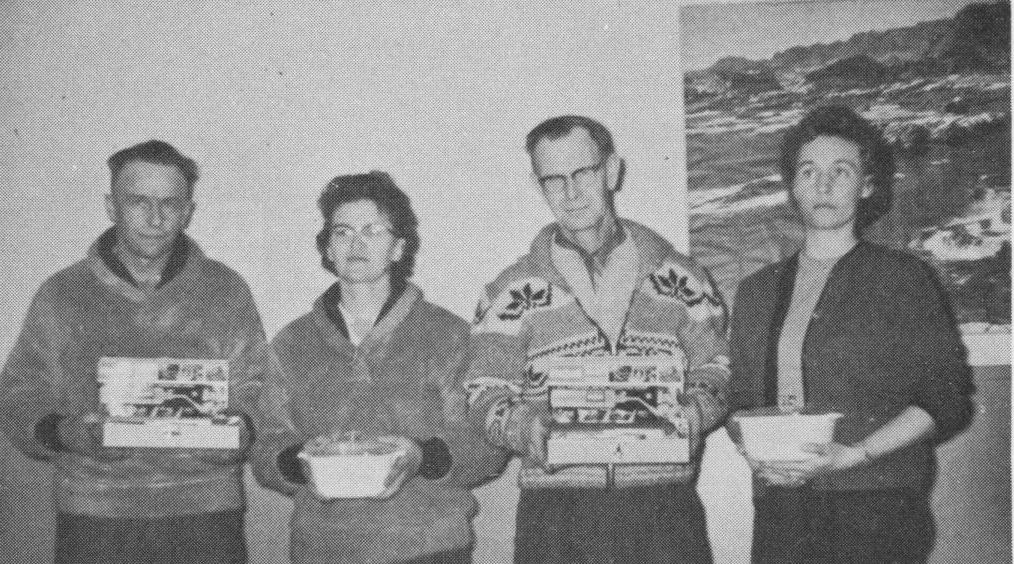 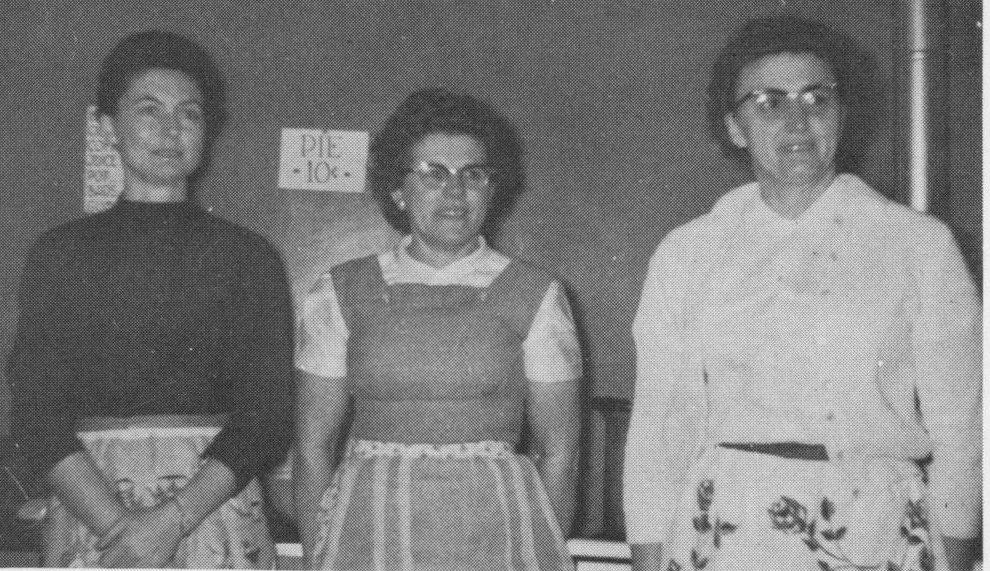 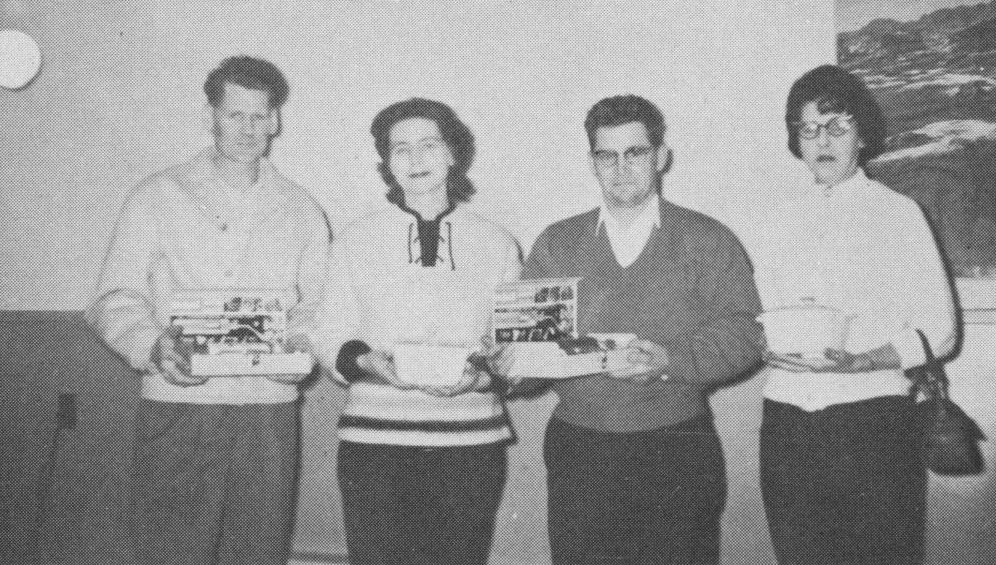 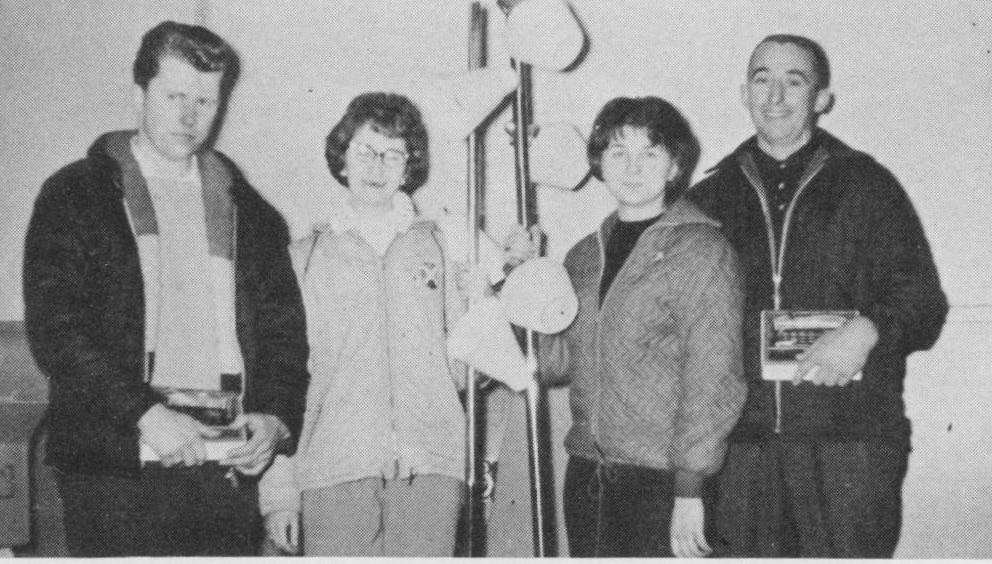 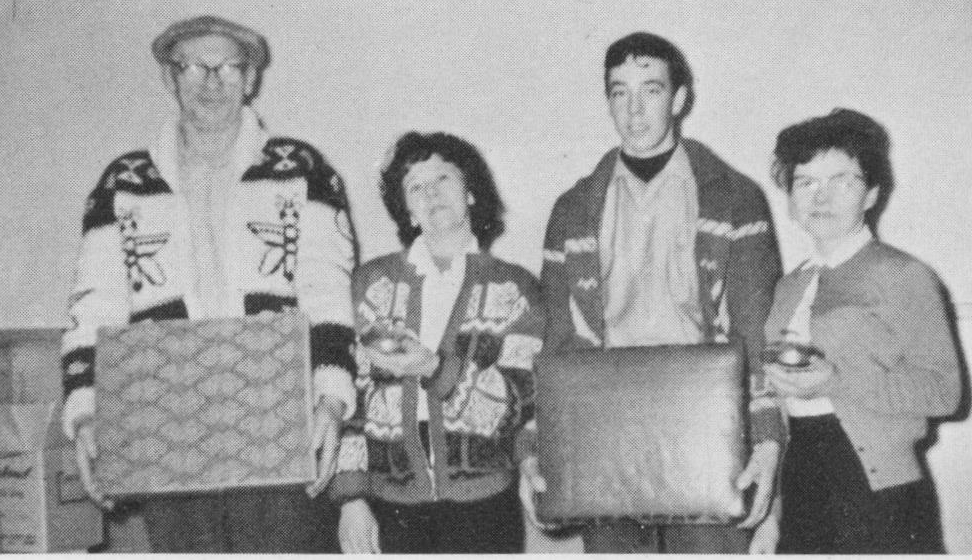 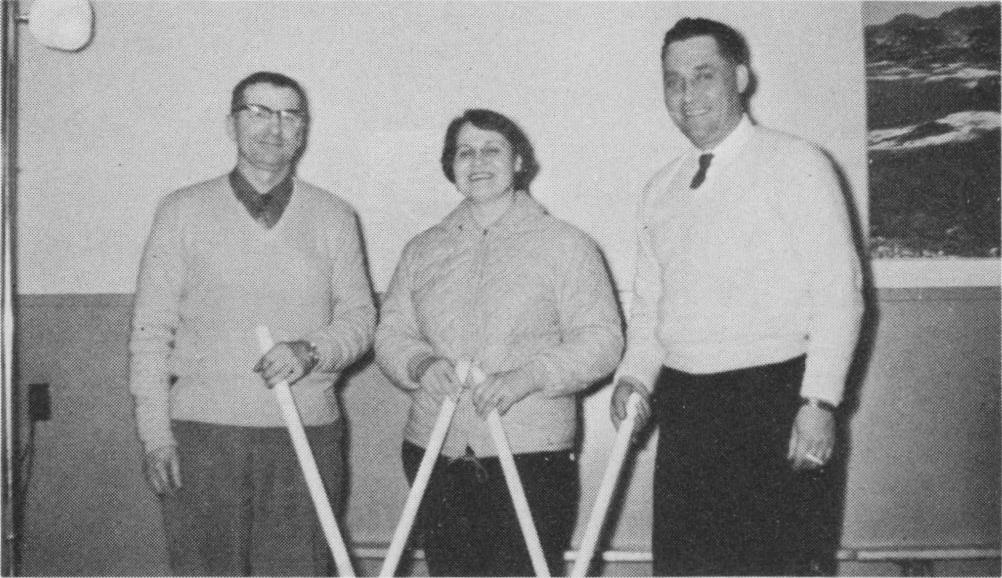 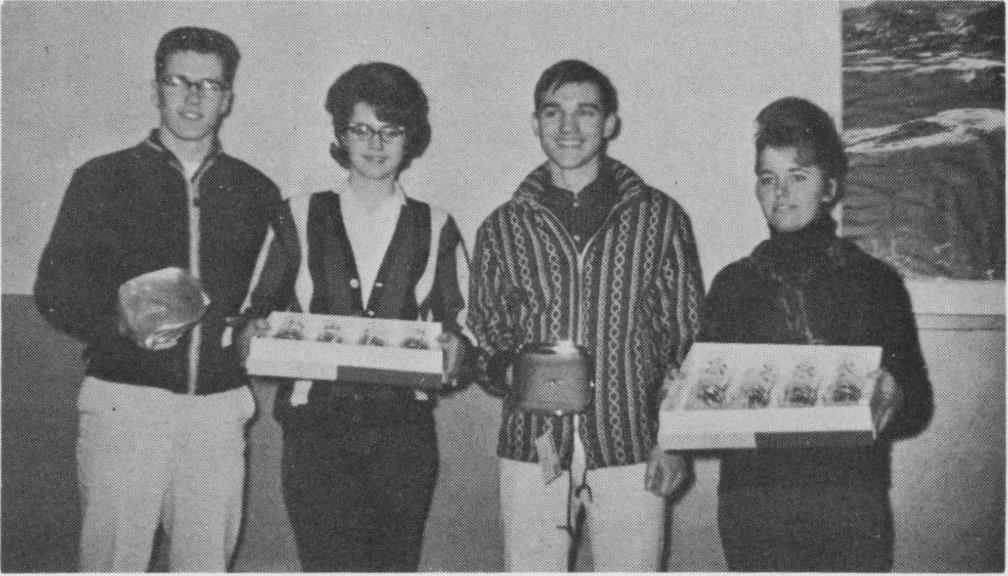 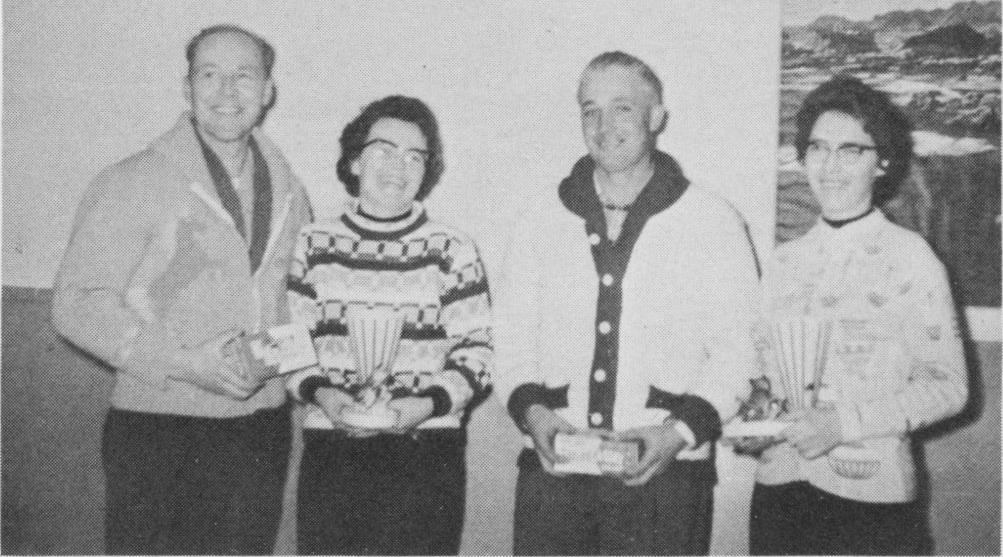 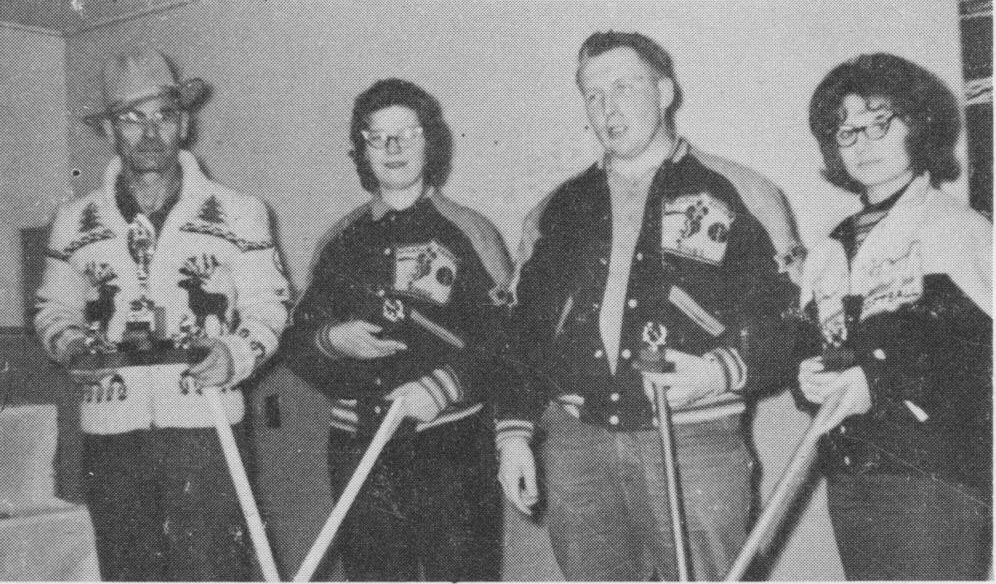 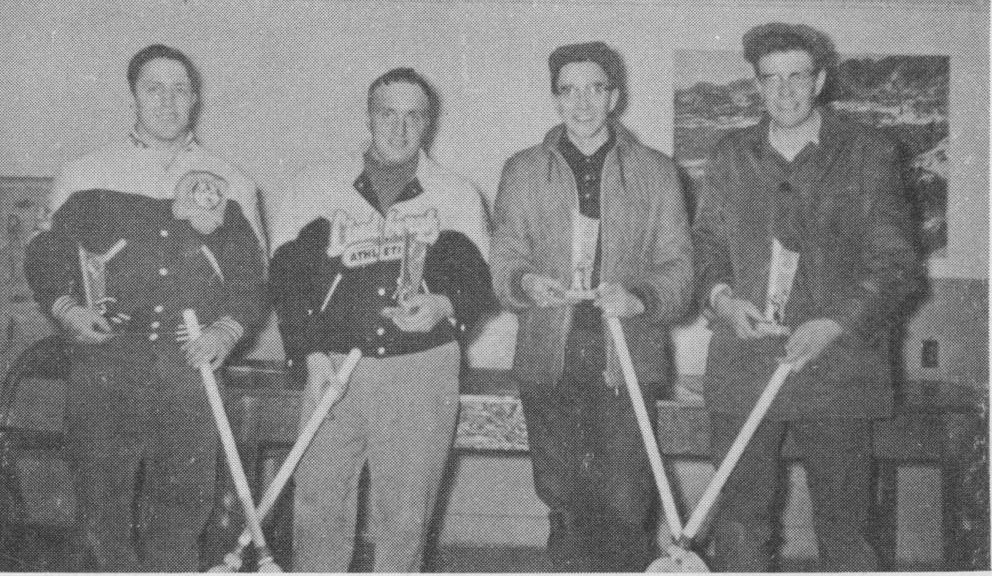 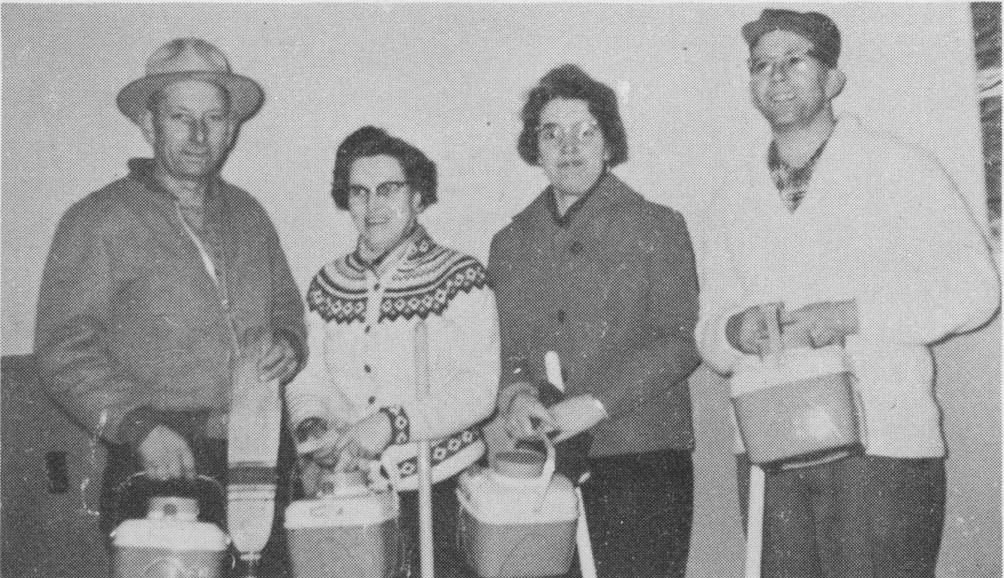 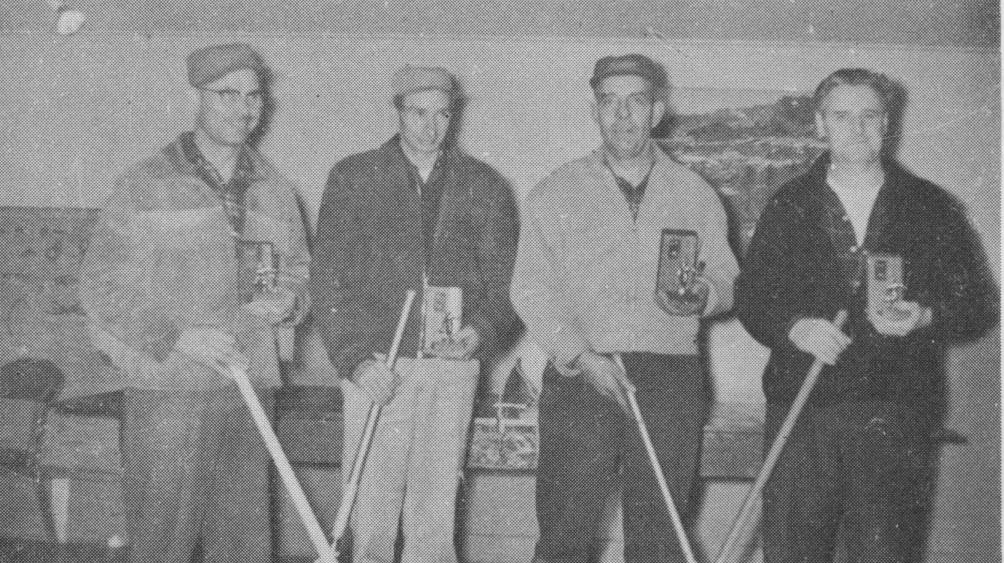 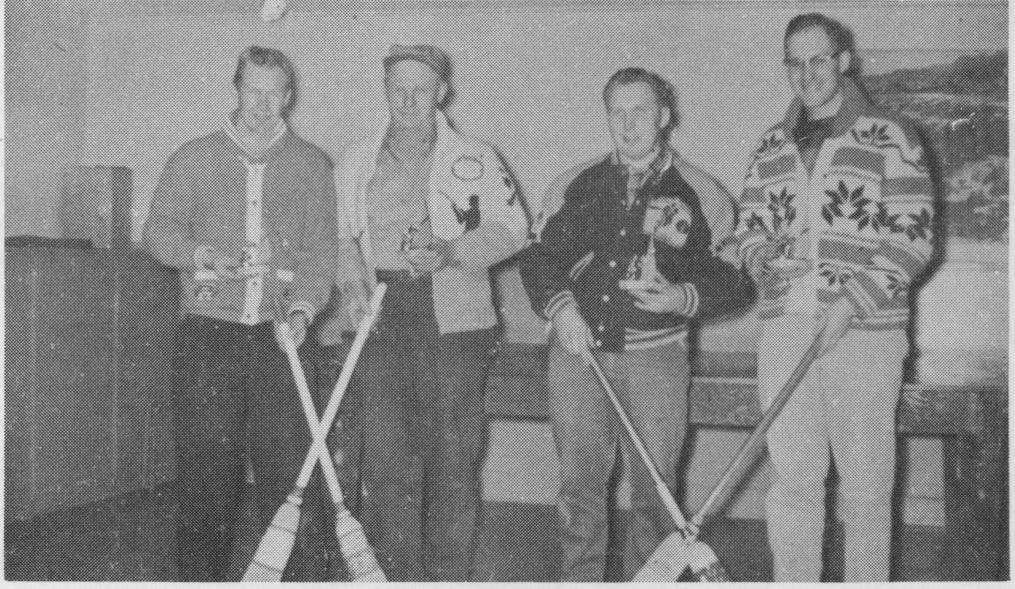 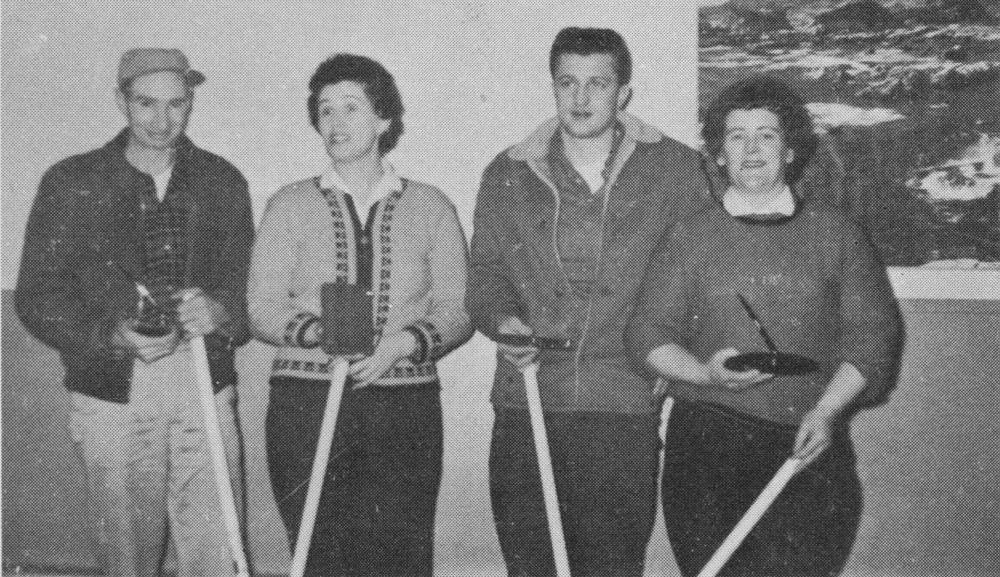 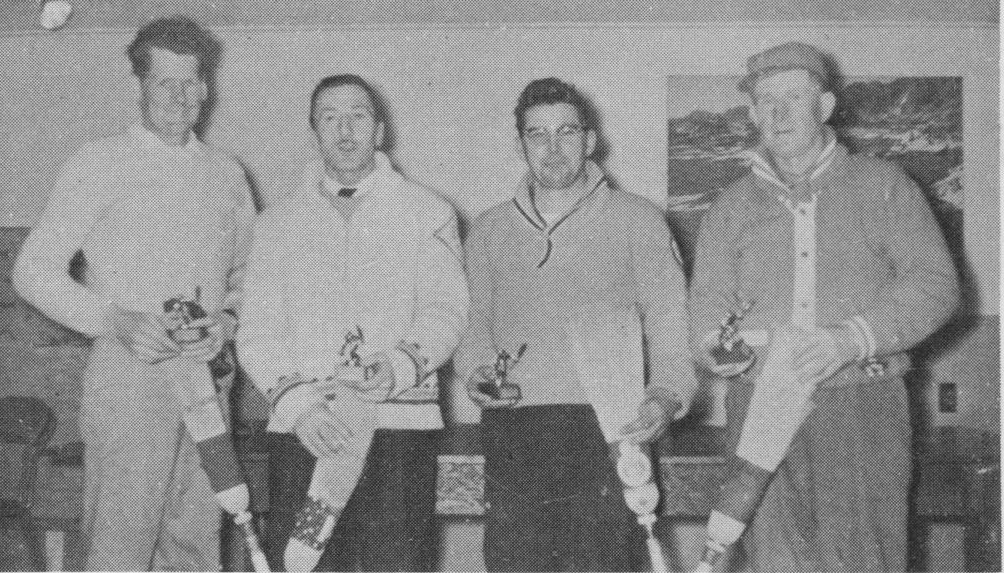