by Sophie Piech and Joan Palamarek

The new Lindbergh correspondents, Sophie and Joan say hello to Licks readers. We hope you will enjoy reading our articles as much as we are going to enjoy writing them.

The office staff lost their juvenile delinquents when Margie Fedechko and Sophie Piech both reached their 21st birthdays in February. Even so, Sophie had to sit with a bucket beside her desk for a few hours one day . . . but that was because the roof was leaking.

One of our shift engineers, Erling Swanson, has left us after four years to join Imperial Oil at Devon, Alberta. The townsite ladies had a farewell tea for his wife, Joyce, at the home of Rhoda Lorenson. Dwayne Moneta has also left us to attend Alberta College in Edmonton. Good luck to you both. Also to Don Rae who replaces Erling.

A hearty welcome to Ron Lorenson who has joined us as janitor, replacing Morris Irving, who joined the fuse plant bagging crew.

We were sent a machine not too long ago that was designed to put bottoms on dial shaker cans. It had to be "stomped" every time a bottom was placed. We were considering hiring Stompin Tom Connors, but after a few days in the shop, we have a dandy little machine that pats those bottoms on nice and easyâno Stompin needed!!! A big bouquet to our shop crew for that one. They have also just finished a very neat job of putting up three new bins from the iodizing room. They had one small setback when (quote) "that little blonde from the office" (unquote) walked past. Neil tried to look up and smile a hello but he hit his head on the bin and the chance was gone.

Our plant women are proving themselves ,to be up on their curling toes. Georgina Morris's rink took first in Elk Point's women's open bonspiel and Sheila Lorenson's rink took second. Keep it up, girls.

The annual crib tournament is now being played here and in the surrounding area. We should have the results of the playoffs in the next issue.

Vera and Alf Fakeley returned Monday from a weekend trip to Saskatoon to the winter sports. Alf says if his ticket on the $60,000 happens to win it will be goodbye working here or anywhere else. We know better though. He wouldn't be happy withour a pencil behind his ear and a saw in his hand. 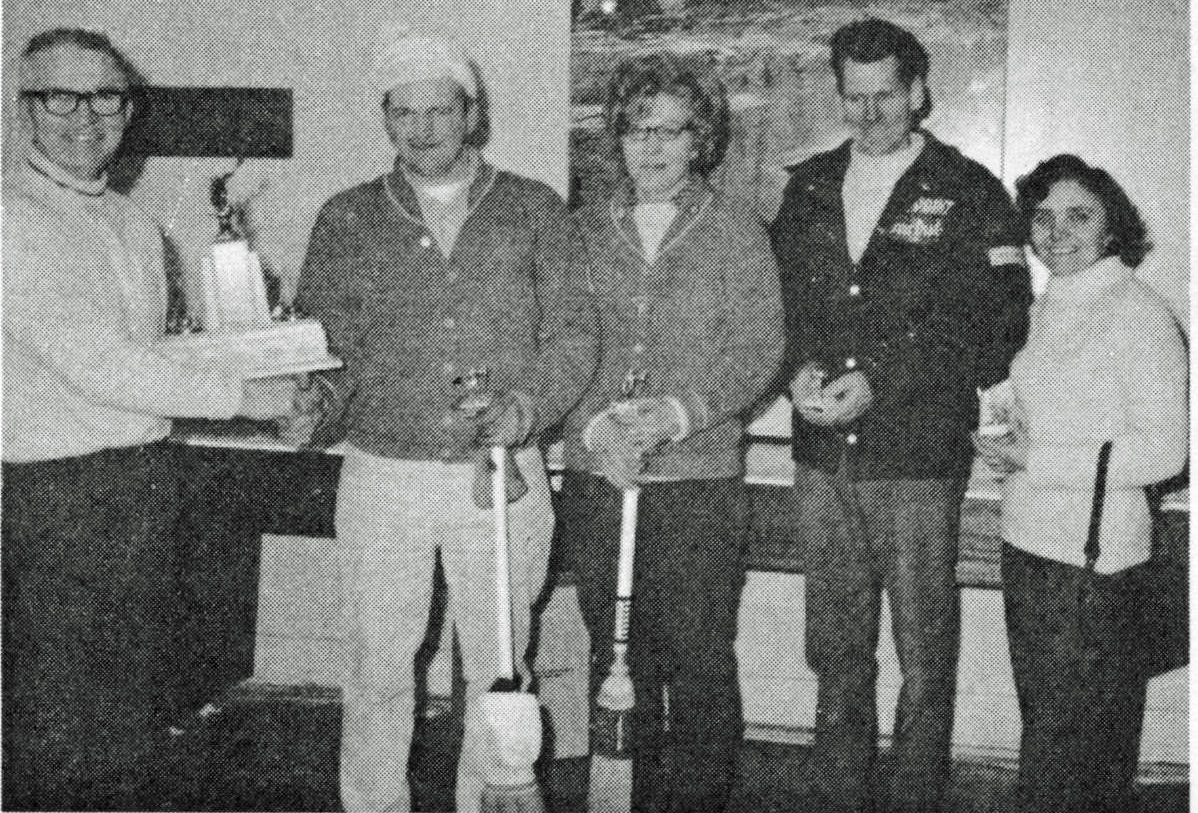