The third annual Windsor Club Cribbage Tournament was completed with 159 players in 11 groups playing about 3,000 games. Winners in the units were as follows:

In the play-offs between these eleven, Neil Nelson won the Grand Prize, the Chemical Workers Cribbage Trophy for 1963.

The presentation of prizes for 8 years without a lost-time accident was held February 5th. Mr. J. D. Mair made the presentations, and present to offer best wishes for a continuing safety record was M. F. O'Day.

A women's bonspiel was held March 16. Winners were as follows:

We are happy to see Al Fakeley is back to work after being on sick leave.

Bill Sullivan and Larry Lorenson are driving around in different vehicles lately and seem quite happy with their choice. We finally found out what color Reg. Hooper's new car was, after he removed a few layers of mud. Roy Kendall is sporting a new Vanguard Triumph.

The 1963 Windsor Curling Club Round Robin was completed with the following rinks coming out on top.

A total of 19 rinks took part in the competition for the season. 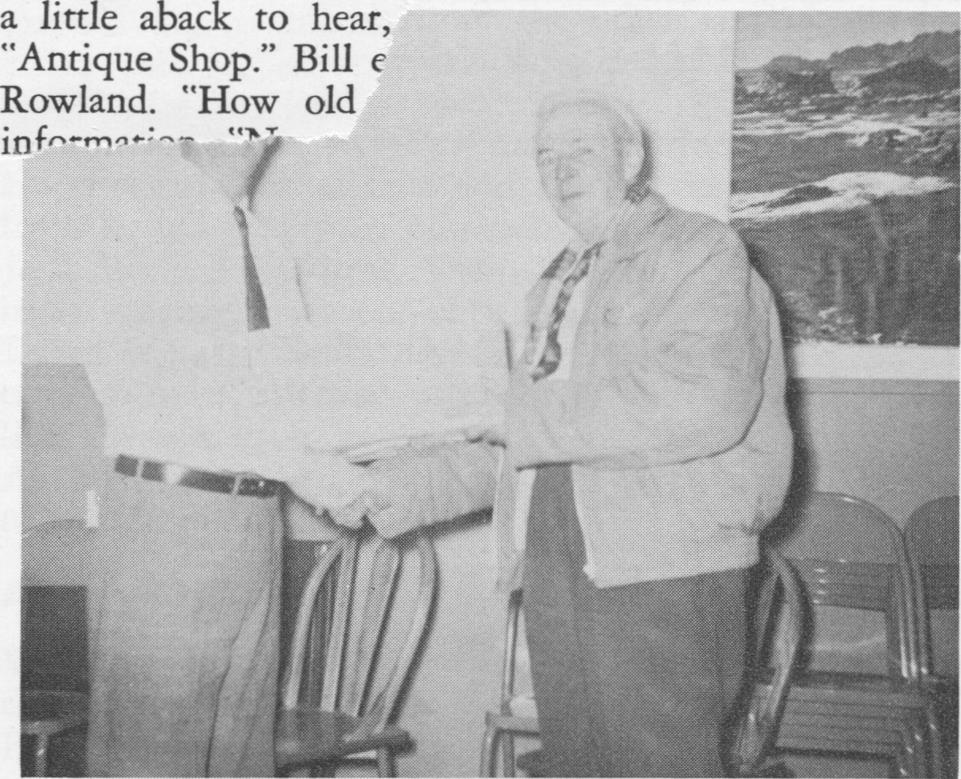 Alex Wyness presents Ralph Storey with a gift on his retirement. 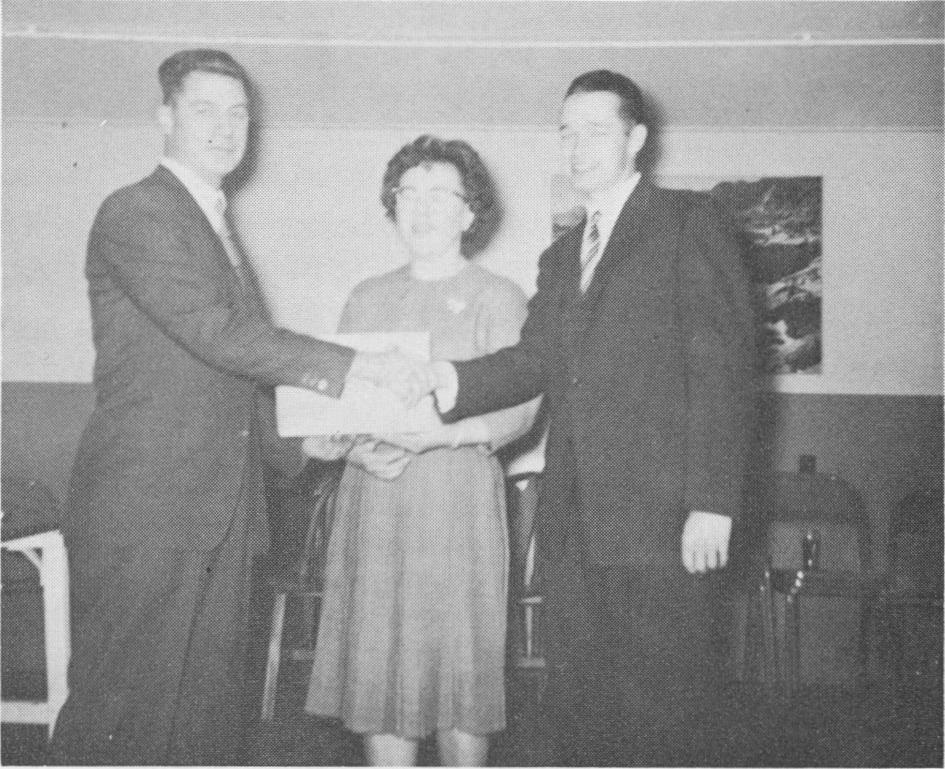 from the district women. 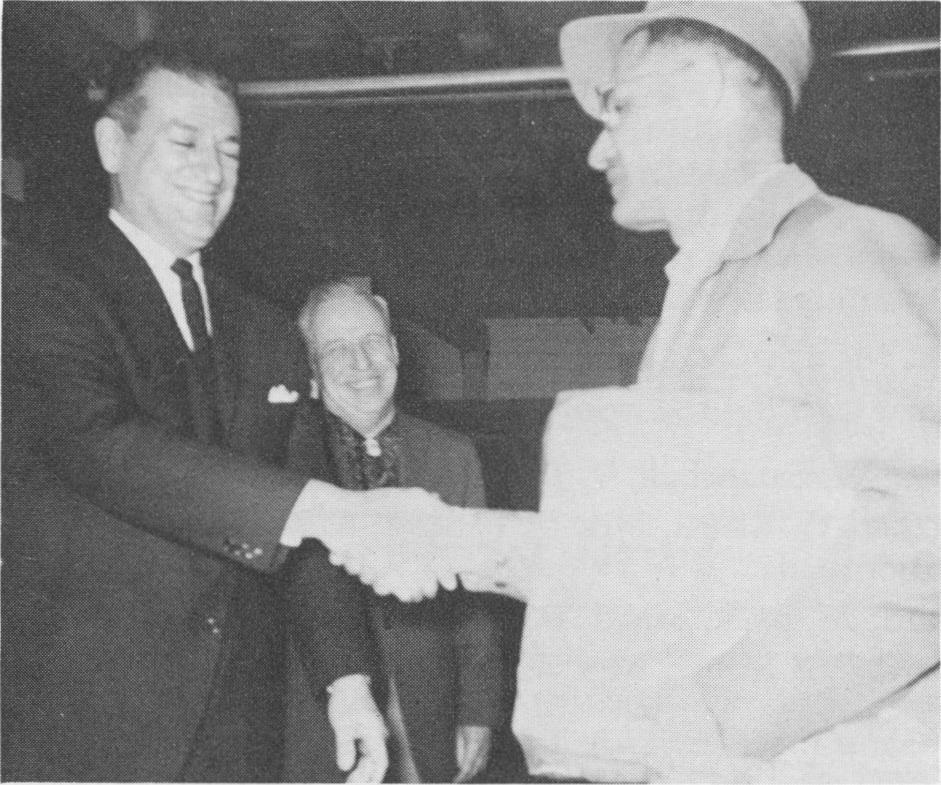 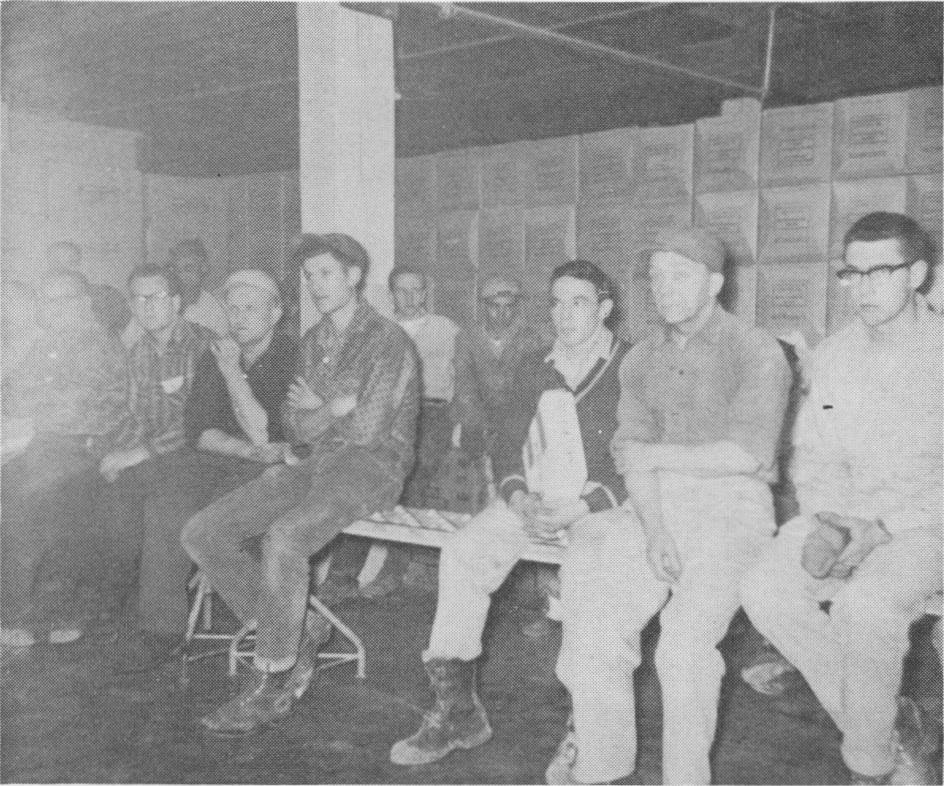 Part of the gathering awaiting the distribution of safety prizes. 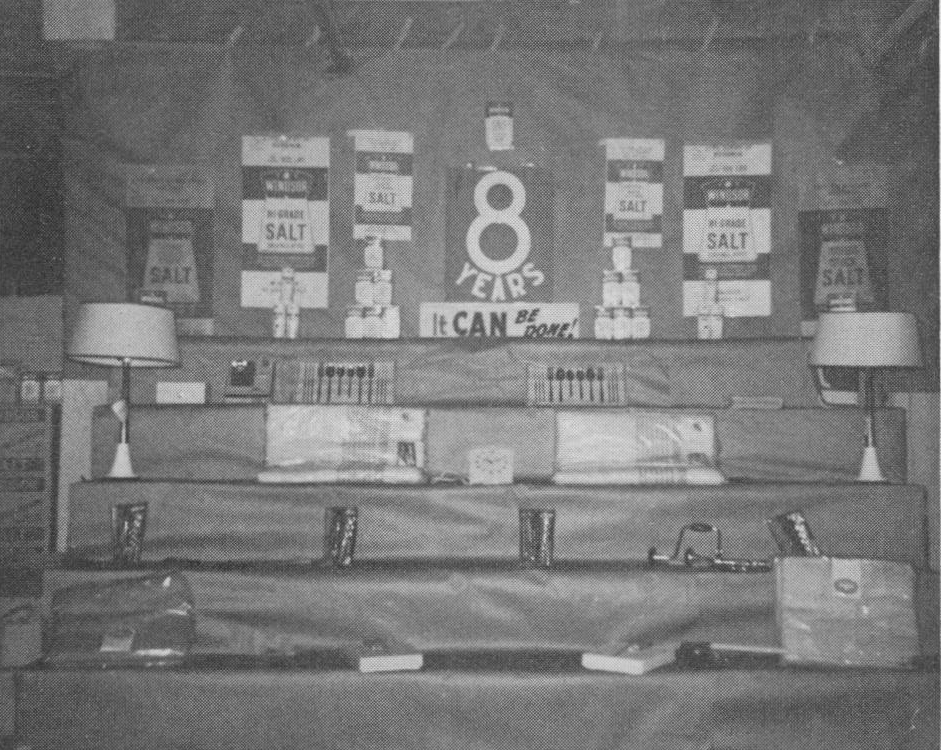 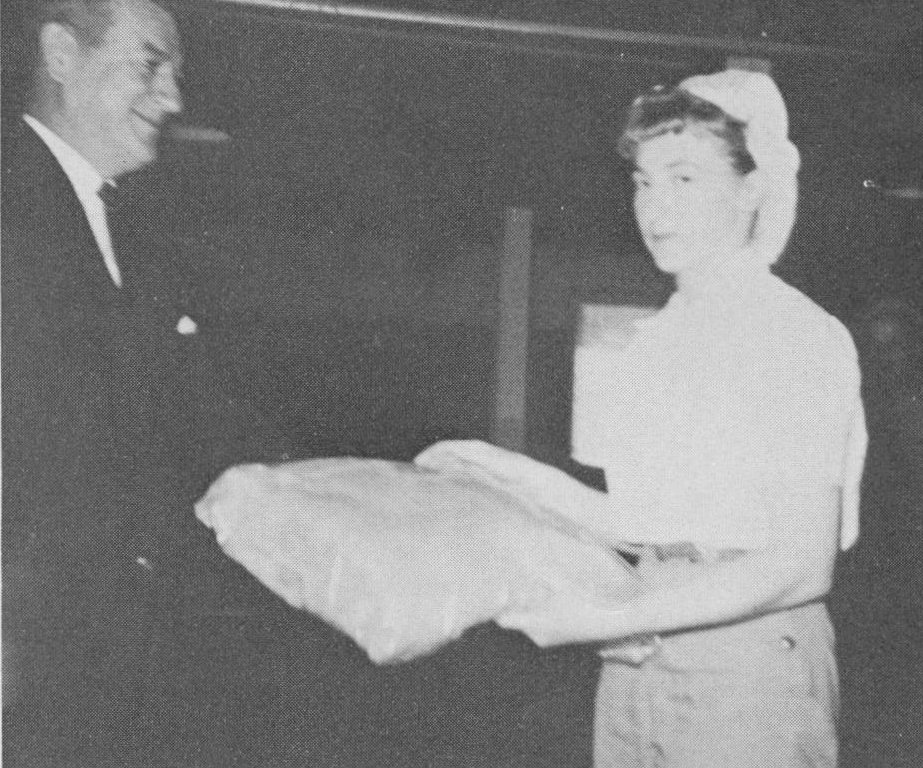 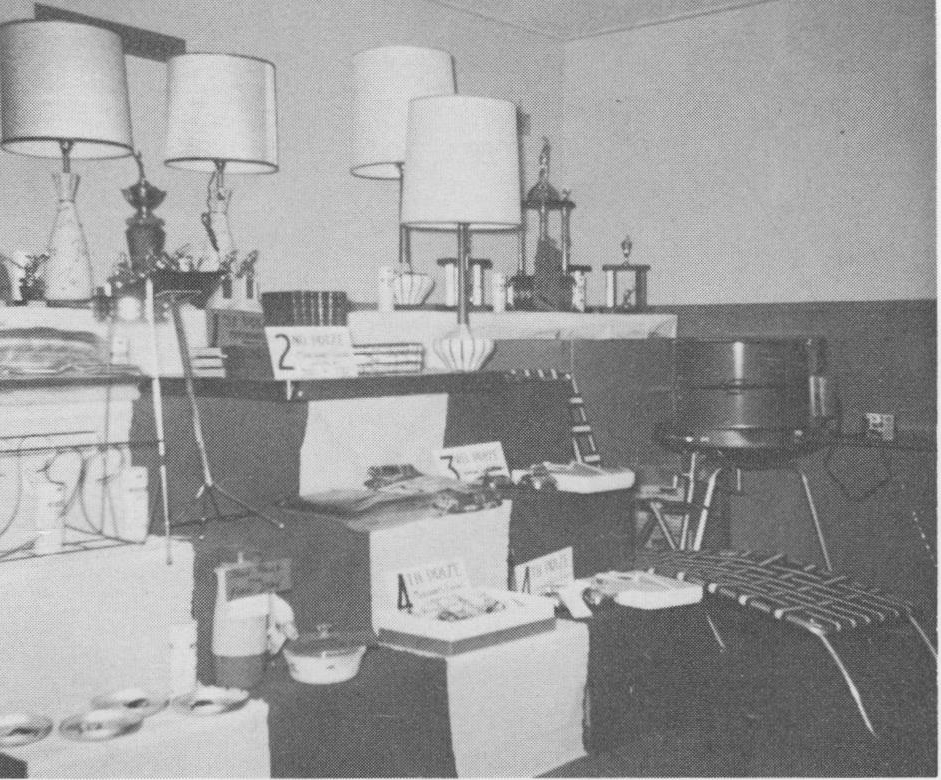 A lineup of Bonspiel prizes. 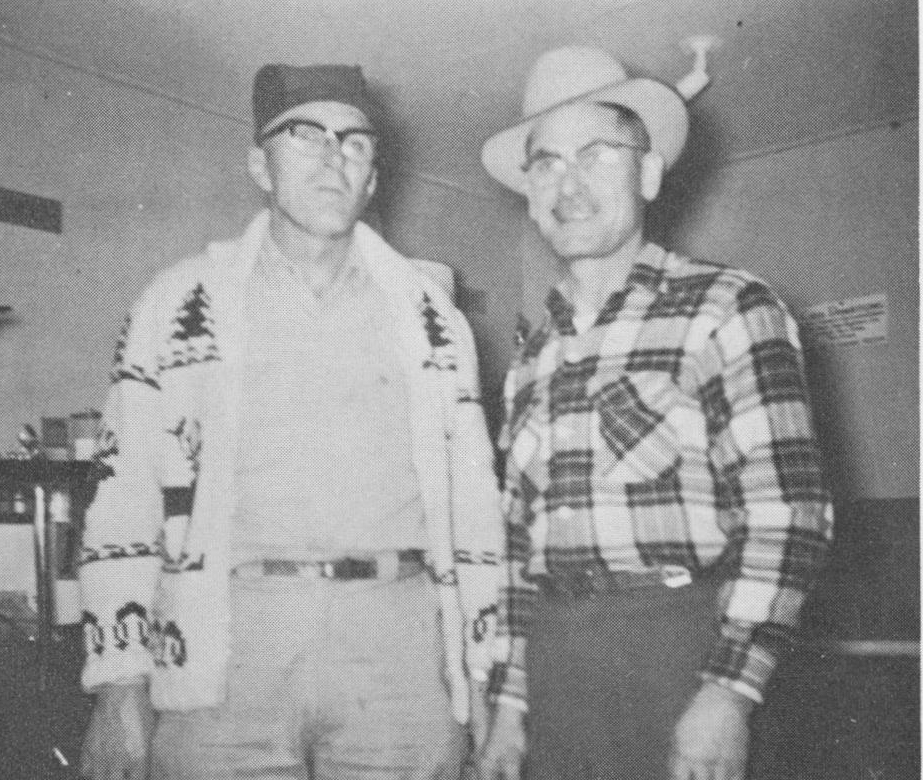 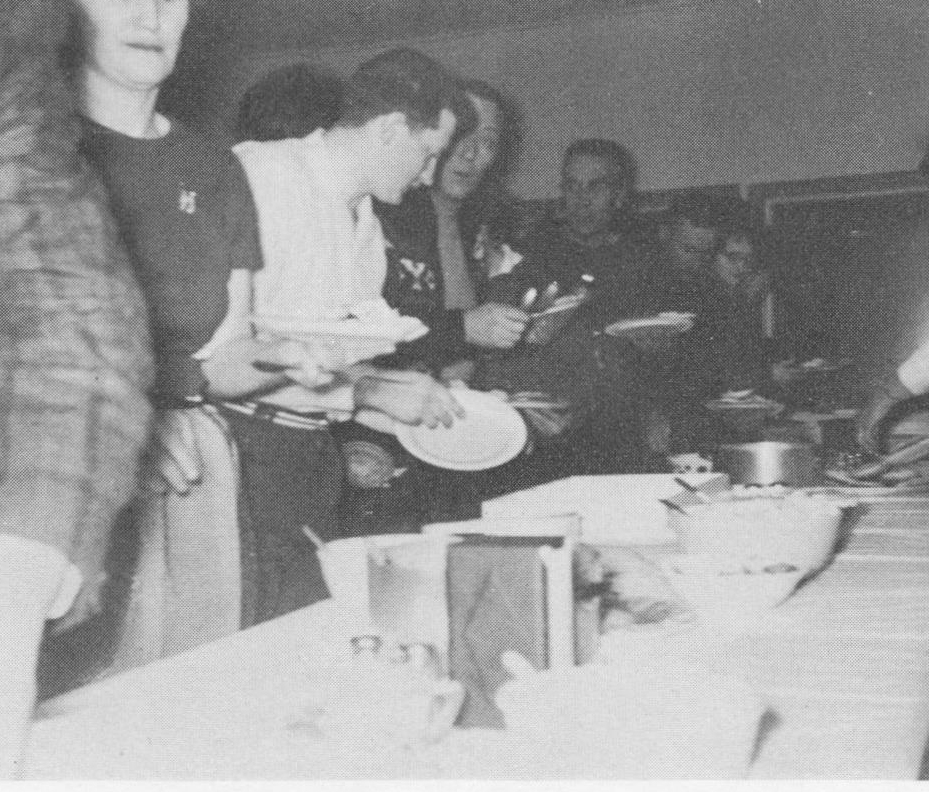 Lining up for the Bonspiel banquet. 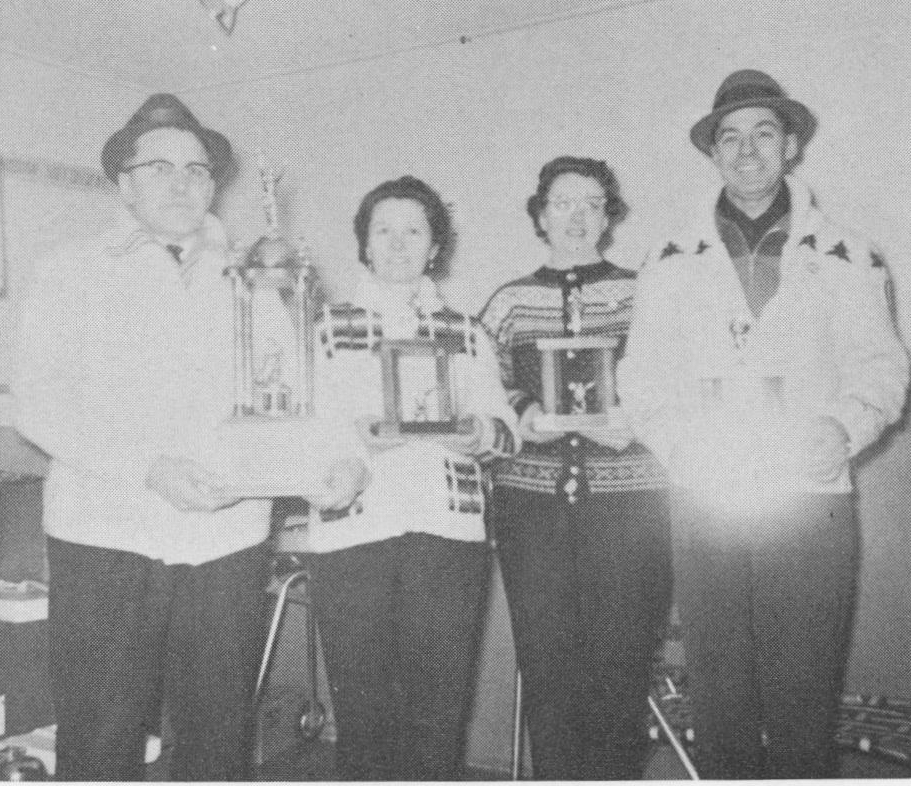 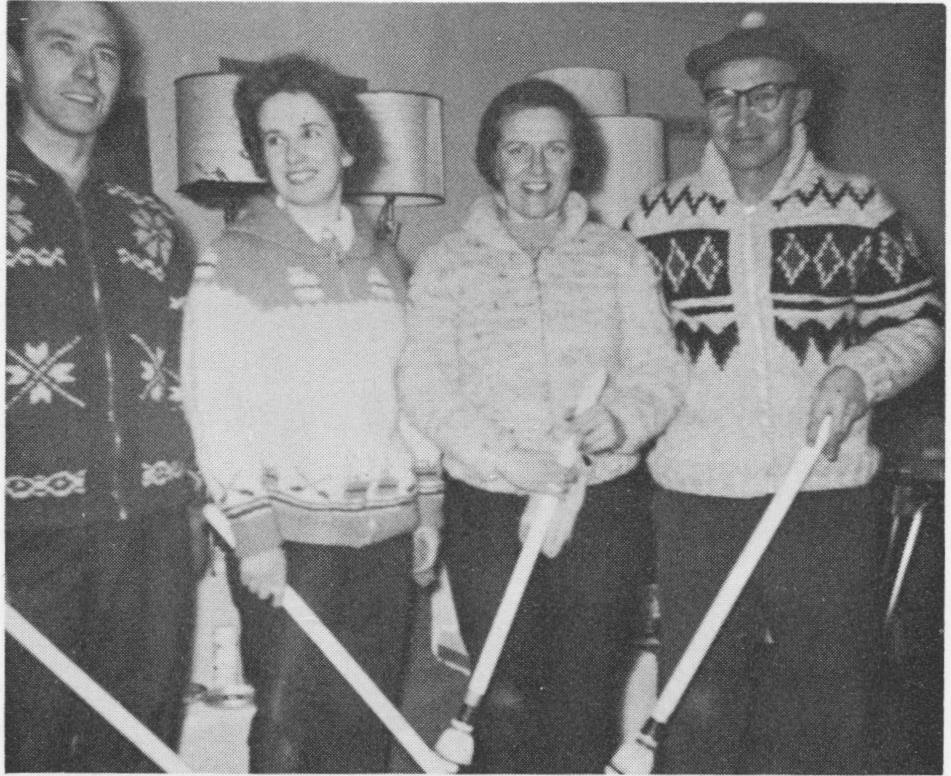 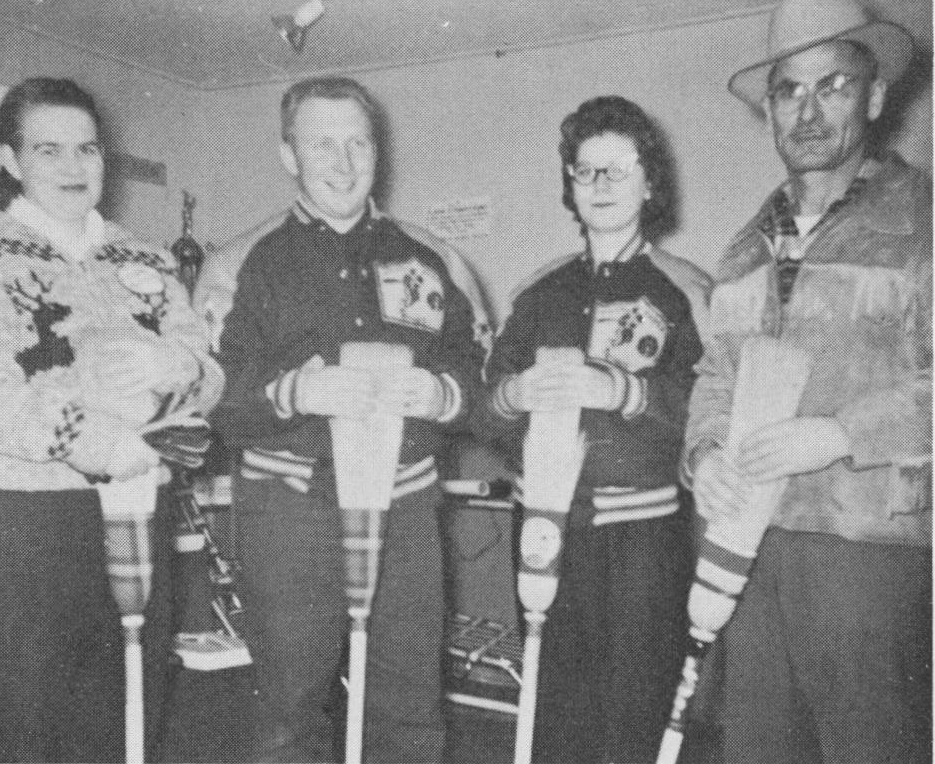 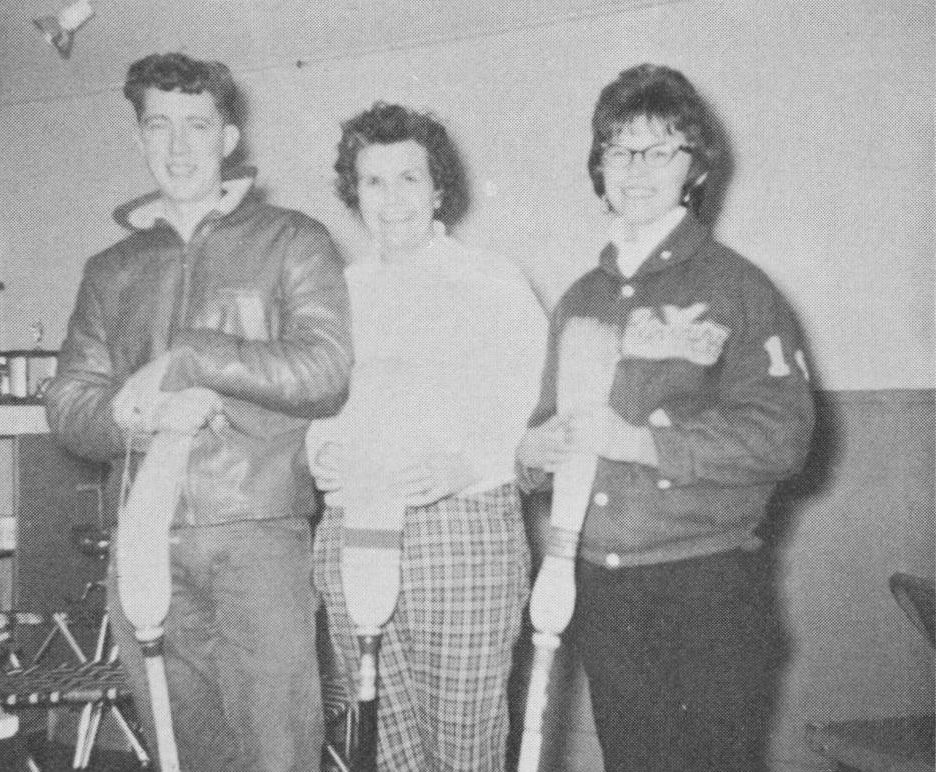 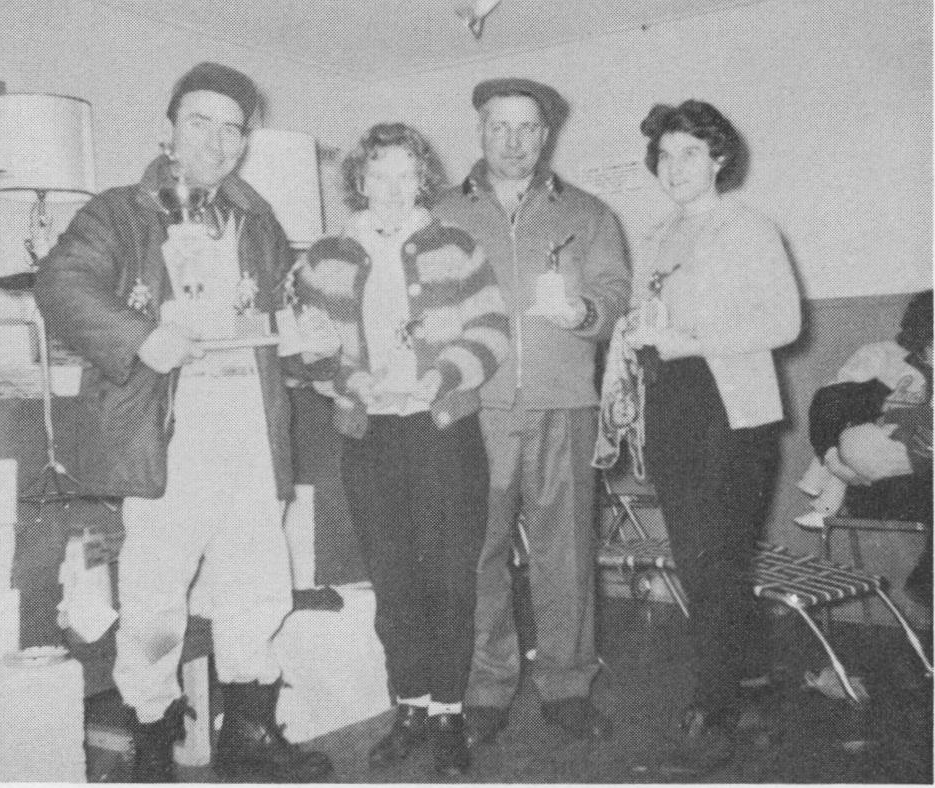 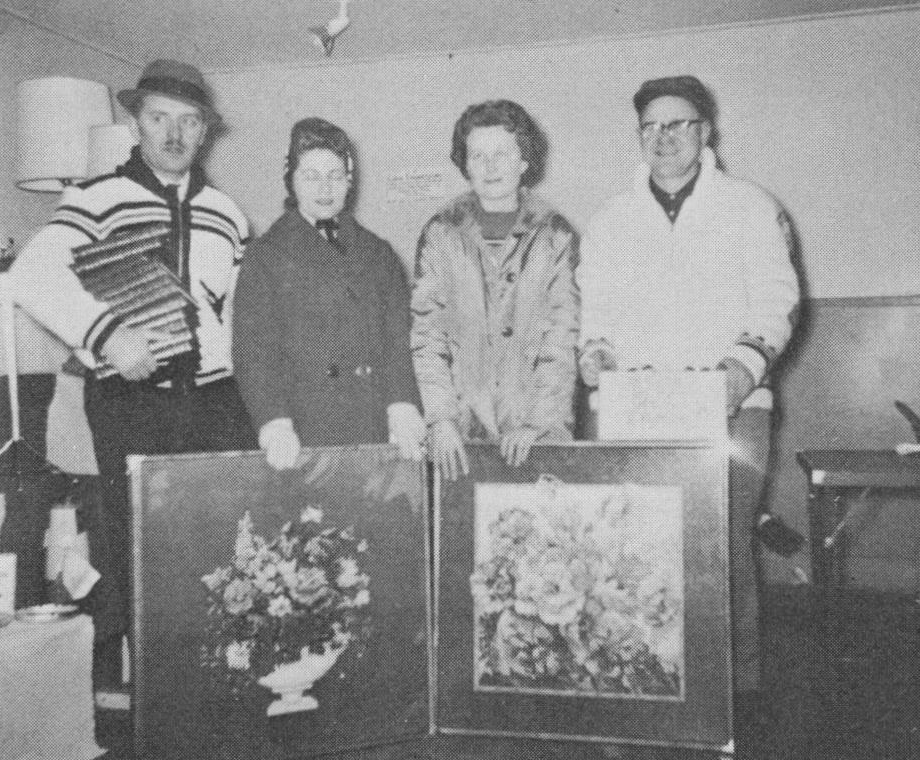 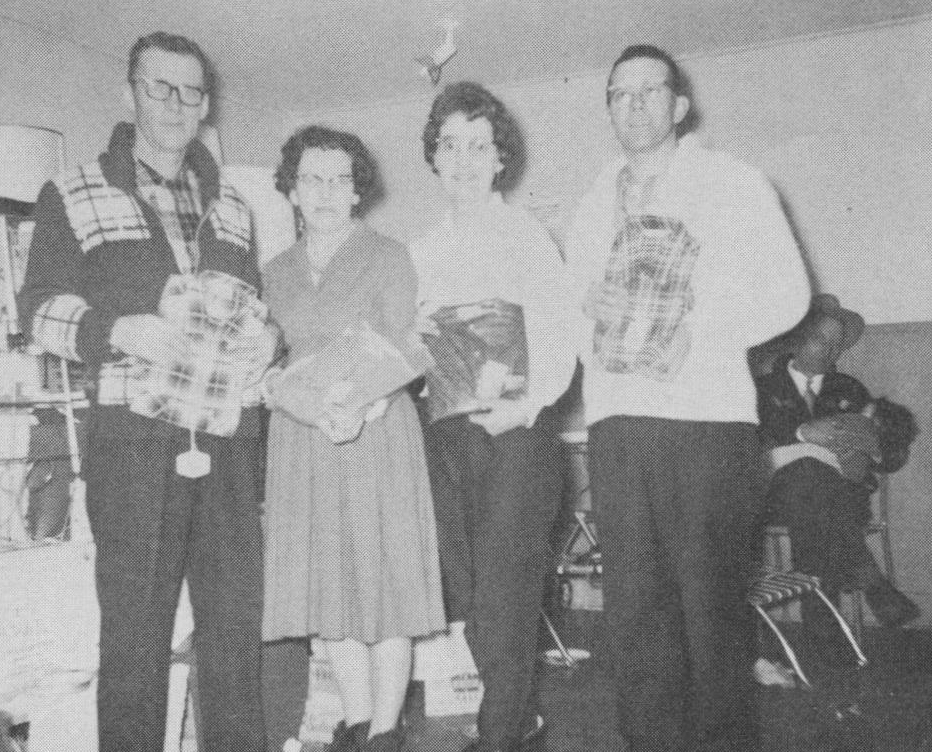 Editor's apologies: Please forgive us. Our Lindbergh correspondent was very conscientious about sending us all the names of all the members of the winning teams. He also sent us good pictures of most of the teams. But, he didn't say which was whom. So â the names are there, in no special order, and we hope you will have fun fitting the names to the pictures 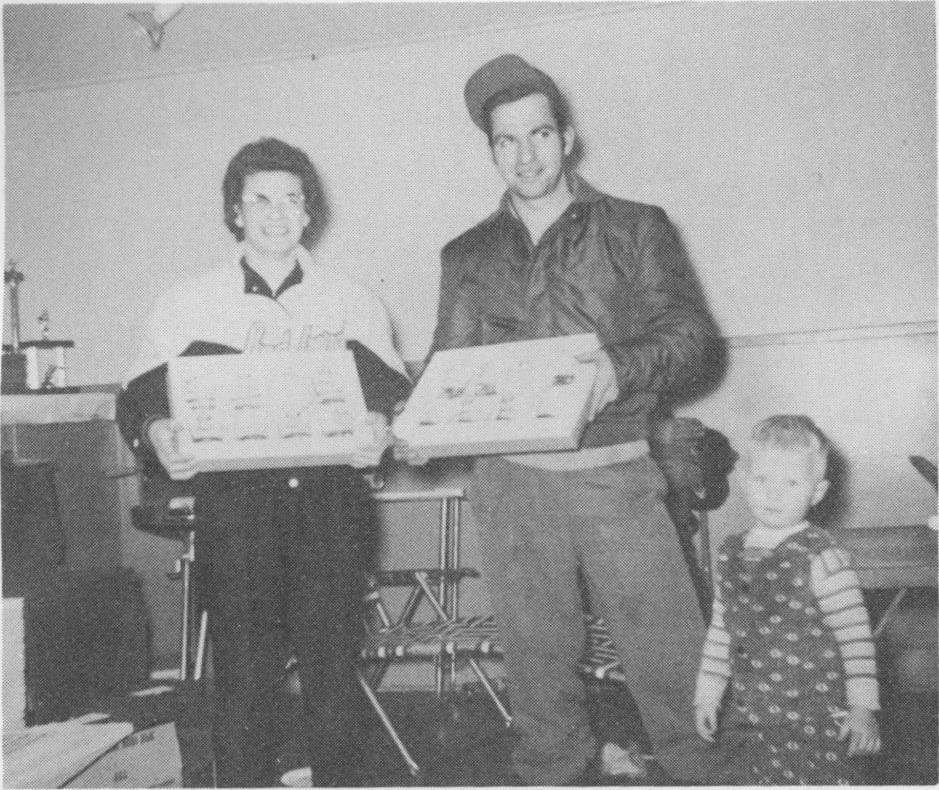 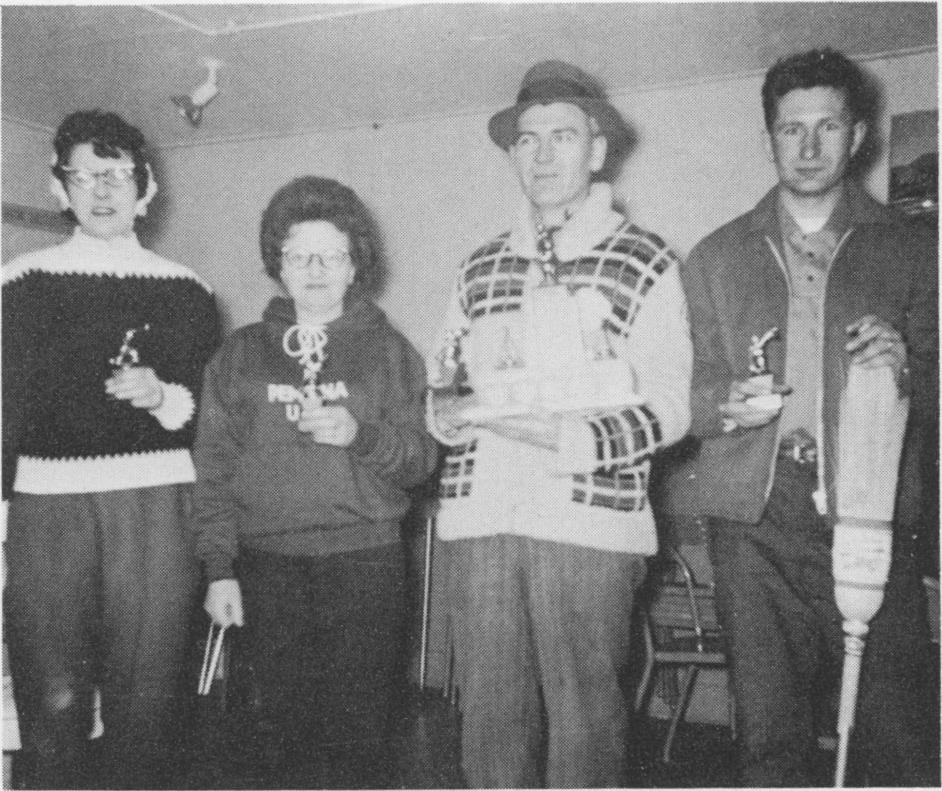 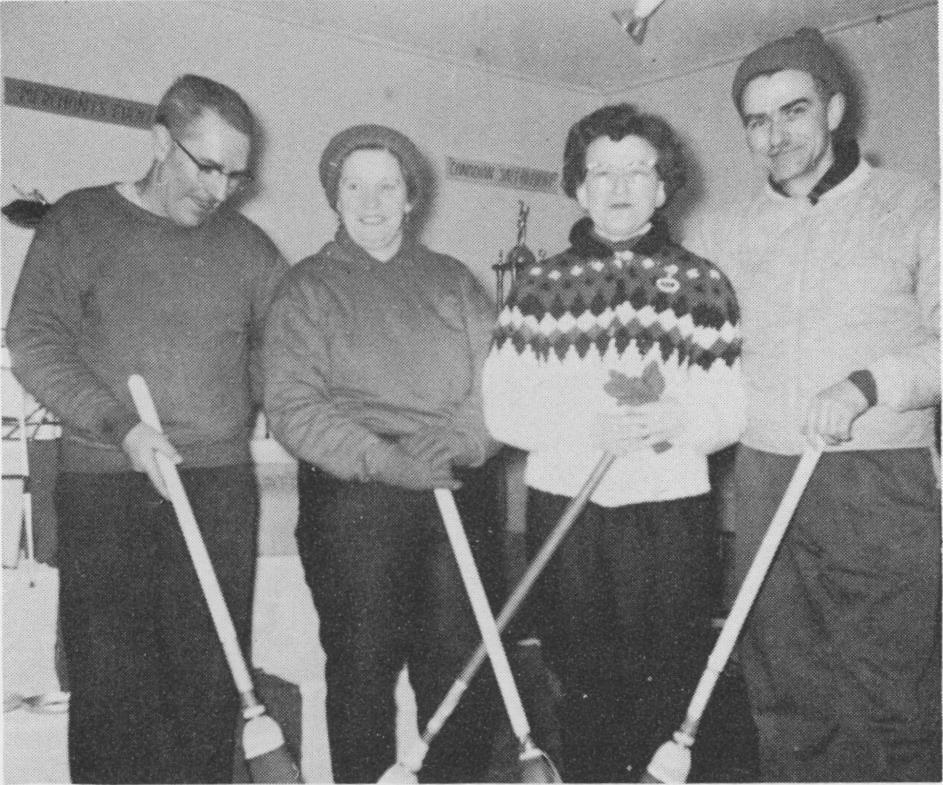 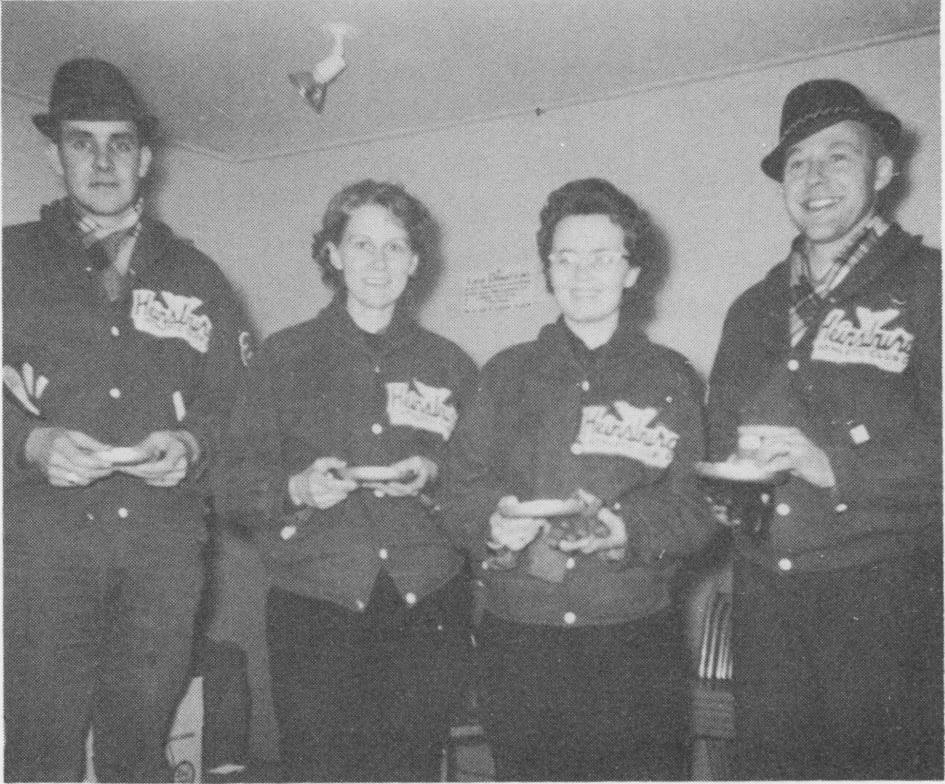 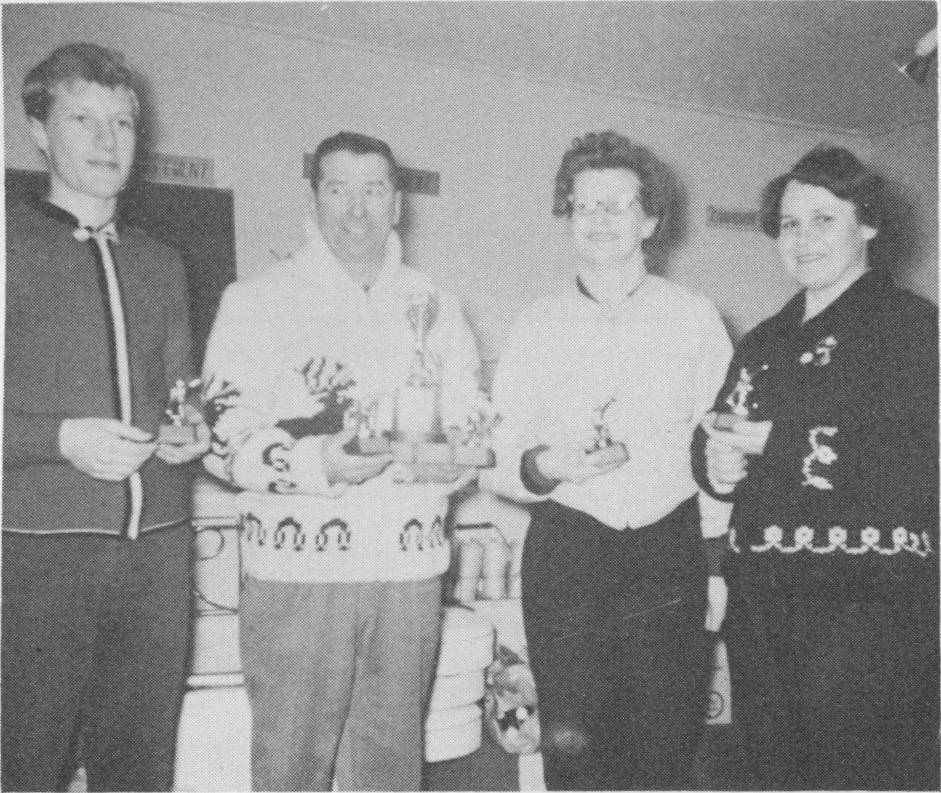 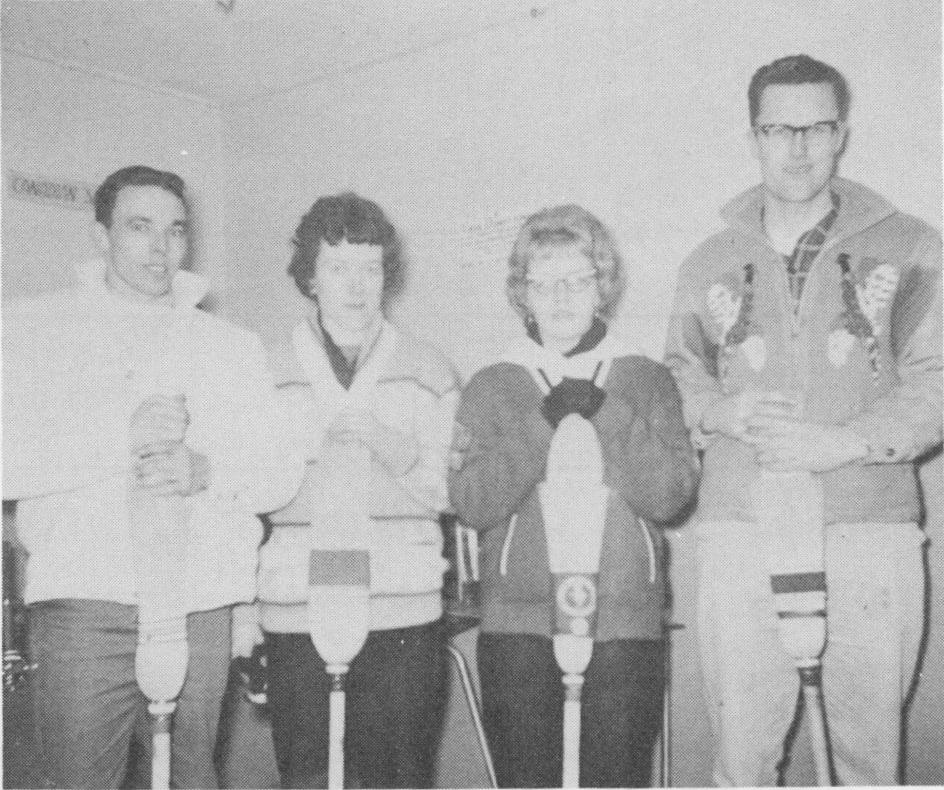 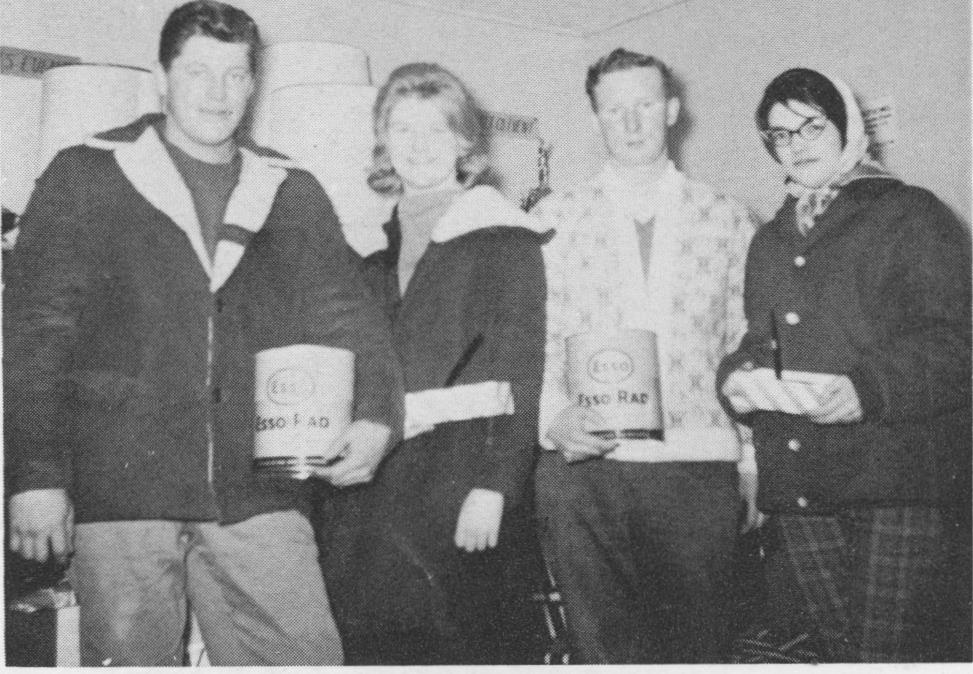 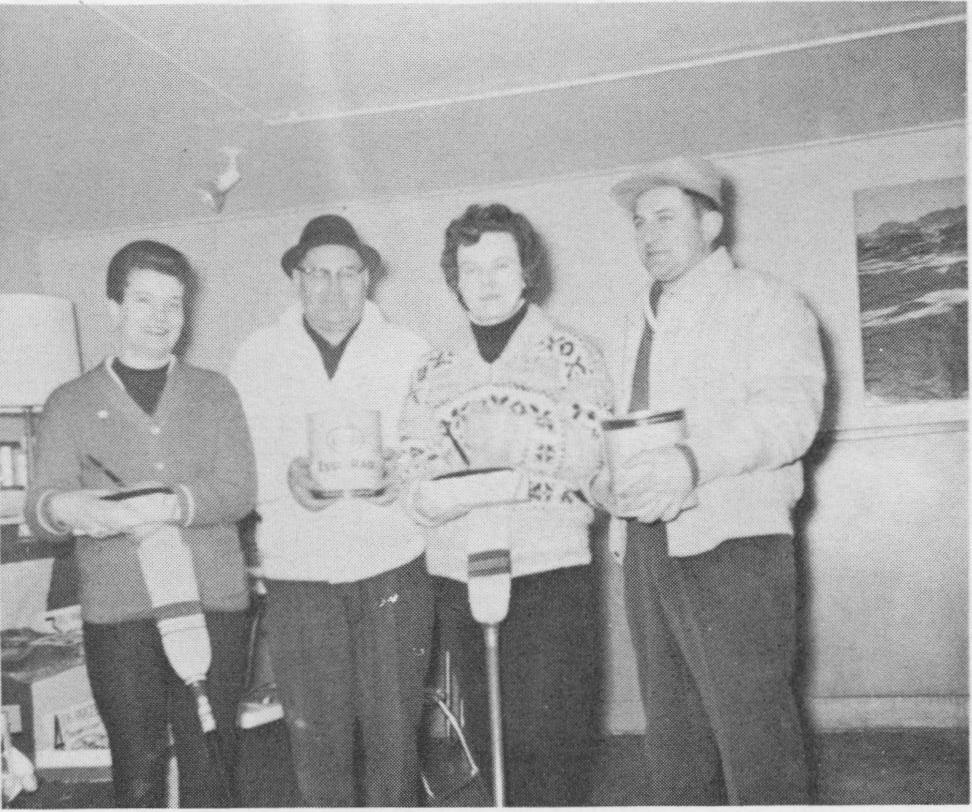