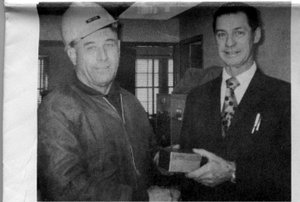 Our congratulations go to Dan Allen who completed 25 years with the Company on February 22, 1975. Dan is the Well Tender and Truck Driver for Lindbergh Plant. On the occasion of his 25th Anniversary, John Williams presented Dan with his 25- year pin and watch.

Our congratulations also go to Morris Irvine who received his five-year pin on March 10, 1975. Morris is a block press operator.

Sharon Fortin has announced wedding plans and has terminated her services as clerk/typist with the Company. We wish you all of the very best, Sharon.

Barbara John will be taking over Sharon's duties. After completing high school in 1974, Barbara attended a secretarial school in Edmonton. Welcome to Lindbergh, Barbara.

During their visit we had two curling spiels, one was for the A. J. Robinson Trophy and the other was for the Martin O'Day Trophy.

The A. J. Robinson Trophy "Grudge Match" was an exciting event with Lindbergh retaining the trophy again this year. The winners were Ed Pankiw, George Krissa, Ron Seal, and Elmer Bjornstad. The runners up were Doug Keil, John Herne, Jack McCallum and John Williams. John
Williams!!! Do you smell a traitor???

There was an enormous variety of delicious foods served for lunch. The lunches were provided by the ladies.

Following the spiel we gathered at the home of Mr. and Mrs. John Williams for a very enjoyable evening. We started the evening with a lovely meal served by Mrs. Williams. After dinner the men kept the pool table quite busy while the ladies enjoyed a game of whist.

Sunday was the spiel for the Martin O'Day Trophy.

The winners were John Herne, Lily Seal, Elmer Bjornstad, and Connie Capjack. Runners up were Doug Keil, Jane Dikeman, Tom Melynyk, and Orest Capjack. The other curlers are all "WINNERS" in our book as they are all such good sports. 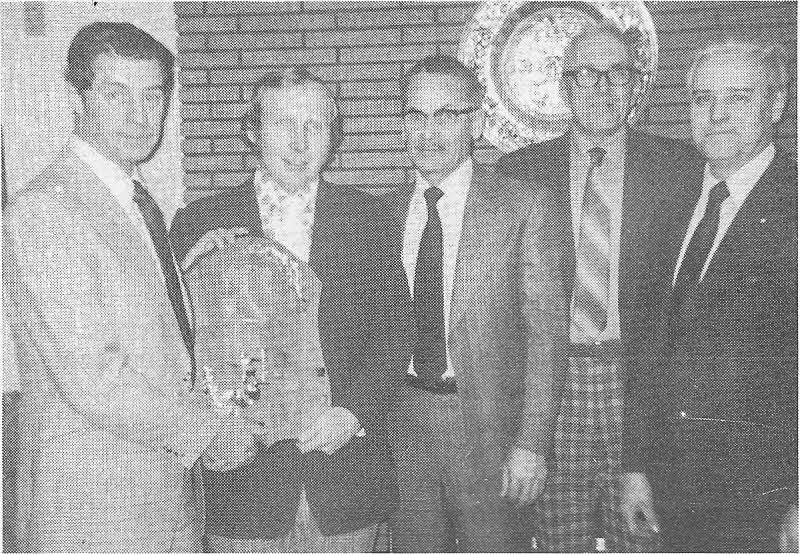 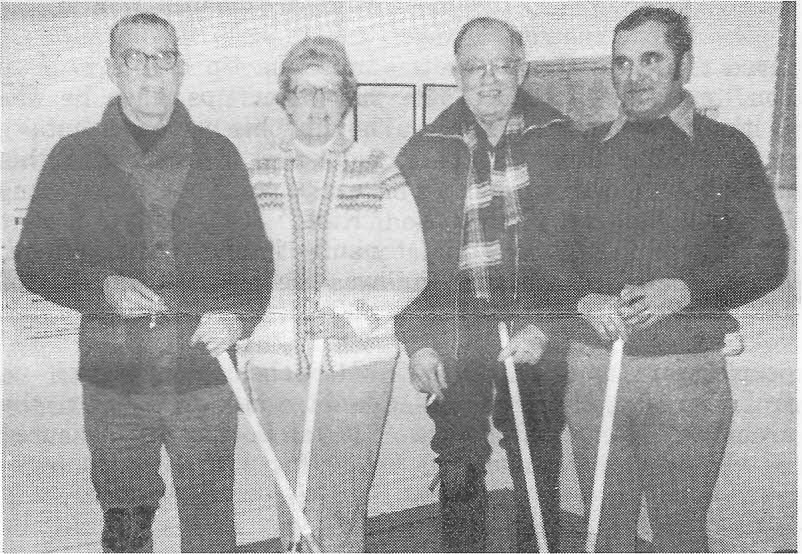 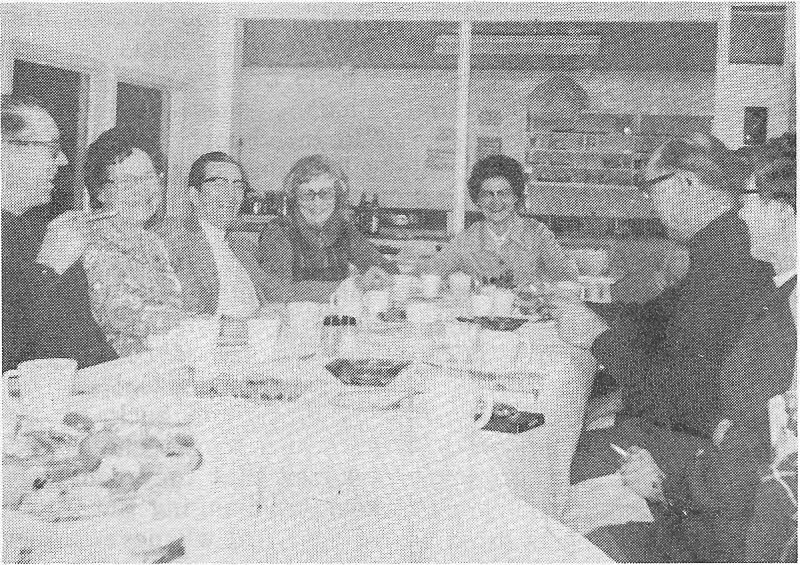 Lunch at the curling rink 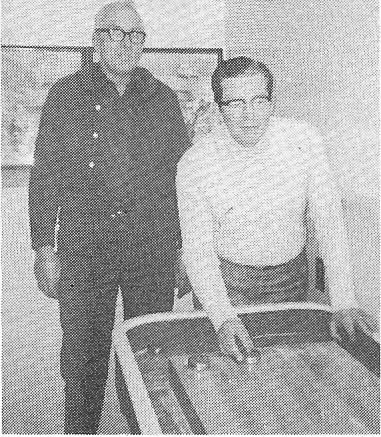 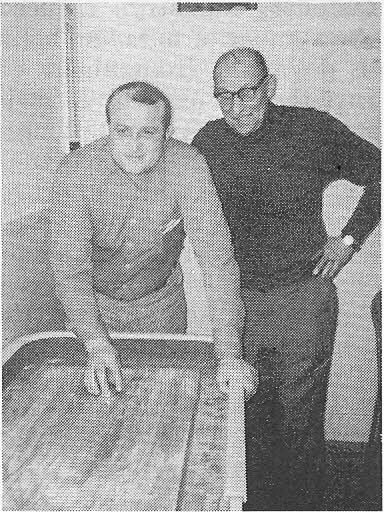 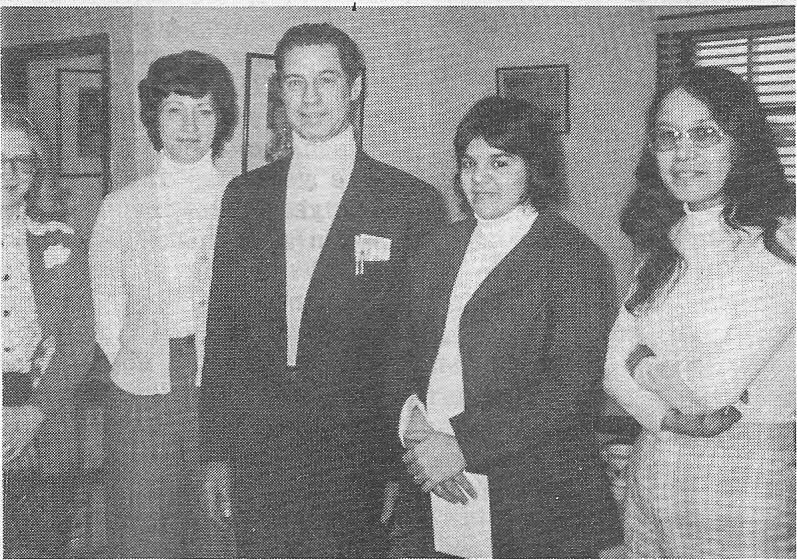 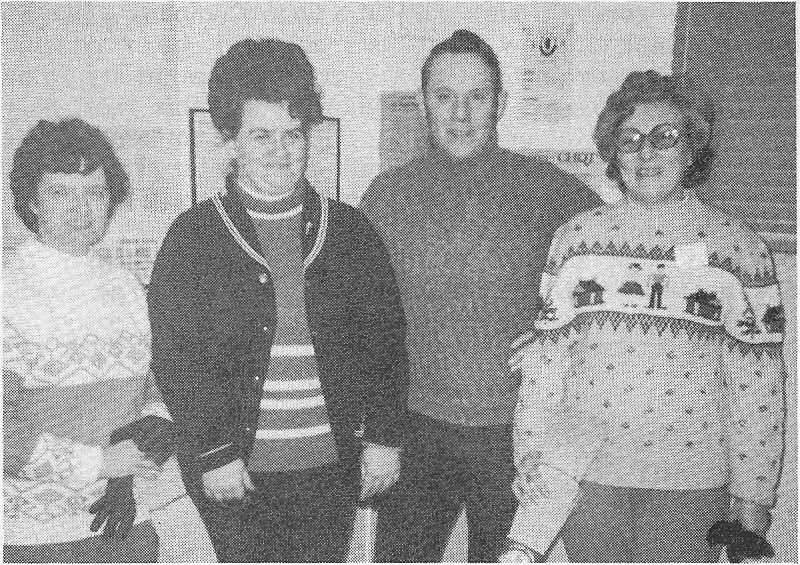 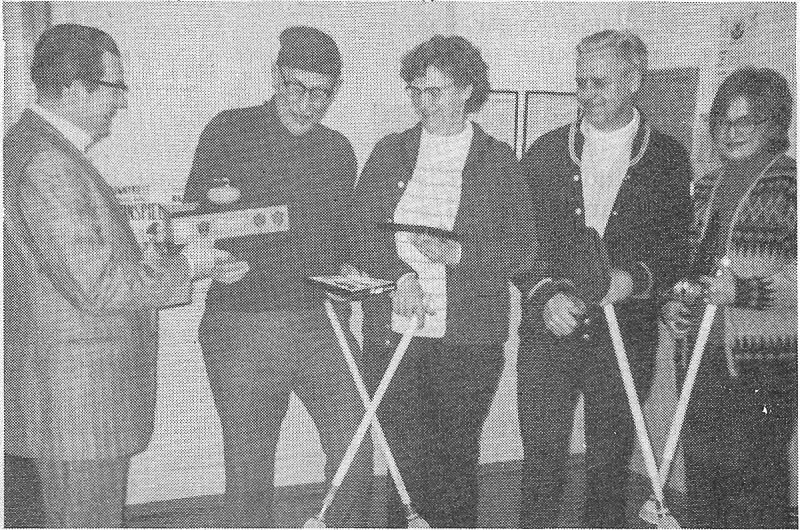