At the Annual Election of officers for the Windsor Club, the following Executive was elected:

Members of the Executive remaining in office are:

A Windsor Club party was held September 22, 1962 to honor Mr. and Mrs. L. Grosso and Mr. and Mrs. J. Nimmo. Mr. and Mrs. Grosso have subsequently moved to Penticton, B.C. following Louis' retirement from Company service. Mr. and Mrs. Nimmo have moved to Pugwash due to John's transfer there. Both couples were presented with gifts of luggage. The local women presented Mrs. Grosso with a lawn chair to match the one the Union presented to Louis. The party was well attended and enjoyed by everyone present.

Newcomers to the townsite are Mr. and Mrs. W. Sullivan. Mr. Sullivan is a powerhouse shift engineer.

Tom McLennan recently journeyed to Calgary for a reunion with the "Scotch" of the Calgary Highlanders.

Dan Allen recently returned from a trip to the Okanagan Valley in B.C.

A holiday in sunny California was greatly enjoyed by Mr. and Mrs. Frank Reintjes. All their friends will be sorry to see the Reintjes leaving soon. Frank has accepted a position with a consulting engineering firm in Edmonton.

The new company truck adds a touch of color around the place. A change from blue to red.

Recently confined to hospital were Darlene Wyness and Faye Anderson.

Recent additions to the Salt Licks Family include baby girls for the families of Mr. and Mrs. Leonard Young and Mr. and Mrs. E. H. Bjornstad.

Congratulations to John Zaraska on his recent marriage to Miss M. McGuiness.

George Krissa has returned to the big game country and is presently stalking crippled moose, over-aged elk and other denizens of the Edson swamps.

The people of the Company's accounting staff had their annual get-together in Edmonton. One of the highlights of their gathering was a trip to Lindbergh and Elk Point. All arrived in good spirits shortly after 2 P.M. and were taken on a conducted tour through the plant. We noted only a slight disappointment in these MEN OF FIGURES (Only four girls on the packaging crew and none in the office!!)

Their tour ended with a trip to Elk Point where Bea and John Williams were hosts to the accountants and supervisory plant staff. The hostess, with the help of Mrs. Modin, served with gracious decorum a delicious, delightful and delectable turkey dinner with all the trimmings. To these MEN OF FIGURES this ADDED to their pleasure, SUBTRACTED from their disappointment mentioned above, and MULTIPLIED their satisfaction with no DIVISION in the ranks. The statistical PERCENTAGE remained at 100: that the way to a man's heart is through his stomach!

The 24 that were present at the dinner were:

An expression of sincere thanks was extended from everyone to the host and hostess which was gracefully accepted. 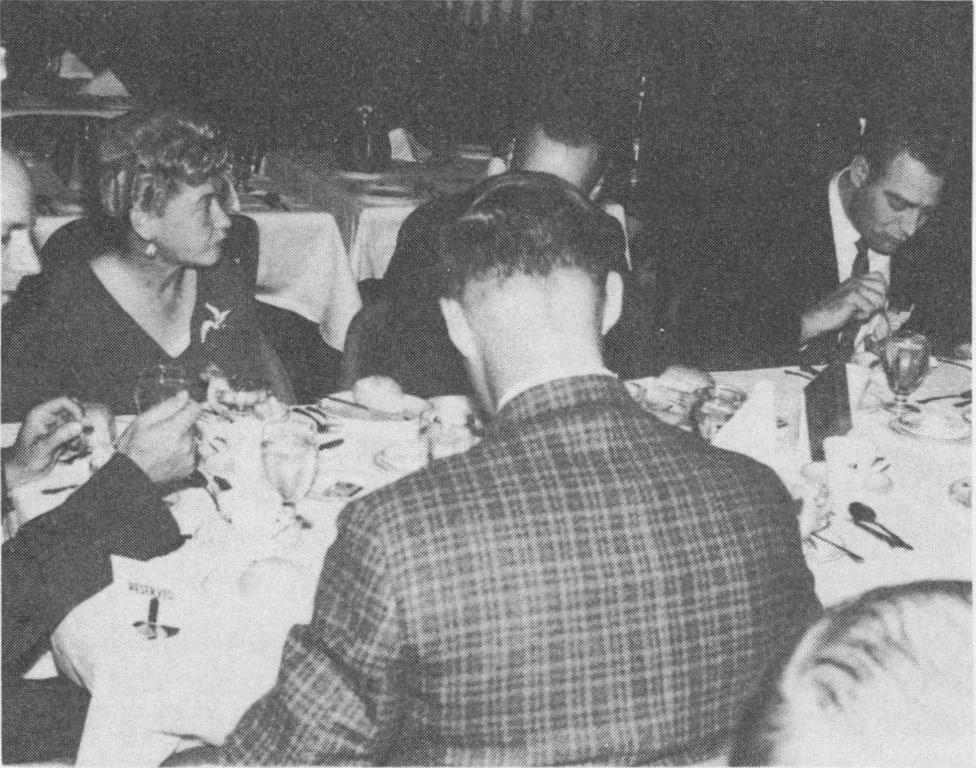 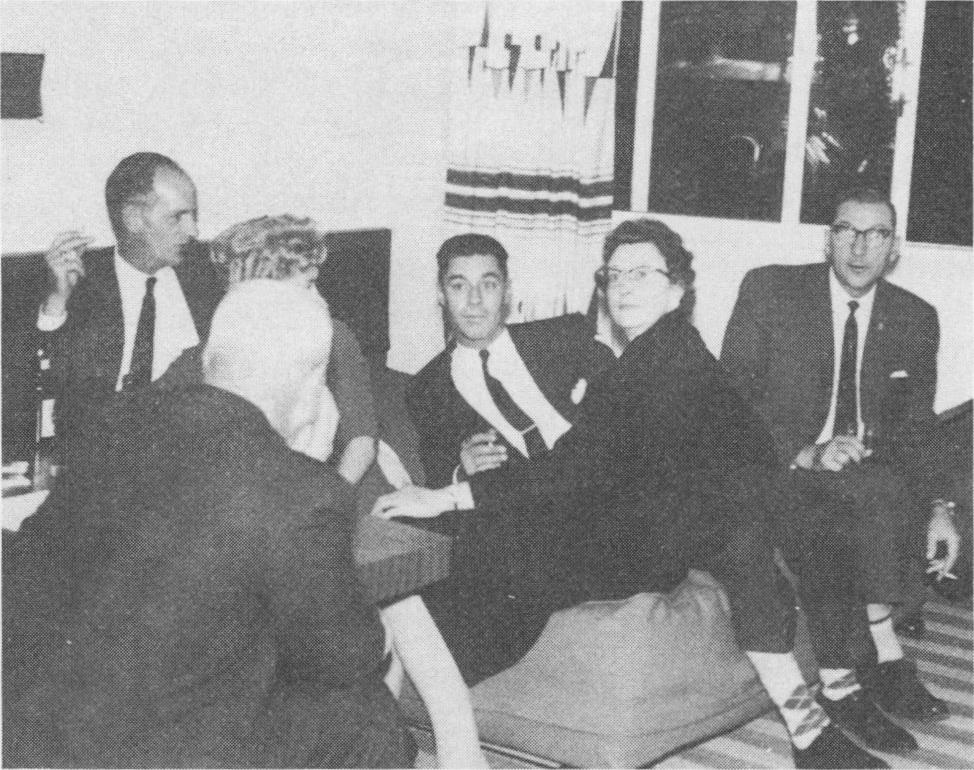 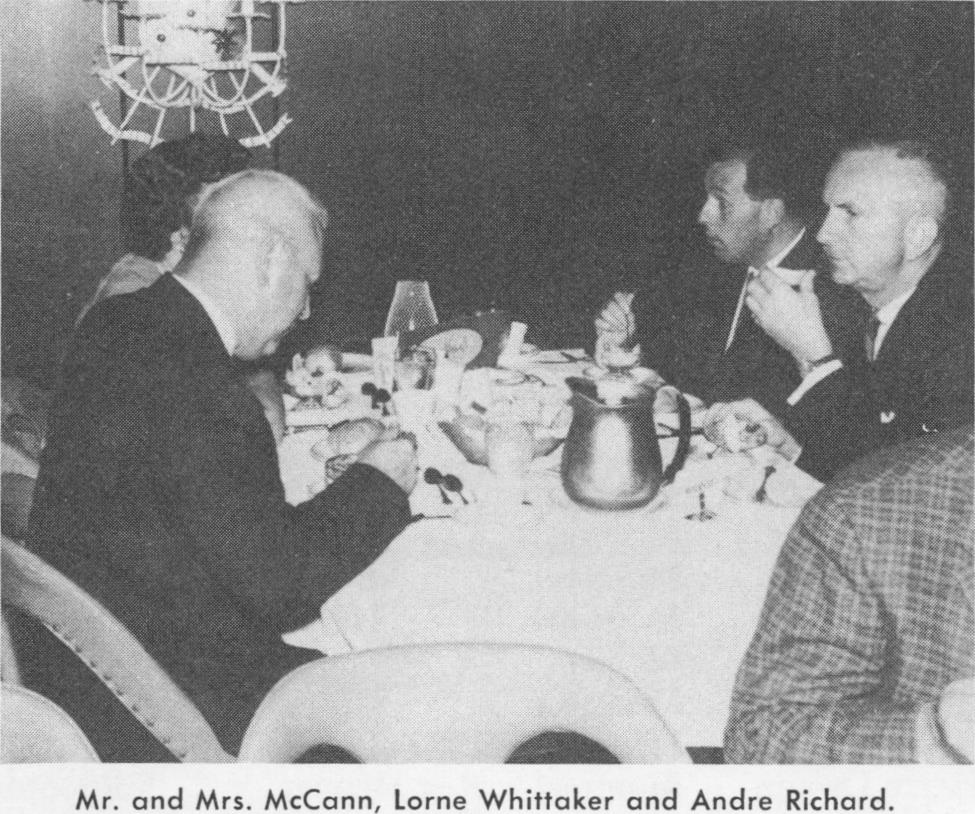 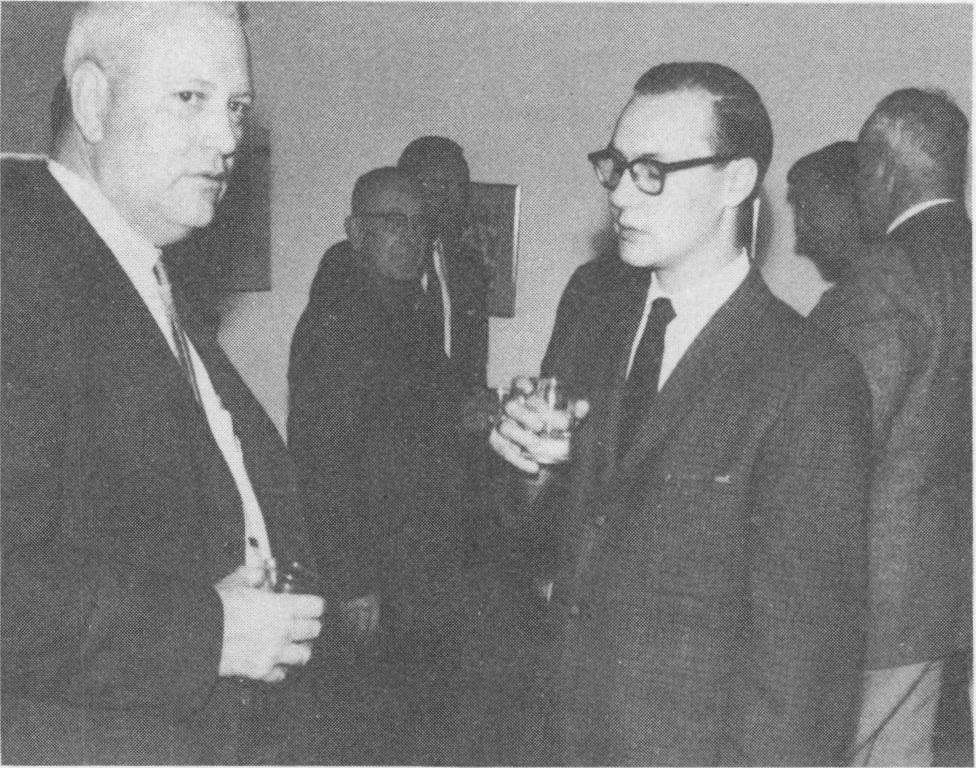