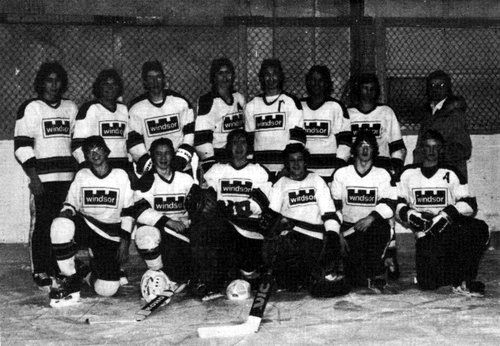 Among some of the teams' accomplishments this season, was the winning of a gold medal at the North Battleford Annual Midget Tournament held in December, 1983. They also won a gold medal at The Alberta Winter Games which were held in February, 1984.

The Windsor Midgets advanced to the Provincial Finals, which were held the last week in March, where they placed fourth. 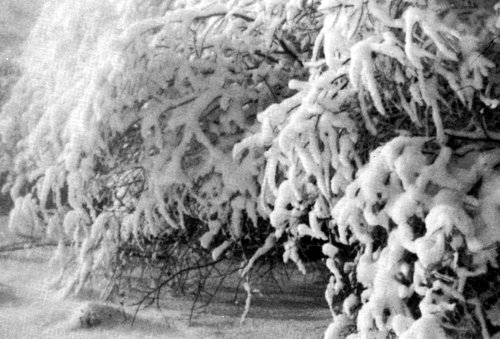 Near gas well. Frost on branches is approximately 2 inches.

Gordon Fakeley, our Well Tender, started carrying his camera when the December frost was at its heaviest. The beauty of the frost had to be seen to be appreciated. Gordon submitted this snapshot which shows the trees bending to the road surface. The frost was so heavy that wire fences appeared to be pole fences. The weigh of the frost broke many trees, branches and power lines.

Best wishes on your new positions!